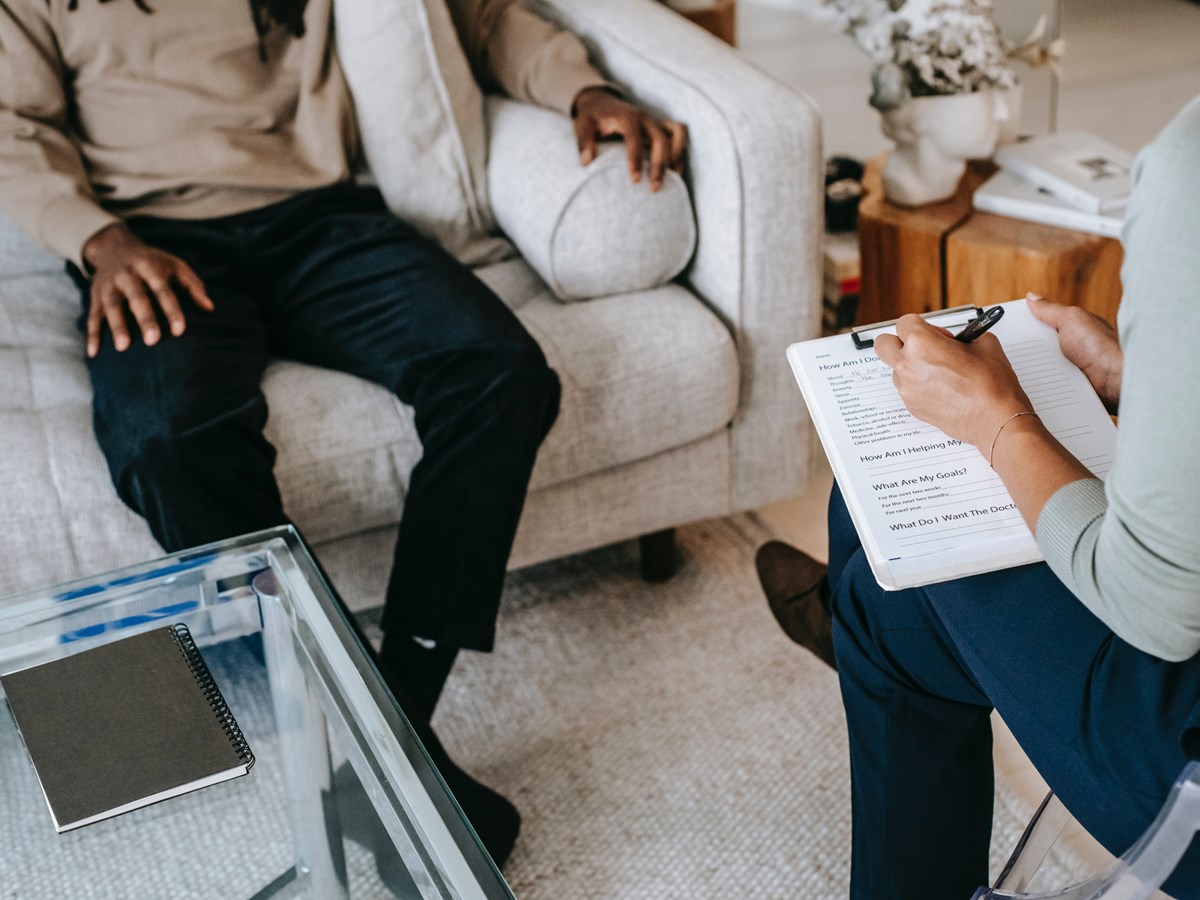 Photo by Alex Green from Pexels

May is National Mental Health Awareness Month across the country, and with the pandemic slowly improving in California, now is an excellent time to start taking stock of your personal experiences and mental health.

After a tumultuous period where over 570,000 Americans lost their lives to a virus, health experts have yet to figure out how many more lives were lost in connection to, but not from, COVID-19. Some health experts have already been working on a little bit of research to find out.

Johns Hopkins University Co-Director of the Anxiety Disorders Clinic and Psychiatry and Behavioral Sciences Assistant Professor Dr. Paul Nestadt looked at the case rates of suicide for Americans through the pandemic. He found the data to be a little unexpected.

“So, the national data that’s just come out shows that there has been maybe a slight decrease in suicides in general, which was surprising,” Nestadt said on Insight.

His study that focused on Maryland residents found that even though there was a general decrease in suicide, there was an increase among African Americans and Black Marylanders.

“In fact, during the lockdown period, the suicide numbers doubled compared to historical years,” Nestadt said, “There’s been some other studies in other small areas, [such as] Connecticut, Chicago, that have found something very similar. Overall numbers go down, meaning white numbers go down, and the Black numbers go up.”

Nestadt joined CapRadio’s Vicki Gonzalez on Insight to discuss his research on the mental health of Marylanders and how that may apply across the country.

On the scope of Nestadt’s research

We were interested in how the pandemic played across time. So we were very interested in during the lockdown period in Maryland, which was also the time we had most cases. We looked at before that, during that, and after the lockdown when reopening started in the state.

It’s very clear that this pandemic affected different populations in different ways. Something I’ve seen saying a lot is that it was a big storm. We were stuck in a storm of the pandemic, but we were all in different boats.

There were people that for them, the pandemic meant a chance to stay home and work on their sourdough recipes. But for other people, it meant job loss and isolation without any economic cushion. That creates a sense of hopelessness and helplessness and exacerbates major depressive disorder and can lead to suicide. So, it really depended on where people were starting from.

And in this country, obviously, there’s huge disparities in things like access to mental health care or health care in general, and in the way that people are treated by the health care system and other systems depending on their race.

So it was maybe not surprising to see that the Black population, which already showed higher rates of COVID infection, [and] high rates of COVID fatality once infected, it’s sort of a larger impact of the pandemic would have this increased suicide rate that might be seen as a marker of higher distress. I think pretty clearly it’s a good marker of higher distress in the population.

On the highlights of the study

And then, after the reopening started, things started to even out again, and it kind of started to go back to the numbers we’ve seen in the past years, which have been pretty consistent.

… There’s obviously other things going on in the world that would have affected that suicide rate, and things that would affect people of different races differently … During that reopening period near the end of my study period was George Floyd’s death. That really reinvigorated the BLM movement … and so if you’re a Black American, the BLM movement might have created some sense of hope … On the other hand, it might have really emphasized the fact that you’re in danger …

So really, it’s a lot to untangle there. By dividing early 2020 into these periods, we could see just how COVID’s impact would change suicides.

So there are some studies that focus on communities of color, but it’s true that most of suicide research has been focused on whites and specifically white men. One of the reasons for that has been that there’s just very high rates of suicide in white men. Something like 80% of suicides in America are male … And so there’s been that focus.

However, it’s more and more being recognized that there are different sets of risk factors in men and women, Black and white, and in any number of sub-populations. It’s so important that we have research that doesn’t just look at the difference in those suicide rates, but actually looks at the specific risk factors there might be … There’s a few amazing researchers like Sean Joe and Leslie Adams that are doing the work specifically in suicide and Black Americans, are really leading the way.

On what to do to curb the suicide rate

That has to do with insurance status and has to do with all kinds of things, even as simple as getting to appointments sometimes. [That’s] why I’m really hopeful that now that we’ve made some shift towards telemedicine and telepsychiatry for the pandemic, that might stick around. We might be able to see access to care through that increasing.

I know I’ve had many more patients asking me to see them from across the country … They can’t find someone locally … so I think that’s a really helpful thing.

I also think it’s important on a public policy level to recognize that there was probably major economic components to some of that suffering … And so as we work on things like stimulus bills and things like rent forgiveness, student loan forgiveness, it’s important we distribute those things equitable in such a way that the people that need them the most can get access to them.

I think it’s really important that if you or someone you know or care about is suffering from depression and might be having suicidal thoughts, the first thing to do is ask them. It’s never a mistake to ask directly. You don’t plan the idea in anyone’s head, ‘I know you’ve been suffering. Have you thought of hurting yourself?”

… Recognize that there are suicide crisis lines that vary from state to state … but you can also call 911. A lot of 911 calls are people that are worried they’re about to hurt themselves … but of course, a first step for getting to that crisis point might be making sure that you have good outpatient care, trying to find a psychiatrist or therapist that can help you navigate what ends up being viewed as an illness, depression.