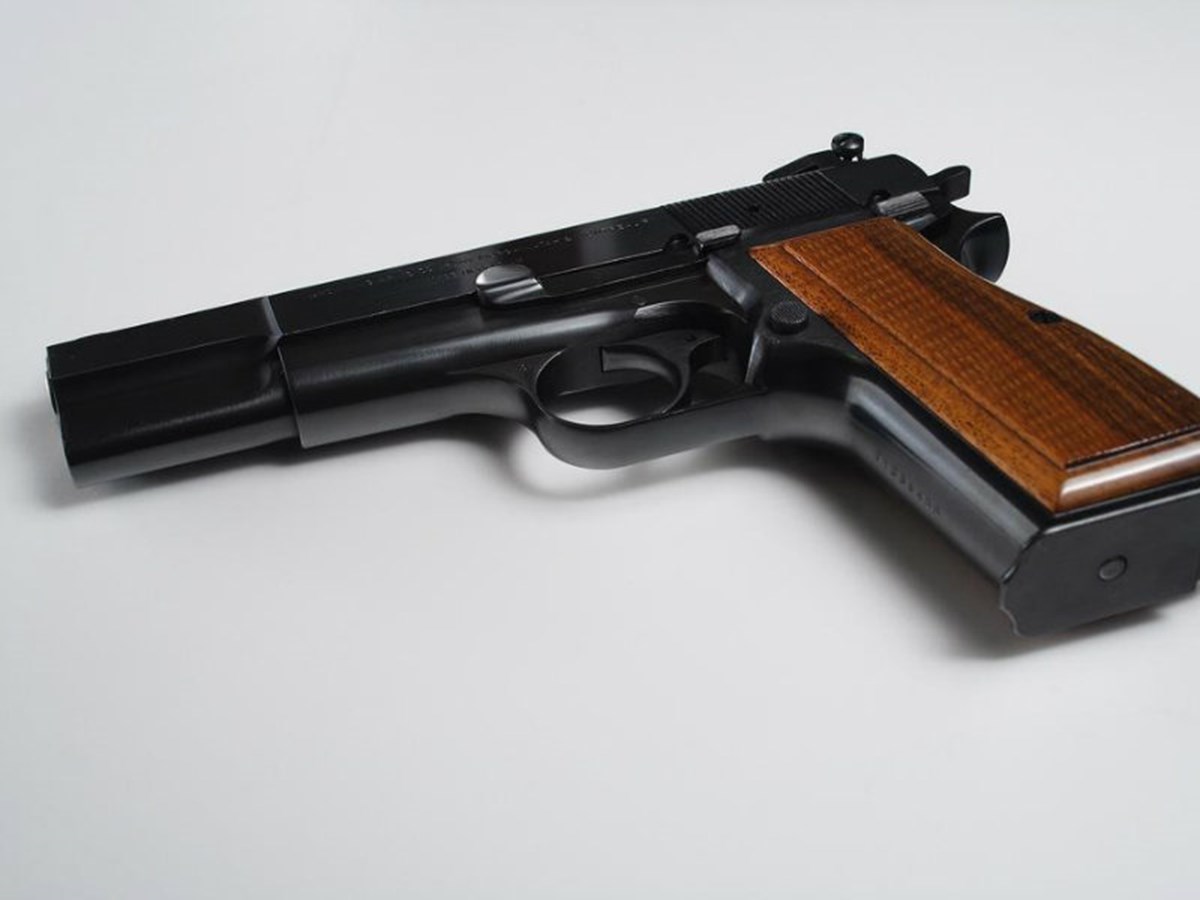 Assembly Bill 286 has been amended to remove the provisions that would have strengthened enforcement of gun-free zones in private businesses. The bill, if adopted, would still require ghost guns to be given serial numbers and be subject to a background check.

A bill making its way through the Nevada Legislature has the potential to decrease gun violence in California as well as the Silver State.

Assembly Bill 286 would do two things: It would strengthen enforcement of private property rights for businesses that choose to prohibit firearms on their premises. It would also ban so-called ghost guns, which are firearms that haven’t been fully manufactured, allowing them to be sold without serial numbers.

Las Vegas Asm. Sandra Jauregui, a Democrat, is the bill’s sponsor. She says existing federal regulations create a loophole for people who wouldn’t be able to legally buy a gun.

“What we want to do is make sure that we’re closing that loophole,” she told KNPR’s State of Nevada. “That we’re not allowing someone who can’t pass a background check the ability to purchase a ghost gun.”

Unlike a complete firearm, ghost guns can be purchased without the need to go through a background check. As a result, they are showing up at crime scenes across the country in growing numbers.

According to a search warrant application filed by the Bureau of Alcohol, Tobacco, Firearms and Explosives, law enforcement recovered around 10,000 ghost guns in 2019, with nearly a third of those coming from California. The search warrant was served at the Dayton, Nevada manufacturing facility of Polymer80, a company that specializes in incomplete firearm kits, because the bureau accused it of illegally selling complete firearms through its website.

Feuer told CapRadio News that ghost guns were becoming the “weapon of choice” for criminals, since they’re essentially untraceable.

“We’re seeing that here on our streets,” he said.

Polymer80 declined to comment for this story, but directed CapRadio News to statements on their Facebook page.

The company sells complete firearms through federally-licensed dealers, but also markets incomplete receivers and frames — which are not imprinted with serial numbers — through its website.

Currently, the ATF only considers one part of a gun to actually be a firearm: In the case of long guns, that’s the receiver, where ammunition is fed into the chamber by the magazine. For semiautomatic handguns, it’s the lower frame, which consists of the pistol grip and trigger housing.

A receiver or frame that falls below the ATF threshold for the “stage of manufacture” that defines a finished firearm is not subject to regulation under federal law. For decades, that threshold has been set at 80% complete.

Companies like Polymer80 sell those incomplete receivers in kits that include the tools to finish the weapon, including drill bits and jigs to guide the buyer as they drill out spaces for pins, the trigger mechanism and magazine catch. The completed piece can then be assembled into a fully-functional firearm with parts that are widely available online.

“It gives you tutorials about what pieces need to be removed,” said Steve Lindley of gun violence prevention nonprofit Brady United during an Assembly Judiciary Committee hearing. “That’s all it takes for you to make this, what’s called an 80% lower receiver, into a lower receiver that then under federal law would need to be serialized.”

Lindley’s presentation also included images of 80% complete AR-15 lower receivers being sold at a California gun show, which can be assembled into a complete firearm in a similar way.

The man who shot and killed five people in Tehama county in 2017 used two such weapons. Families of his victims recently sued ghost gun manufacturers, because the killer was prohibited from legally owning firearms due to a history of domestic abuse.

And three bank robbers who got in a shootout with Stockton police in 2014 that led to a hostage being killed also used unmarked AK-47s.

“Our rate of mass shootings is substantially lower than in the rest of the country,” he said. “There’s quite substantial evidence that requiring background checks on all purchases of firearms — particularly if a permit is also required — is an effective violence prevention strategy.”

Feuer says the goal of the lawsuit filed by the city of Los Angeles is to create a fund to help abate the rising threat posed by ghost guns. He also hopes Nevada lawmakers approve AB286, because it would require Polymer80 to put serial numbers on all of their receivers and frames.

“It would likely reduce the prevalence of those guns dramatically,” he said. “The reason that criminals want ghost guns is because they’re not easily traceable, because they lack serial numbers. So the placement of serial numbers on those weapons would go a long way to deterring their use by criminals.”

Polymer80 is also being sued by local officials in Washington, D.C.

“I think this is something that definitely needs to be addressed at the federal level,” she said.

“If there’s going to be a change it should be done through the Congress,” he said.

Wheeler — who, coincidentally, was born and raised in LA — also believes the city’s lawsuit against Polymer80 is a more appropriate venue for regulating ghost guns than the statehouse.

“If there is a problem, take them to court. Take a look at it and see and let the courts make the decision. Use some judicial discretion here,” he said.

Meanwhile, President Joe Biden has said his administration will take steps to stop the proliferation of ghost guns through regulatory reform.

Although he wasn’t specific about what those changes might be, groups like Everytown For Gun Safety say the ATF could reduce the amount of ghost guns in circulation by redefining what it considers to be a firearm to include unfinished receivers.

Feuer is hopeful the Biden administration will change existing regulations so that incomplete receivers and the parts used to make them into functional weapons are all considered firearms — which would then require that they be serialized and subject to background checks in California and Nevada. If it does, he says, that would also put an end to what he calls an absence of federal leadership in responding to the threat.

For the time being, he hopes to foster collaboration between officials willing to address the growing supply of ghost guns on both sides of the state line.

“Right now, as it stands, we need each other,” he said.