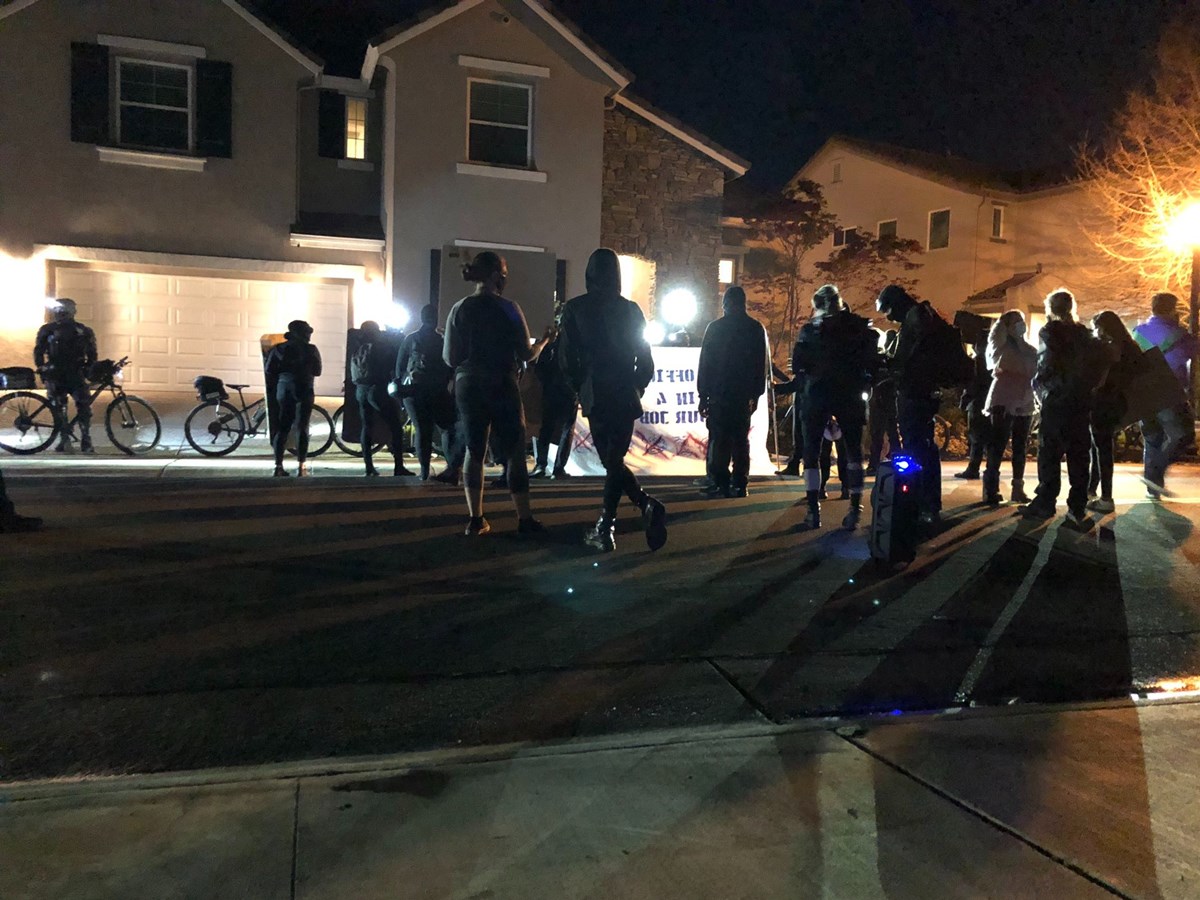 The exact origin of the flyer is unclear, but it has appeared on multiple social media accounts affiliated with local activists groups. Mayor Darrell Steinberg and members of the city council criticized the flyer’s imagery, drawing a connection to the recent spike in anti-Asian discrimination and violence. Chan is Asian American.

They also criticized the location of the protest; the starting point was a park near Chan’s home. During a February protest outside Steinberg’s home, protesters caused some damage and stole property, according to the Sacramento Police Department.

A group called Sactivists, which describes itself as a “local team of frontline activists in Sacramento,” promoted the flyer in recent days. The group pushed back on the notion that the protest had any connection to Chan’s ethnicity; they tweeted the protest was about Chan “fail[ing] to hold Police accountable.”

Earlier Sunday, the group tweeted that while it did not create the flyer, it “acknowledge[s] that the graphic may be triggering” and it is “committed to standing in solidarity with the API community.”

Around 20 demonstrators gathered and marched to Chan's home after 7 p.m., with a heavy police presence in the area. The group started to leave the area near Chan's home around 9:40 p.m.