COVID-19 Testing In California Dropped By Over 30% In Recent Weeks. That Could Be A Good Sign 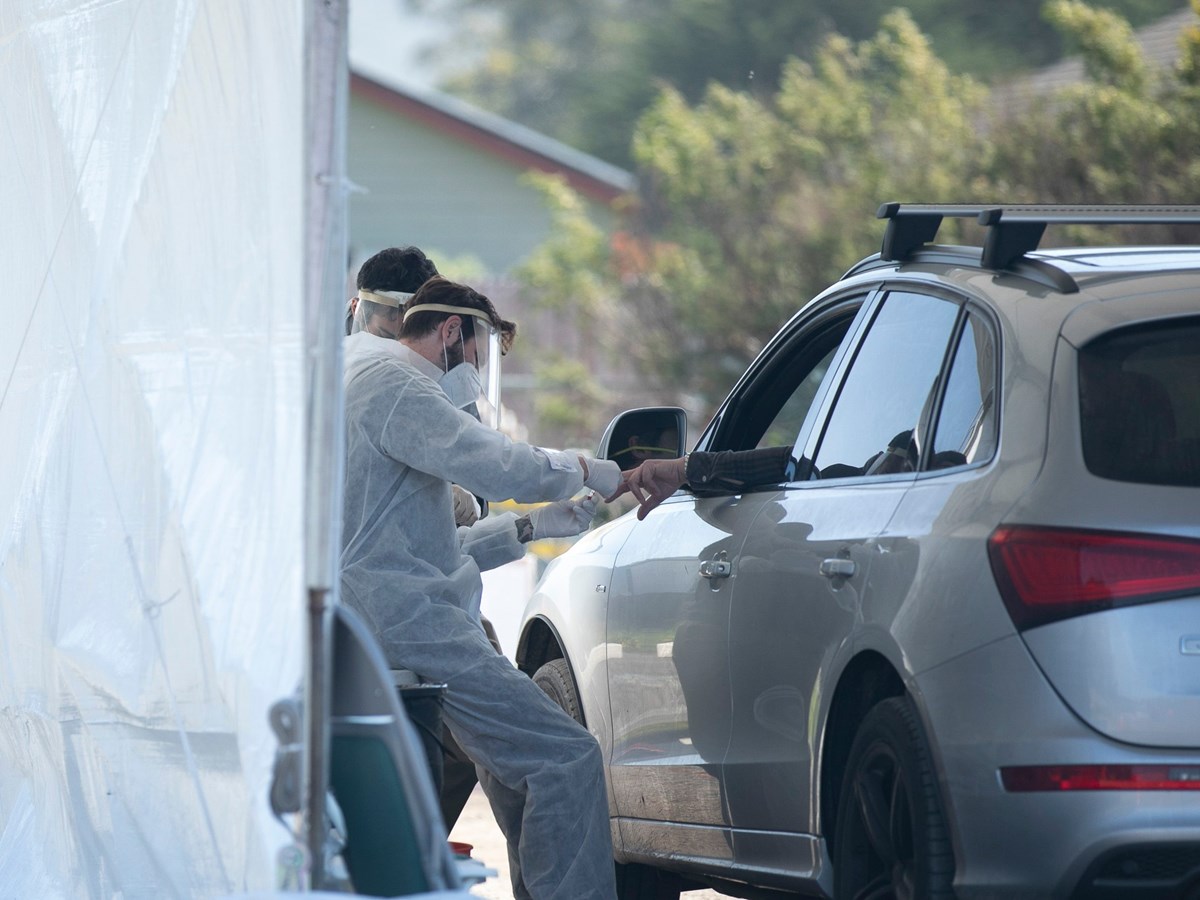 A phlebotomist takes a finger prick blood sample at a drive-through COVID-19 testing site in Bolinas on April 22, 2020. Bolinas is attempting to test the entire town in conjunction with a UCSF study, one of the first efforts of its kind in California

Photo by Anne Wernikoff for CalMatters

The number of COVID-19 tests processed in California has dropped by more than 30% in recent weeks.

Public health experts say the decline in testing makes sense — and is actually a good sign. The number of positive cases have steadily declined since the surge over the holidays, and test positivity rates are also way down.

“It is very reasonable that with fewer people who are sick, having symptoms, [and] being exposed, that fewer people are going to get tested,” said Sara Bosse, public health director in Madera County.

The California Department of Public Health says the decline reflects a national trend.

The state’s 14-day positivity rate hit 14% in early January. It’s since dropped to under 4%.

“If the testing numbers were going down but the positive rate was going up, it would be a sign that we are not doing enough testing,” said Kat DeBurgh, executive director of the Health Officers Association of California.

Testing was down across the board — at commercial labs, medical facilities and public health labs, according to data compiled by the California Department of Public Health.

Public health experts also suggested that testing sites shifting to vaccines may also be a factor.

But they add it’ll be important for the state to maintain its diagnostic capacity. Testing will be an important part of reopening the economy, and it’s possible California could see future surges.