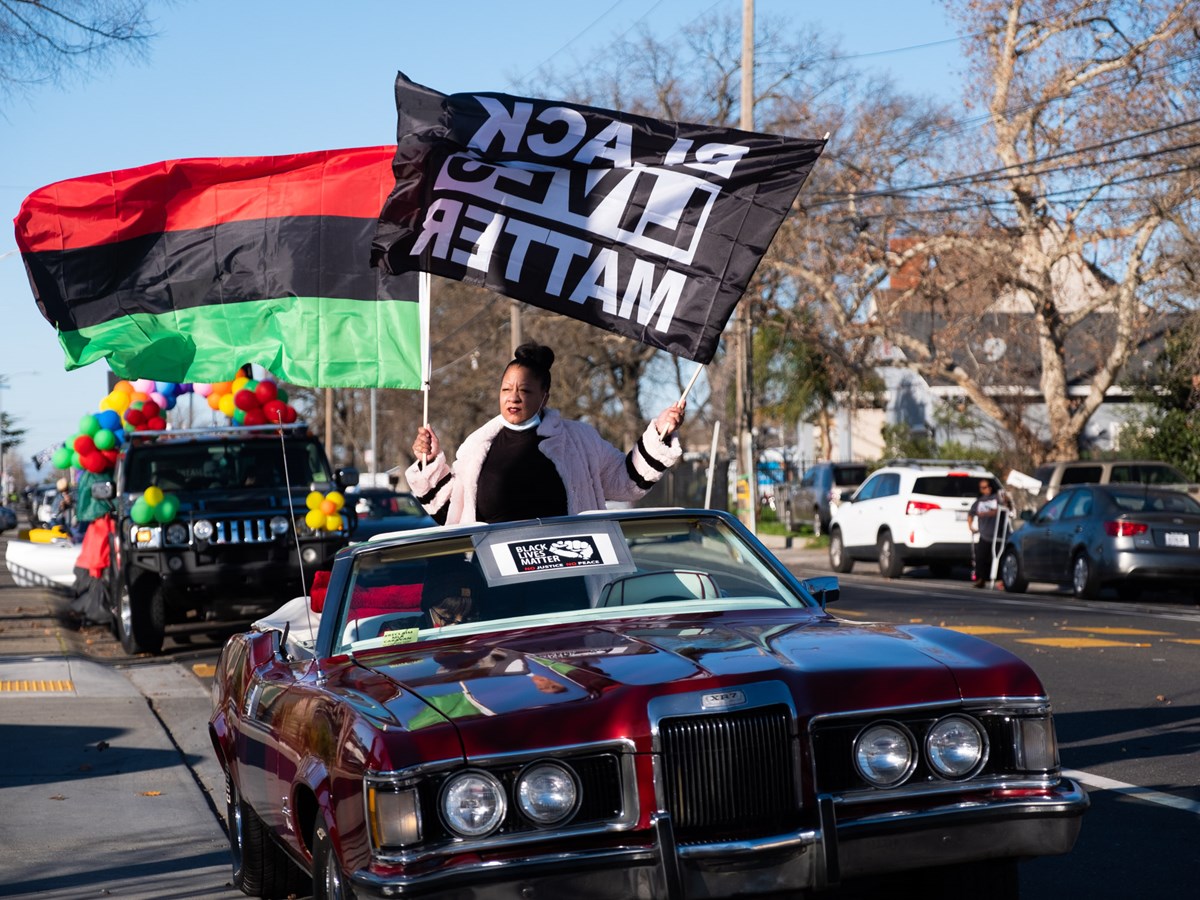 This year’s celebrations to honor Dr. Martin Luther King Jr. looked different in Sacramento. There was still music, cowbells and Black Lives Matter banners flying, but because of the COVID-19 pandemic, there was no marching.

Instead, hundreds of people packed into their cars and held a caravan parade to honor Dr. King, whose dream of racial equality has yet to come to fruition, said Betty Williams, president of the Sacramento NAACP.

“This was the year of George Floyd, where the world witnessed what we have been experiencing for decades,” Williams said.

There are typically three separate walking parades in different parts of the city, but to ensure safety and social distancing, the local NAACP and Black Lives Matter Sacramento organized a car caravan this year.

The caravan began in Del Paso Heights and wound through the city, circling the state capitol — which is currently blocked off by a six-foot fence and guarded by National Guard troops and heavy law enforcement presence in anticipation of possible violence later this week — and finishing at Sacramento State University.

Williams said, in many ways, honoring Dr. King’s message of racial equality this year was more important than ever, following a summer of unrest after the police killings of George Floyd and Breonna Taylor.

And in the wake of violent demonstrations around the country by far-right, Pro-Trump extremists, Williams said showing a unified front in the Black community was important heading into a new administration.

“We’re having our first African American woman, Kamala Harris, as the vice president, that’s celebration in itself,” Williams said. “She has the power to bring major change in America.”

The car caravan was co-organized by Tanya Faison, founder of Black Lives Matter Sacramento. Faison said she wanted the day to be an opportunity for people to get to know the “real” Martin Luther King Jr.

For some of those who came out, honoring Dr. King meant signaling hope.

”We want to get back to where we need to be in America,” said Stacey Drew, a parade participant who pointed to Kamala Harris’ vice presidency as a sign of Dr. King’s dream.

For others, like Debra Cummings, the parade meant reconnecting with old friends.

“We need to keep the same spirit, seeing old friends that you haven’t seen in over a year since the pandemic. It’s different this year, but we’re still working for the same cause,” Cummings said. “We’re out here representing peace, love, harmony and keep hope alive, we’re winning.”

And for Rodney Bryant, who participated in the annual parade for the first time this year, it meant remembering Dr. King’s legacy and message of racial equality despite the political upheaval in recent weeks.

“I wanted to be a part of Sacramento history,” he said. “Right now it’s a beautiful sight to see the unity, the determination of the people to continue to persevere in the face of a pandemic, unity is strong.”