Q&A: Shasta County Supervisor Recalls Threats Made At Board Meeting Day Before Breach Of U.S. Capitol

While watching the insurrection at the U.S. Capitol last week, Shasta County Supervisor Leonard Moty recalled threats lobbed at him and other North State officials.

A day before the national attack, a group showed up at the Board of Supervisors chambers in Shasta County to protest public health rules, including holding public meetings virtually. In one threat an attendee told the supervisors, “You have made bullets expensive, but luckily for you, ropes are reusable.”

Supervisor Moty said the threats and actions being seen both in Redding and in Washington are concerning.

"Things can quickly spiral out of control," he said. "And when you have people making these kind of statements, all it takes is a little bit of a mob mentality to take over and things can get out of control pretty quickly."

NSPR’s Ken Devol spoke with Moty on Wednesday. Here are highlights from their conversation.

I support anybody's right to come to a board meeting when we're open, and if not, online, to voice their opinion, tell us when they think we're doing things right and when we're doing things wrong, when we should do something differently if they have a suggestion. They can even yell if they want to, if that makes them feel better to be louder. I think it crosses the line, though, when it starts getting into actual physical threats. And that's what we're starting to see more of on a regular basis is people actually threatening violence or intimidation to the elected officials.

Personally, I don't get overly concerned. I'm a retired police officer. I have the means to take care of myself. But I think it can lead to uncharted territory for people, as we saw just recently last week in Washington, D.C. Things can quickly spiral out of control. And when you have people making these kind of statements, all it takes is a little bit of a mob mentality to take over and things can get out of control pretty quickly.

The Los Angeles Times reports Timothy Fairfield, 44, of Shingletown asked the supervisors on Jan. 5: “When Joe Biden’s long winter sets and the dark night comes in this country, do you think you’re going to get to see the dawn? No, you will not. Flee now while you can. Because the days of your tyranny are drawing to a close, and the legitimacy of this government is waning. When the ballot box is gone there is only the cartridge box. You have made bullets expensive. But luckily for you, ropes are reusable.”

Well, I think that's what we saw in Washington too, a number of people who are part of those groups claimed to be part of militias. I think it's what's happening here locally. It's an attempt to intimidate government, whether it be at the local or state level, perhaps more intended for the state level. But I think that's exactly what it is, is a form of intimidation. I think the state government has to decide how far they want to push that and is it worth the outcome if it becomes some kind of bloody conflict.

But it's certainly concerning and disappointing that people are referring to militias as if somehow they're going to protect individuals when that's the responsibility of the government, particularly the sheriffs and police departments. I think they're setting themselves up for confrontation. I think that's what they want. And I think they're hoping that might happen in the future. I hope we don't have anything that serious, but it is somewhat concerning. 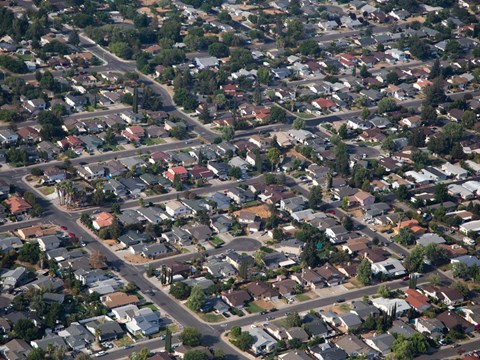