Chaos erupted in downtown D.C. A woman was shot and killed. President Trump ordered the National Guard. Violent mobs smashed windows and occupied buildings. Police had their guns drawn inside the Capitol as they attempted to control the situation.

The assault comes after two months of Trump and other Republican leaders baselessly saying the election was stolen from him.

Even while calling for peace in a video on Twitter, Trump repeated his claim that the election was fraudulent. "We love you. You're very special," he said, as he told his supporters in D.C. to go home.

Lawmakers will resume accepting the Electoral College ballots for President-elect Joe Biden on Wednesday, after authorities cleared the Capitol building.

See scenes from the assault below. 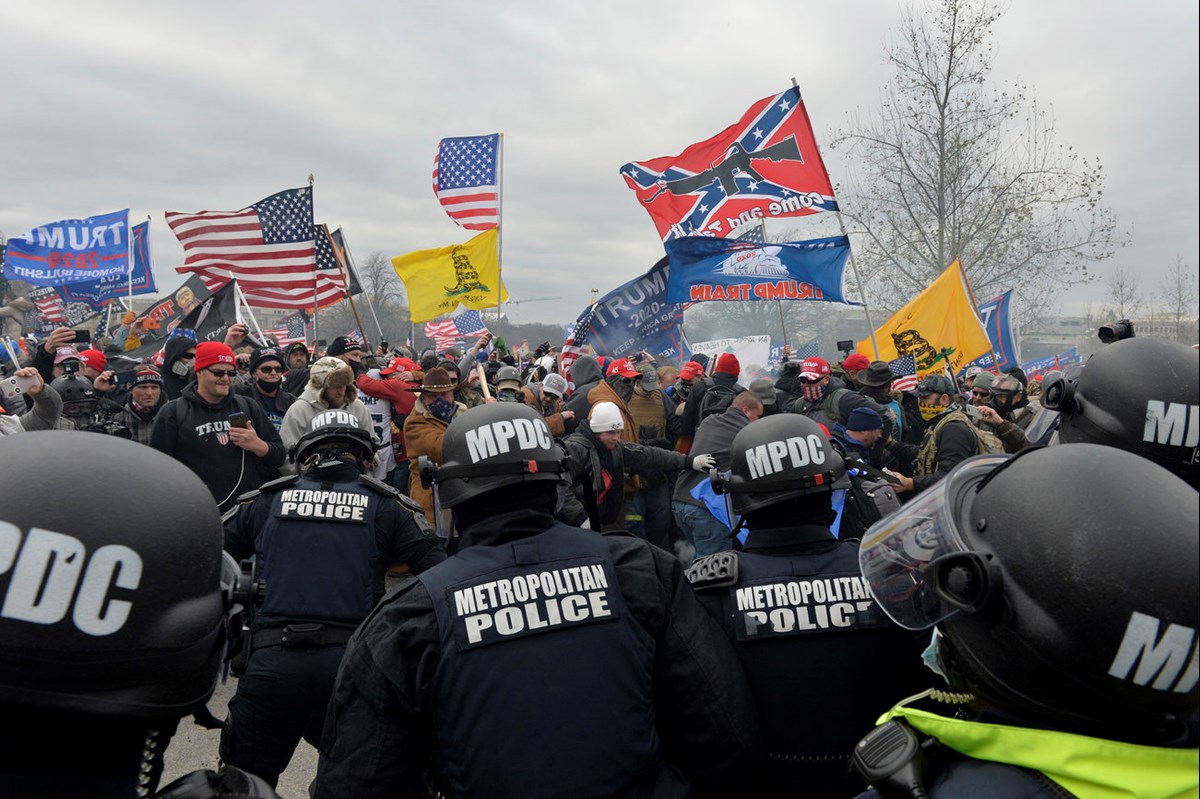 Trump supporters clash with police and security forces as they storm the U.S. Capitol.Joseph Prezioso / AFP via Getty Images 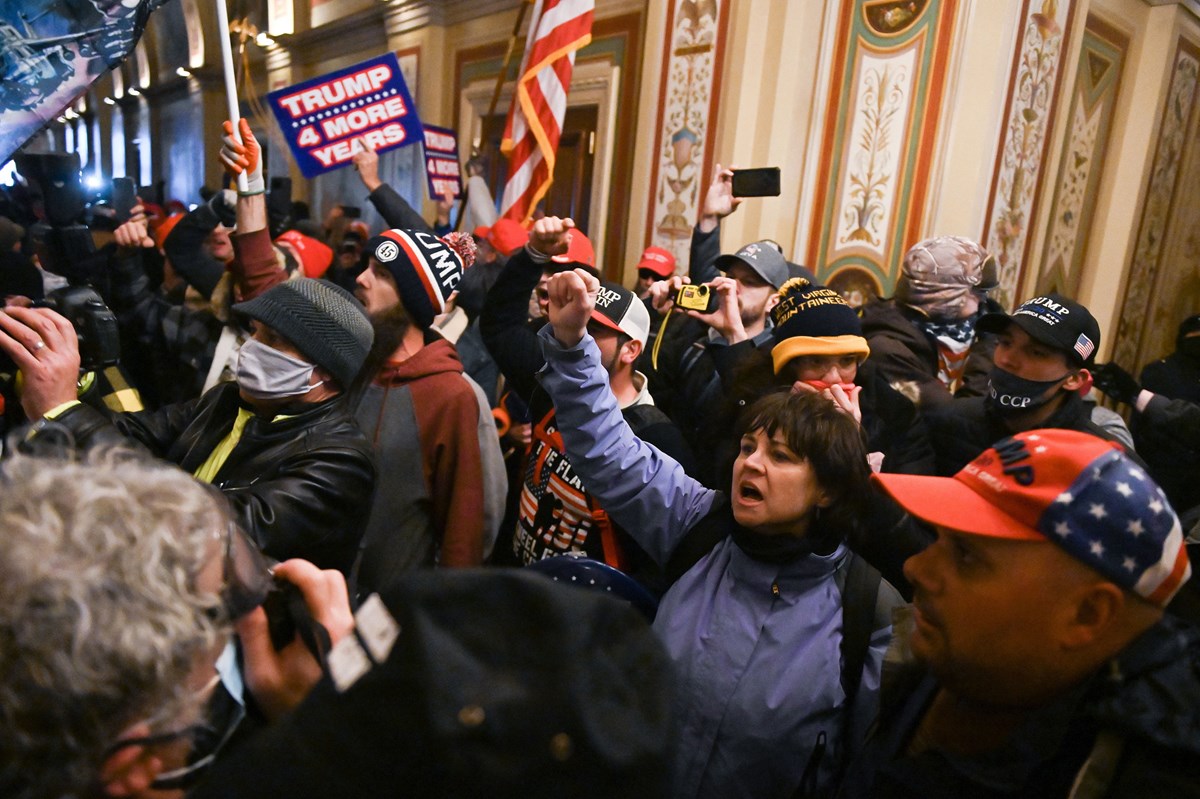 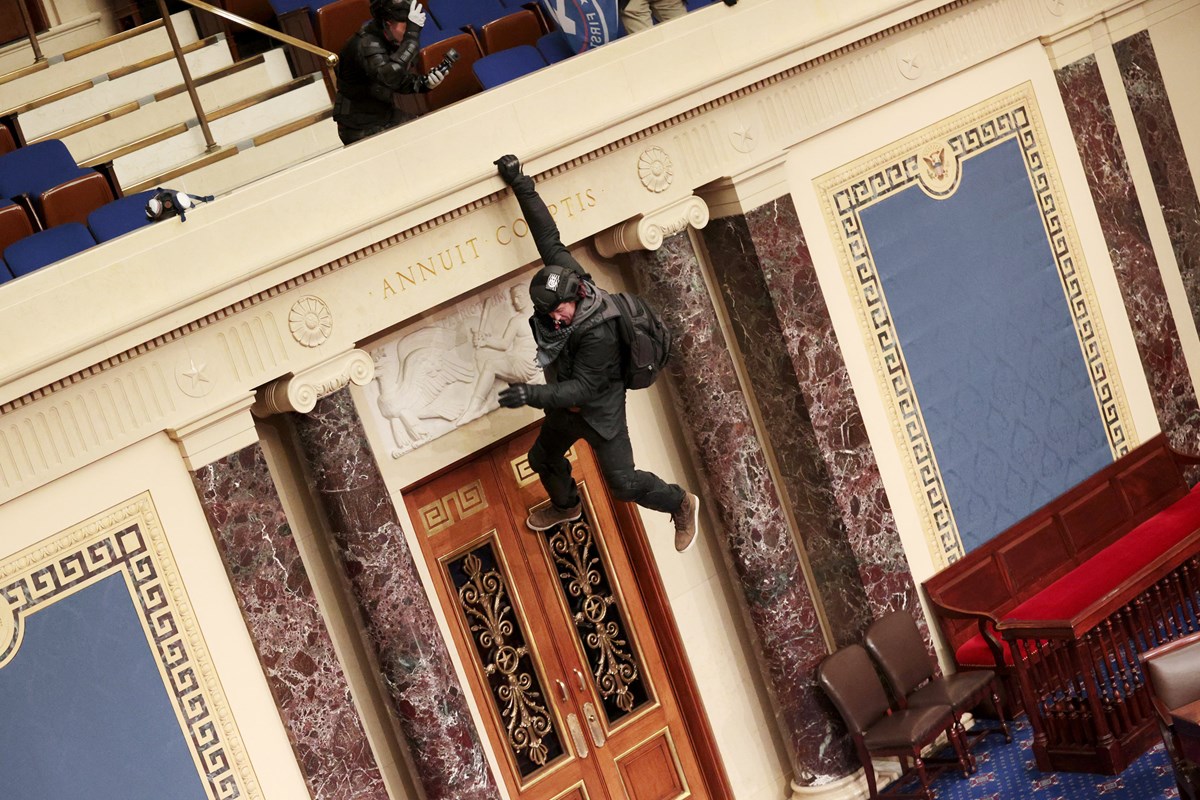 A protester is seen hanging from the balcony in the Senate Chamber.Win McNamee / Getty Images 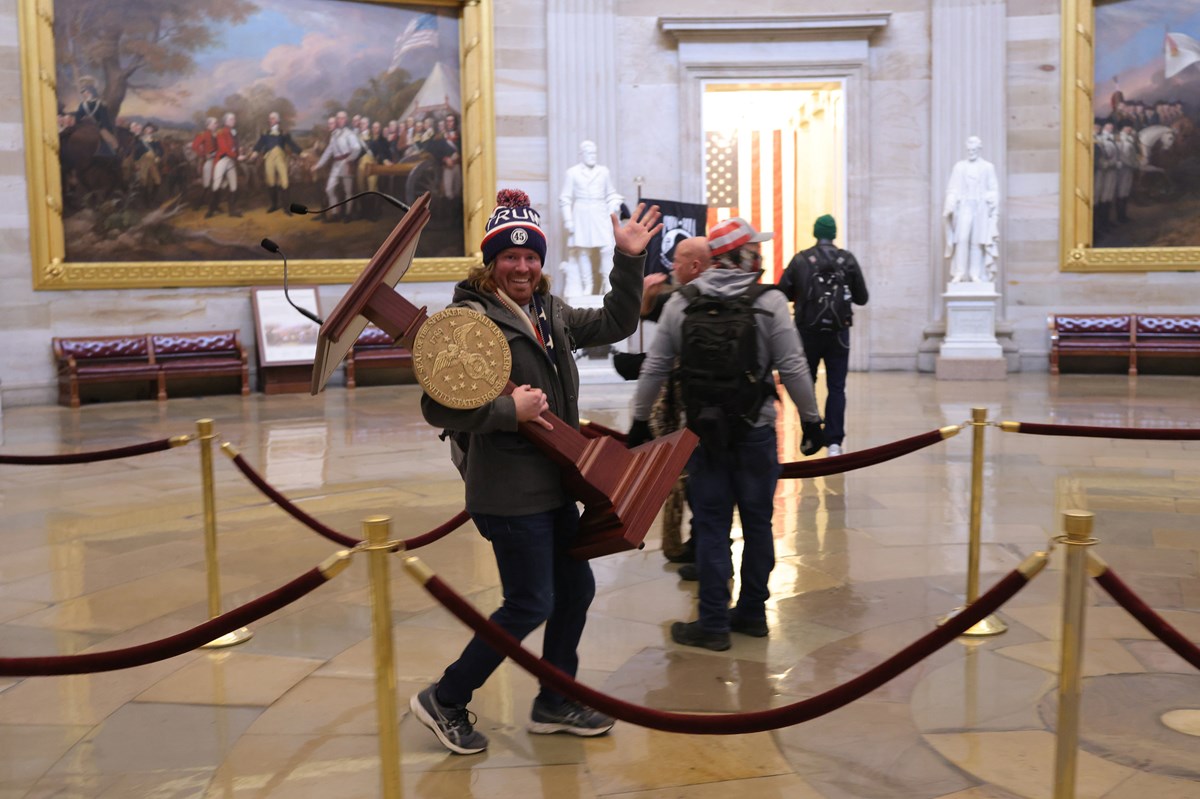 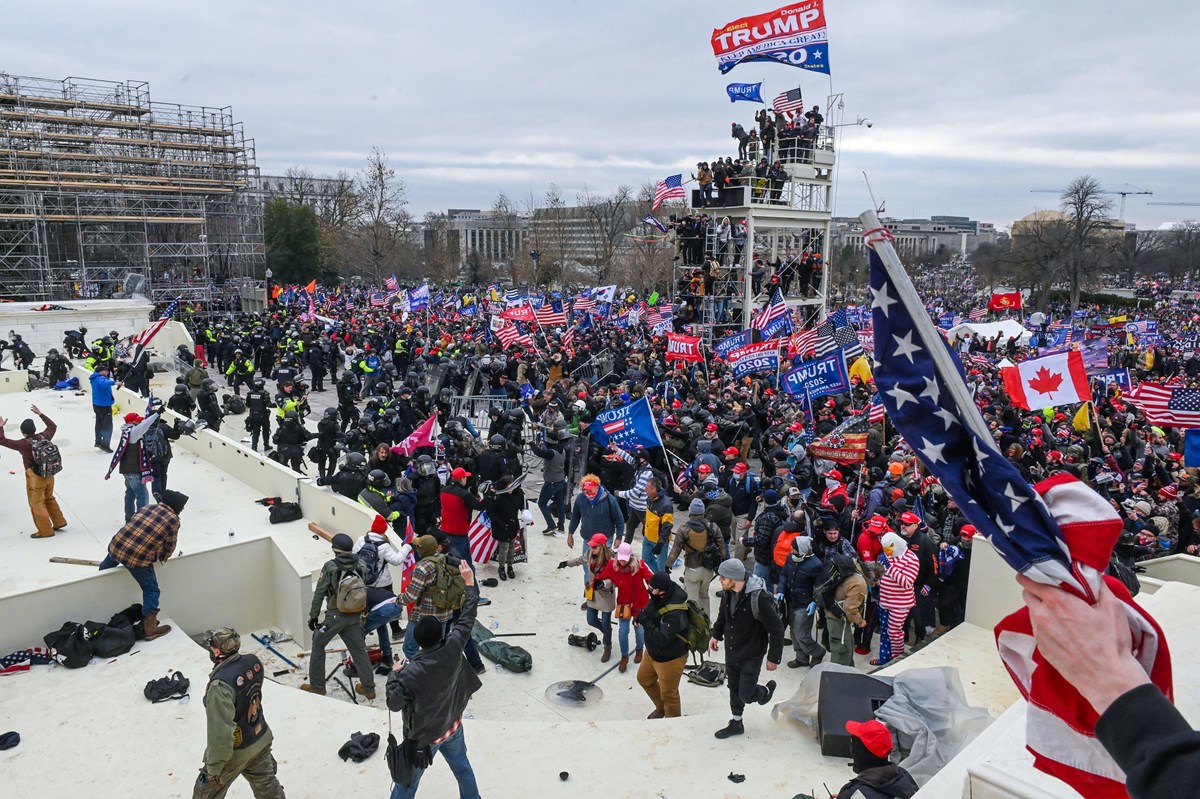 Trump supporters clash with police and security forces as they invade the Inauguration platform.Roberto Schmidt / AFP via Getty Images 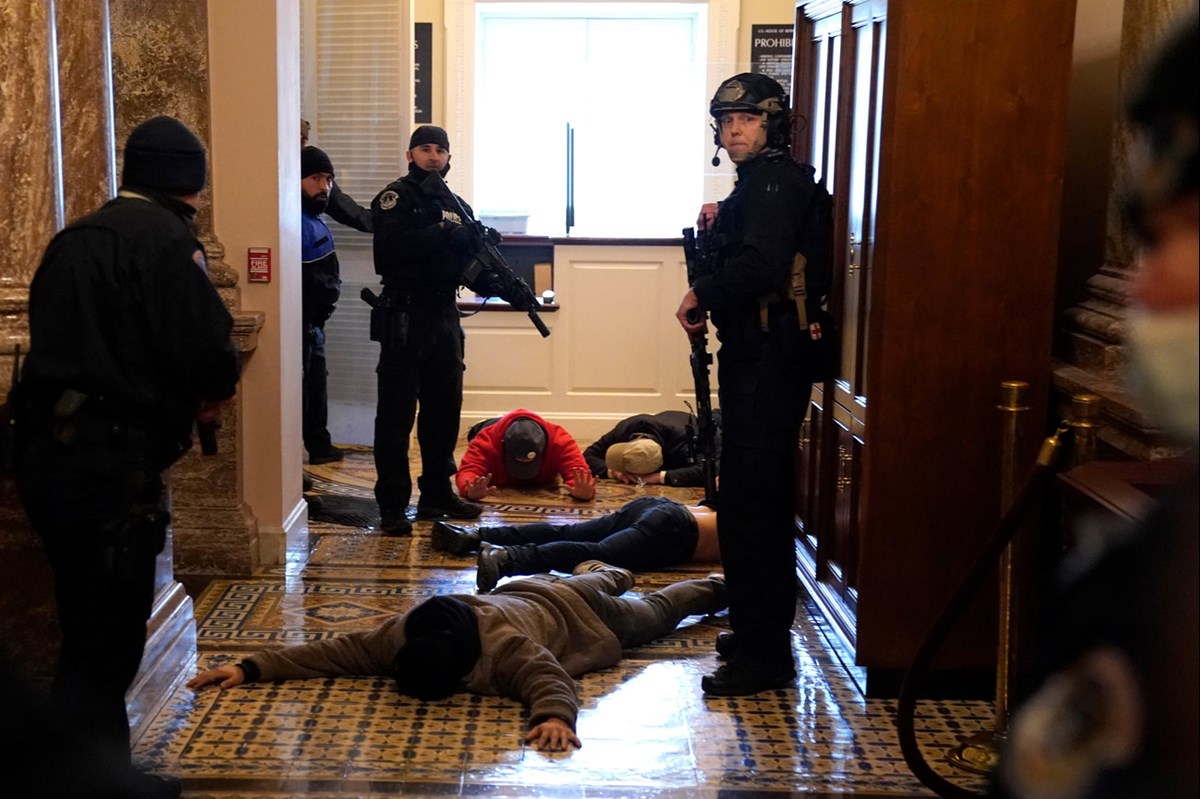 Left: A person on a stretcher is placed in an ambulance outside the U.S. Capitol on Wednesday. Right: Authorities remove protesters from the U.S. Capitol.Jacquelyn Martin / AP 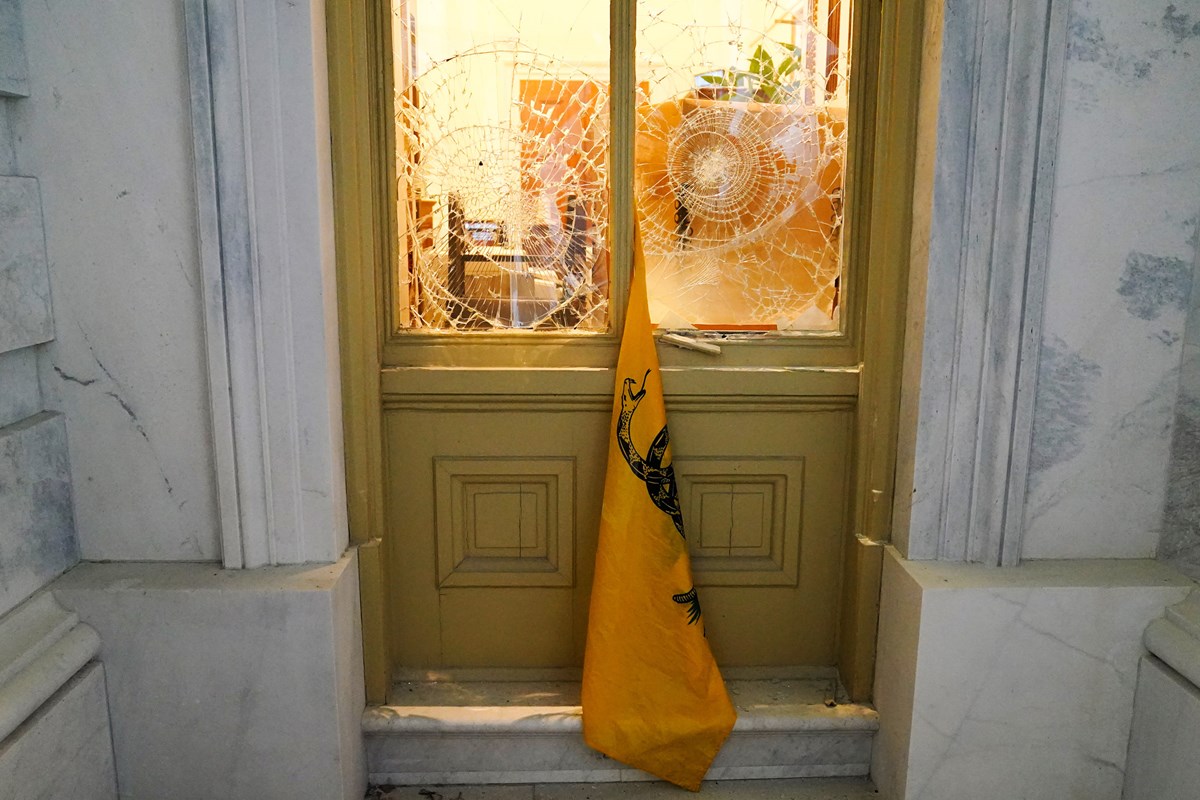 A flag hangs between broken windows outside the U.S. CapitolJohn Minchillo / AP
Follow us for more stories like this