While the first doses of the new COVID-19 vaccine are being administered to California health care workers this week — and will be available to the broader public next year — Rupert McClendon will not be rushing to get it.

“I would not trust it, in no shape or form,” said 42-year-old McClendon, a special education teacher in Sacramento.

McClendon’s misgivings about vaccines are rooted in family history. His uncle Stanton, who lived with his grandmother in San Francisco, was in and out of prison, and as a result he always had a hard time finding a job. So his uncle would sign up to be part of medical trials in order to make money, McClendon says.

“When you’re coming out of incarceration, you’re not really prepared to make it ... and his opportunities to get money were very thin,” McClendon said.

His uncle would sign up to have blood drawn, get injections or to take experimental medications for several hundred dollars a pop.

“He’d always be that crash test dummy for them,” he said.

Although he’s not aware of any physical harm that came to his uncle because of his participation in medical trials, McClendon said he was horrified by the dynamic. His uncle was desperate for money, and the medical system benefitted. McClendon has been distrustful of medical establishments from that point on, and that feeling has percolated into his attitudes about the new COVID-19 vaccine. McClendon’s not the only one with hesitations.

A recent survey by the Public Policy Institute of California suggests that only 29% of African Americans in the state said they would “definitely” or “probably” get a COVID-19 vaccine. The low confidence among this racial group is a stark contrast to the 54% of Latinos, 60% of whites and 70% of Asian Californians who said the same.

Experts say the hesitance among Black Americans can be directly traced to medical testing and that community’s negative experiences with the medical system.

“We really need to be thinking about the historical context of medical mistrust, and the Tuskegee experiment is one of the most well known,” said Denise Herd, a public health professor at UC Berkeley.

The Tuskegee Syphilis Study started in the 1930s, and was conducted on hundreds of Black sharecroppers in Alabama who had syphilis. The study leaders promised the participants free medical care in exchange for participating, but they never informed any of them that they were test subjects. The study went on for 40 years, and though a treatment for syphilis was available during this time, none of the participants were ever actually treated for their disease. Herd said children of Tuskegee participants carry scars to this day.

“One of my colleagues, she found someone in her [research] sample that had a relative who’d been affected by Tuskegee,” Herd said. “And in a contemporary sample this woman was so concerned about that kind of abuse that she would not let her child be treated for a crisis unless she was being treated by a Black doctor.”

She adds that in addition to this history, African Americans are more likely to experience subpar care in modern day hospitals because of income disparities and racial bias.

Others members of the Black community have different concerns and hesitations about the COVID-19 vaccine.

Robynne Rose-Haymer, a Sacramento resident and a consultant at the Sacramento LGBT Community Center, says she’s still on the fence about getting it because it’s a new kind of vaccine — known as “mRNA” — which has never been licensed in the United States before, according to the Centers for Disease Control and Prevention (CDC). 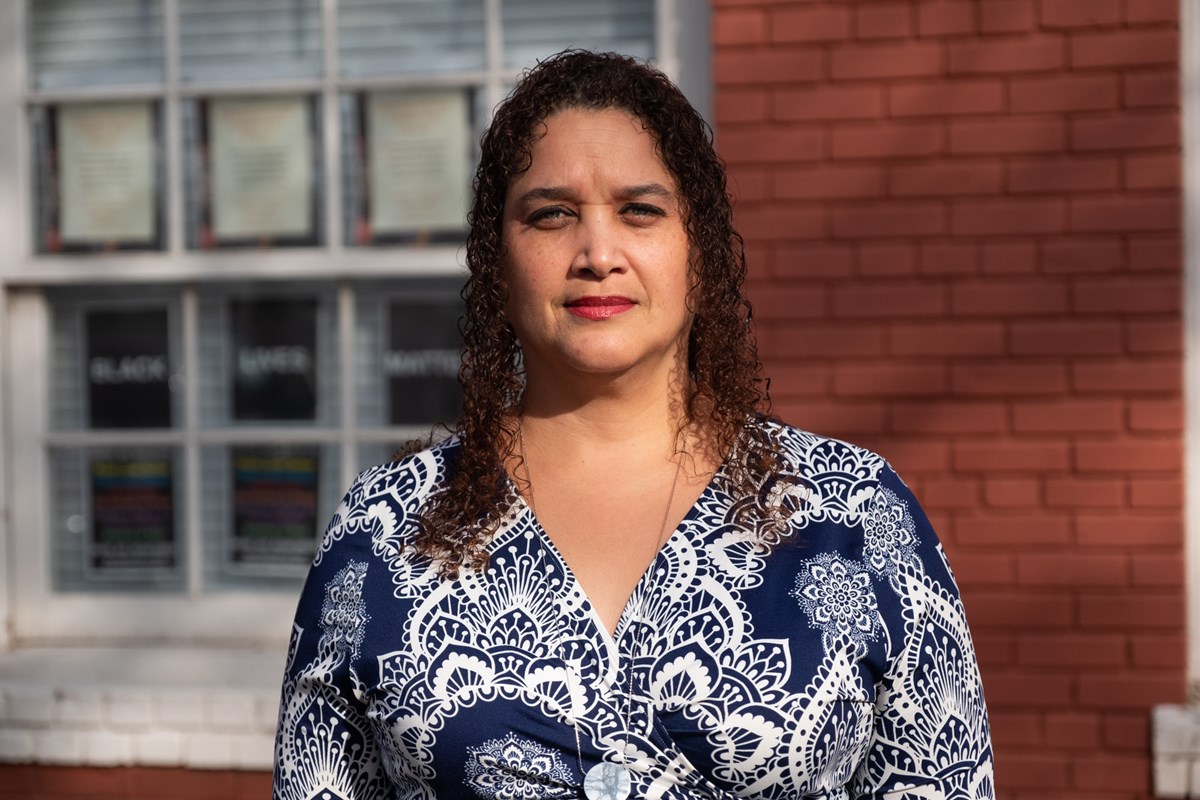 “With the mRNA vaccine, it’s all new. While I appreciate it’s a brave new world, I don’t want to subject myself or my family to that right now,” she said.

But her friend Kairis Chiaji disagrees. She’s another Sacramento resident and doula, and said while she understood Rose-Haymer’s concerns, she would be signing up to get the vaccine when it’s available to her.

“If there’s a way to mitigate [the] risk and pull this thing to a dead stop ... then I support that,” Chiaji said. “I would rather honestly, legally come after a pharmaceutical company for making errors than to have someone in my family suffer from a disease that I had the opportunity to protect them from.” 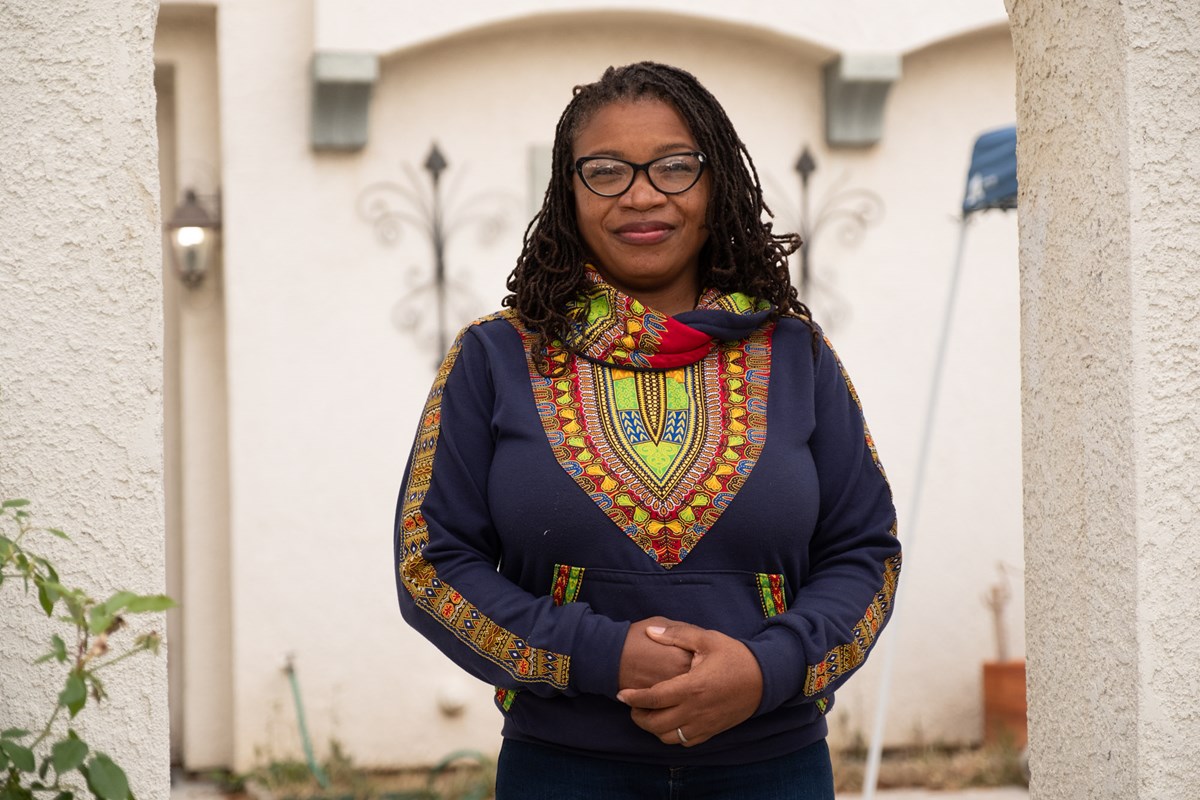 The CDC says although the mRNA vaccines are new in the United States, they have been studied for decades, and cancer researchers have used the science to help the immune system target specific cancer cells.

Black people have some of the highest death rates from the new coronavirus and also have more risk factors for severe illness like heart or lung disease. So the decision not to take a vaccine that could protect oneself and others has heavy consequences. Flojaune Cofer is an epidemiologist with Public Health Advocates in Sacramento and said trust in the vaccine may build over time.

“If the more people you know who’ve taken the vaccine are doing OK, the more comfortable people will be,” Cofer said. “I've heard people say, I'll go first and then let me see how it works out for you, and then I'll think about it.”

She believes the key to getting higher vaccine uptake in the Black community is going to rest on organizations going through trusted community leaders first. Cofer, an African American woman, says she’s still researching what’s been released by Pfizer and Moderna, and the potential for any side effects on African Americans. Some early studies have shown there is a chance the vaccine might be slightly less effective for people of Asian or Black ancestry.

California health officials have begun to consider these issues. Advocates from different communities of color are working with the state to create a vaccine advisory committee. Its goals will be to discuss equitable distribution and building trust within Black, Latino and Asian communities.