Community leaders within Asian/Pacific Islander (API) communities are demanding action after Sacramento County’s top health official used a racial slur to describe people of the diaspora. Dr. Peter Beilenson used the term “yellow folks” to describe Asian people - a term that historically has evoked fear of Asian people, particularly around the myth that East Asians may carry disease. The term was used as far back as the 1800s to otherize Chinese-Americans during an outbreak of the Bubonic Plague in San Francisco.

“It is unacceptable that a top official at a meeting where we are declaring racism a matter of public health, uses the term “yellow” to characterize a whole community,” the letter states. “As we face a national reckoning on race, there are no more excuses or other possible ways we can deny or overlook how these mischaracterizations, and other racial aggressions inflict damage and harm on our humanity.”

Beilenson apologized shortly after making the comments during a Sacramento County Board of Supervisors  meeting, which was first reported by CapRadio. While the recent letter acknowledges his apology, it also states many API organizations don’t want the apology to be the end of the conversation about how to eliminate racial health disparities.

“This is why we can’t get ahead of these ravaging statistics and dismal effects,” it states. “And THIS is why systemic racism is so pervasive.”

Megan Sapigao of the API Regional Network said the letter makes clear that the community has been overlooked by the county’s response to the COVID-19 crisis for too long. Sapigao says more translation services, as well as disaggregated data about the virus’s impact within different Asian groups, would better serve the community.

“If you really want to meet our needs and get ahead of this pandemic in our community, this is what you need to do,” Sapigao requested of the county.

She adds that the language county officials use to describe the community, such as a racial slur, sends them a message that they’re not valued or “worthy of prioritizing when it comes to a response.”

The letter calls for three actionable items:  regular meetings between API community leaders and Beilenson, an evaluation of language translation policies, and “accountability and funding” from the county health agency as it addresses racism going forward.

Beilenson has apologized for his use of the term “yellow,” and he acknowledged he received the letter. He said he has been in discussions with many API community leaders since the board meeting last week.

“I’ve made three dozen calls - at least - to Asian/Pacific Islander community members and leaders throughout the county to apologize,” Beilenson said. “Hopefully we’ll be having some ongoing meetings and listening sessions.”

Advocates say the data on the pandemic’s full impact on API communities is flawed because it rarely breaks down the group into its very diverse subgroups - like Filipinos and the Hmong population, for example. 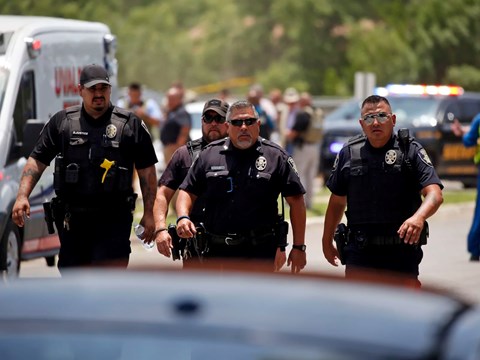