Bobbie Singh-Allen will be the first Sikh-American to serve as mayor for the city of Elk Grove. Singh-Allen is a second-generation Punjabi-Sikh who previously held office as an Elk Grove Unified School District Board member for six years. She said that while the Punjabi community has been in California for over a century, the ethnic group originating from Northern India has rarely been in U.S. politics.

“The fact that I’m the first elected Sikh woman [for Elk Grove] after a hundred years, it’s not only a proud moment, but it’s also a moment to reflect. ‘Why did it take so long for us to do this?’” she asked.

The region’s Punjabi population first came to California in the late 1800s to farm the Central Valley. Many belong to the Sikh faith.

For a host of reasons, the community has shied away from politics, Singh-Allen said. Like many other Asian and South Asian families, the community mostly encouraged their children to enter careers in law, medicine and engineering rather than pursue politics.

Singh-Allen said the Sikh community has also stayed out of the spotlight because of racism and bigotry, related to the fact that Sikh men wear turbans as part of their religion.

“We’ve dealt with a lot of hate crimes and racism, it hasn’t been easy assimilating. But the more Sikhs are involved in the community, the more awareness we have [with] our greater community that we have the same American values as well,” she said. 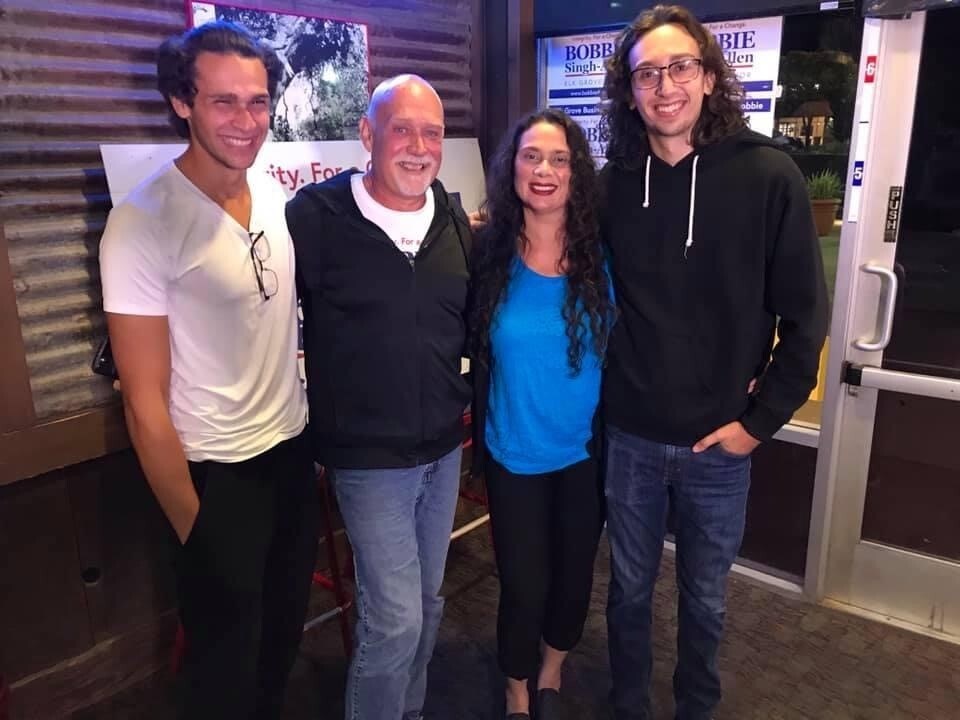 For the Punjabi-Sikh community in Elk Grove, her win has been celebrated because many say they’ll finally see representation at the highest level of the city. Mandeep Pharwala, president of the Punjabi Cultural Society of Sacramento, said the whole Sikh community supported Singh-Allen’s run, and they were excited to see how she would lead.

“It’s a very proud moment and we feel honored, and the community’s coming along,” Pharwala said. “I’ve been around since 1987 and been in Elk Grove so we have seen Bobbie since then, I think she deserved it, it was her hard work and dedication.”

She added that many Punjabi-Sikh business owners for whom English wasn’t a first language would likely feel more comfortable voicing their issues to a mayor who could understand them.

“It’s just the comfort level that you have that you’d be able to tell her about concerns that you have,” Pharwala said. “It’s the language, they’ll be able to communicate freely with her,” she added.

Singh-Allen’s win was the most high profile political win for a Punjabi-American in the region, according to Deep Singh, director of the Punjabi civic engagement non-profit Jakara Movement, but she wasn’t the only member of the community who ran for office. His organization counted over 40 Punjabi-Sikhs in statewide elections this past cycle. He said that the increased presence of Punjabi-Americans in politics is part of a greater wave nationally and internationally to elect more diverse representatives.

“We’ve been inspired to see the political engagement by Sikhs in Canada, and I think these are part of the larger narrative that has inspired many to look to serve in different capacities,” Singh said, referencing prime minister candidate Jagmeet Singh’s run for office last year.

California’s Central Valley has had Punjabi-American mayors in the recent past, however. Kashmir Gill was a two-term mayor for Yuba City, the first time from 2009-10 and then a second term in 2013-14. Preet Didbal was selected as mayor for Yuba City in 2017, but both candidates were selected by City Council, not by voters.

Overall, Deep Singh said he hoped Singh-Allen’s win would continue to encourage other Punjabi-Americans to run for office.

“Bobbie’s victory is emblematic of larger Punjabi engagement throughout California. Here you had a second generation Sikh woman who was able to become the mayor of Elk Grove,” Singh said. “This is an early chapter, and as the state progresses you’re going to see more people engaged.”