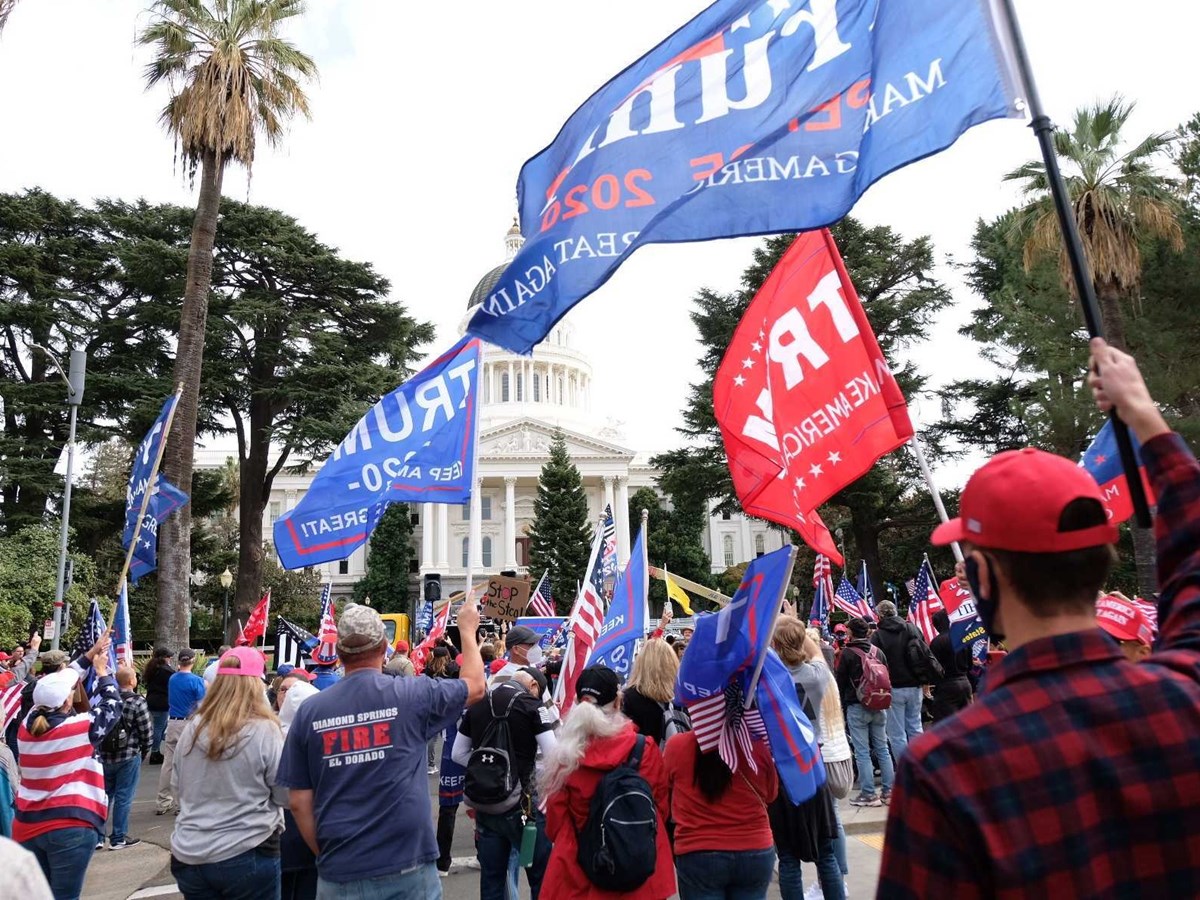 Shouting gave way to a flurry of fisticuffs.

A woman in a headscarf and protective vest took a punch to the jaw.

A man harpooned his Trump flag into the open window of a van, shortly after the driver showered the crowd with mace.

The violence broke out Saturday following a pro-Trump rally that drew hundreds to the streets in downtown Sacramento.

It takes seconds for things to escalate to violence. pic.twitter.com/5wHa6Fvn4G

The demonstration was planned days earlier, and coincided with the Associated Press and other outlets projecting former Vice President Joe Biden as the winner of the presidential election.

Demonstrators claim, without evidence, that the Democratic Party manipulated the election and “stole” it from Trump. There is nothing to indicate that this happened, or that voter fraud has affected the outcome. The allegations are underpinned by baseless conspiracy theories — largely originating on social media.

The gathering was part of a loosely organized umbrella effort called “Stop the Steal,” which called for protests on Saturday at state capitols across the country. The anti-vaccination group Freedom Angels were also involved in the coordination of Sacramento’s pro-Trump demonstration. 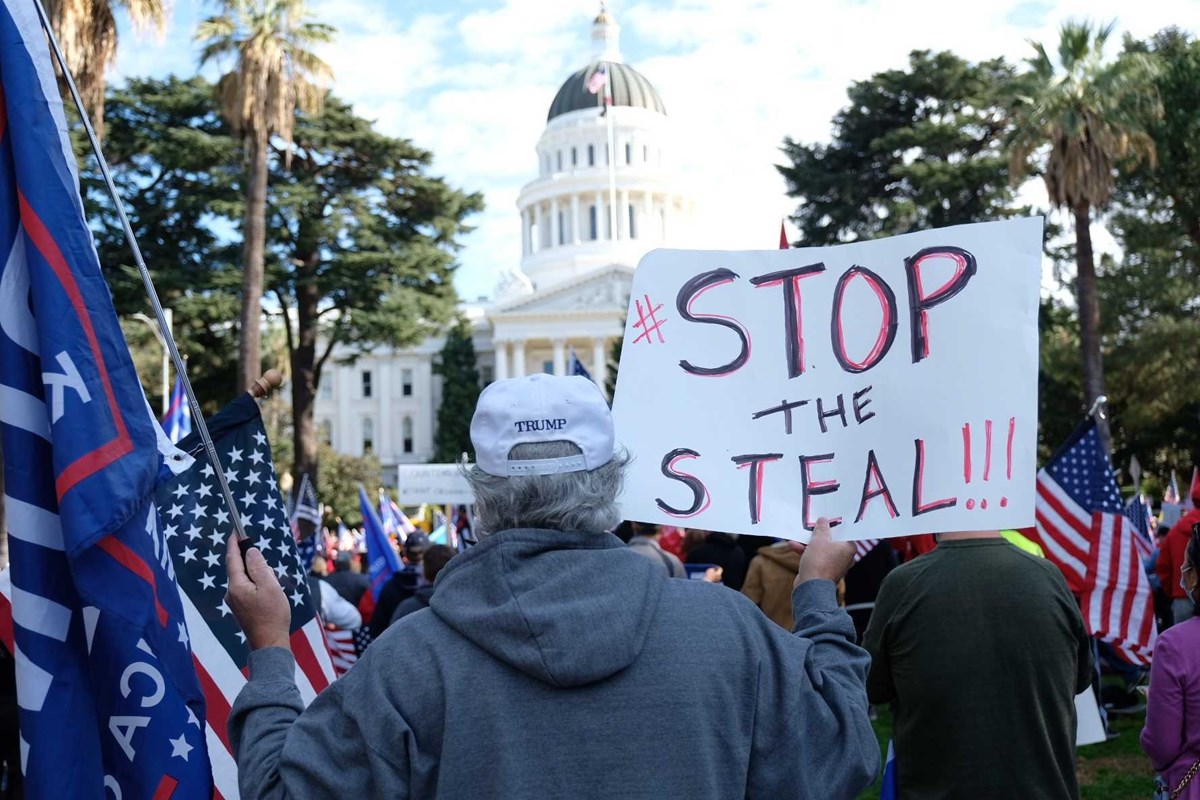 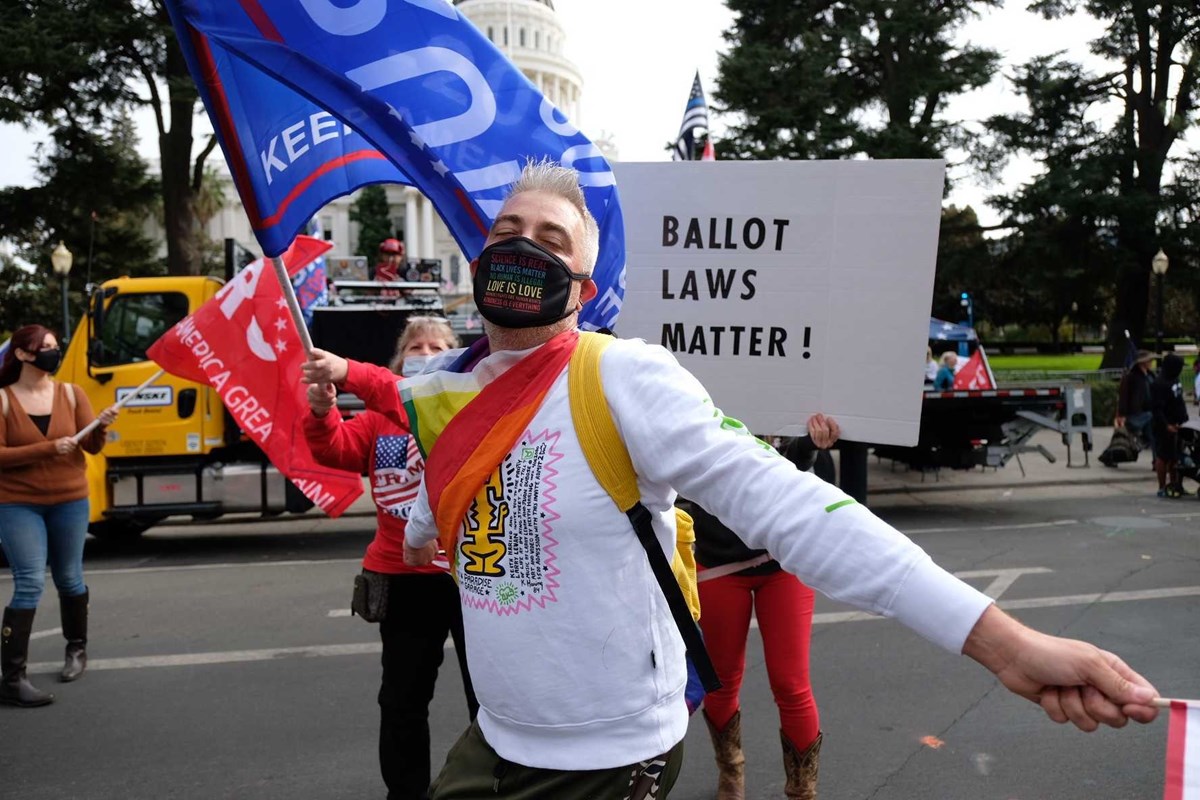 Eve Mayer, a Trump supporter who attended the rally, says she doubts the outcome of the election.

Just spoke with Eve Mayer for about 20 min on why she came out.

She said she has faith in integrity of electoral system but alleges there is widespread fraud.

I noted there is no evidence of this. She disagreed.

She said she could ultimately accept... pic.twitter.com/JPMqKur7fv

Mayer cited videos and posts she encountered on social media.

For example, she claimed election observers have been denied access to ballot counting, which is inaccurate. Observers have been able to enter election facilities, though there have been some court challenges to how close the observers could get to the actual processing. On one occasion, in Detroit, observers from both parties were not allowed inside a counting hall because it had reached capacity due to COVID-19 restrictions.

Mayer, and several other attendees interviewed by CapRadio, also cited a false statistic about votes Biden earned in Michigan as evidence of fraud. Due to a data entry error, Biden appeared to earn more than 130,000 votes overnight in Michigan — or 100% of the ballots for that update. In reality, an official in the small county of Shiawassee accidentally entered an extra zero in the county’s ballot count, which was fixed in about an hour.

But that was long enough for the statistical error to blossom into a full-blown conspiracy, which was amplified by President Trump on Twitter.

News organizations like AP use rigorous methods to make their election projections, but their decisions are not official results. The presidential election has not been certified, and there are still ballots left to count in many states, including millions in California. In Georgia, the secretary of state has ordered a recount, since the presidential race is so close.

The unfounded allegations of voter fraud, however, have spurred legal actions and investigations. The Trump administration has filed at least 10 lawsuits over the election results, with little to show for it so far. A Republican-contolled legislative body in Michigan announced it will investigate alleged voting irregularities, with a focus on Detroit.

Counter protesters — a mix of Biden supporters, Black Lives Matter activists and anti-law enforcement demonstrators —  kept their distance at first from the Trump crowd, but grew in numbers throughout the afternoon. Around 4 p.m., as the event came to an end, the two groups confronted each other at the corner of 10th and L streets. Verbal exchanges gave way to several violent altercations.

A man is suckered punched.

Woman (in head scarf) punched in the mouth.

Mace or other irritant sprayed from the van.

Man tries to turn Trump flag into a harpoon aimed at the driver.

The Capitol saw a heavy law enforcement presence all day, and officers in ruggedized, tactical gear filed into the street to break up clashing protesters, with some success. Scuffles and arguments continued for over an hour.

The California Highway Patrol and Sacramento Police Department did not make any arrests, according to spokespeople.