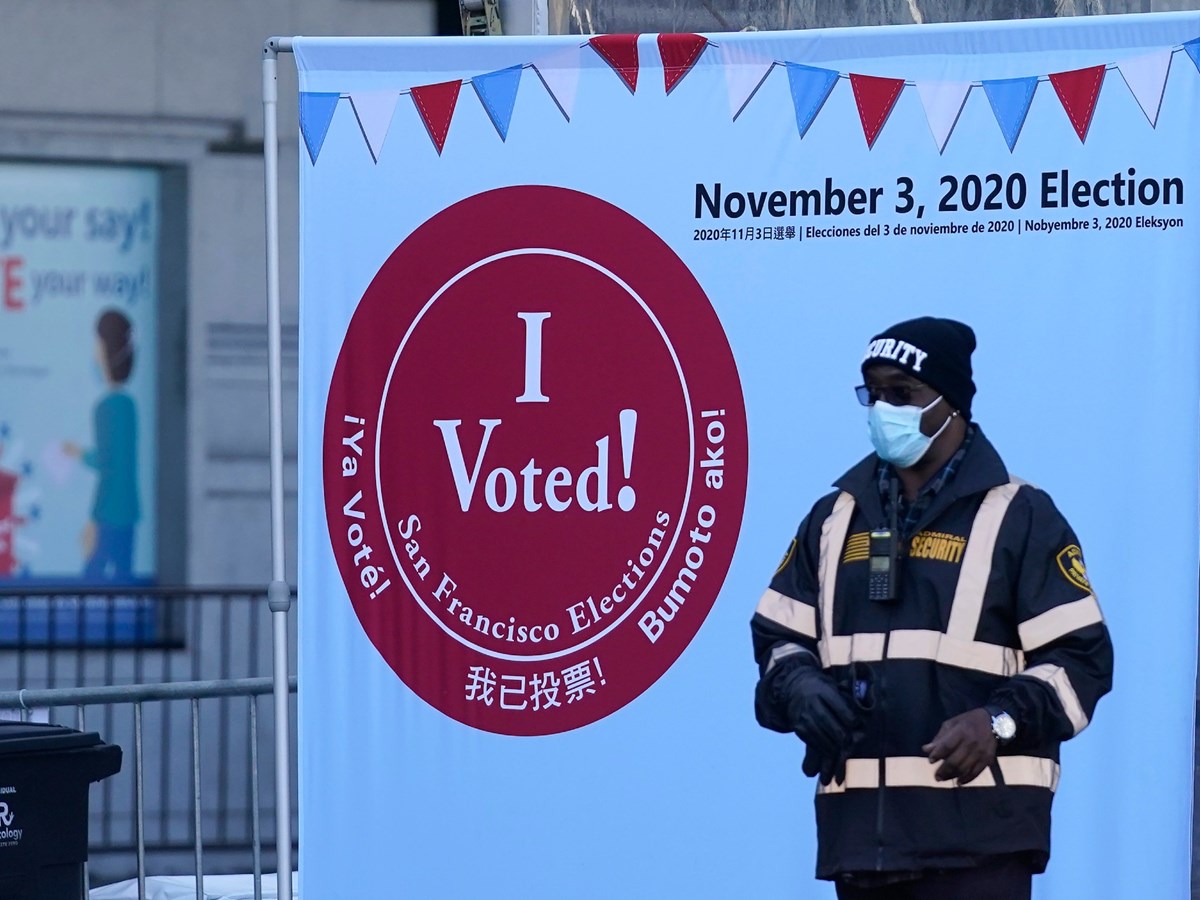 A security guard stands near an exit at a San Francisco Department of Elections voting center near City Hall in San Francisco, Tuesday, Oct. 20, 2020.

President Donald Trump has repeatedly been accused of invigorating a base of far-right extremists, particularly with his rhetoric around voting in this year’s election. Though he’s offered no evidence in support, President Trump, who lost the popular vote by nearly 3 million votes in 2016, has told followers that Democrats are plotting to manipulate the results on November 3.

“They’re trying to rig an election, and we can’t let that happen,” he said.

Now, in a time when the president is signaling to an already amped up far-right base to head to the polls to ensure election security, activists and experts are asking should they be worried about violence at the ballot box?

Meanwhile, Trump’s reelection campaign has sued the state of Nevada twice — with the first suit having been dismissed by a judge and the second being filed as a Hail Mary on October 23 — in an attempt to disrupt the state’s new vote by mail procedures.

In reality, Nevada’s Deputy Secretary of State for Elections Wayne Thorley says malfeasance at the polls is extremely rare.

“Whether it’s voter fraud related to voting by mail or in-person voter fraud, it happens very infrequently,” he said. “Especially compared to the number of ballots cast.”

The same holds true nationally — a 2007 study by the Brennan Center for Justice found that American voters were more likely to be struck by lightning than they were to cheat at the polls. 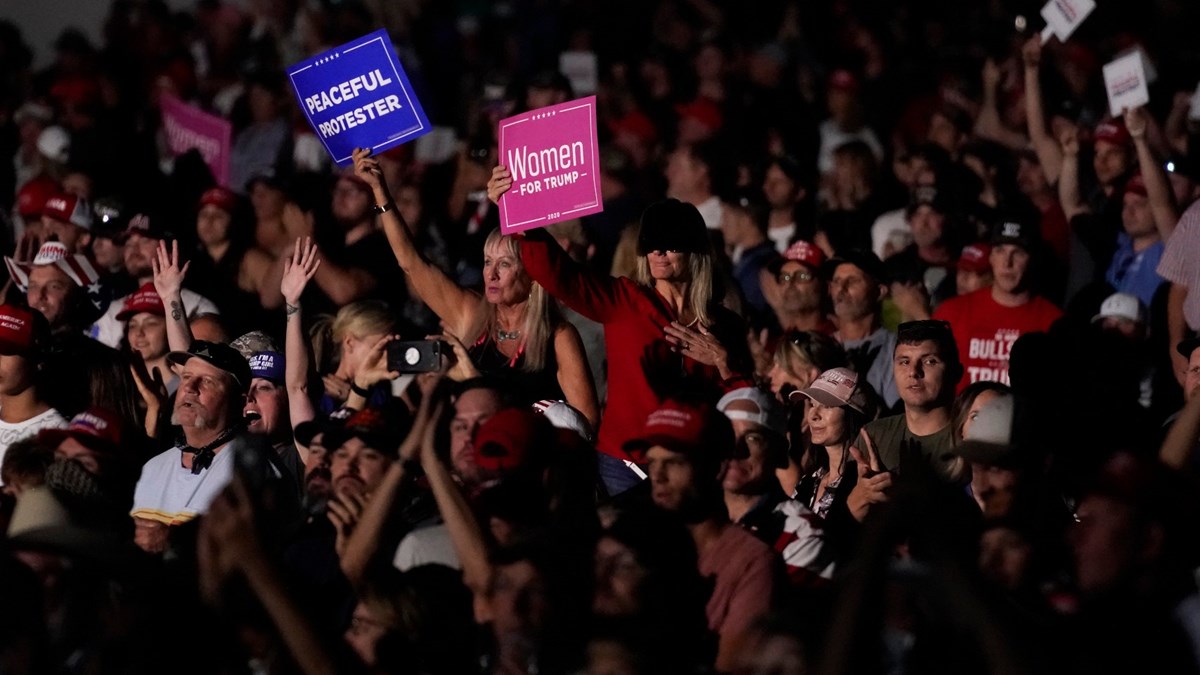 Still, Trump continues to ask supporters to show up as poll-watchers.

For supporters who might try to act on the president’s words, Ford warned: vote and mind your own business.

“My office personally has prosecuted folks who do violate our election laws,” Ford said. “We do have laws that don’t even allow you to, for lack of a better phrase, loiter around such as to... intimidate or interfere with the voting process.”

According to Thorley, election officials will be watching, too.

“Obviously if somebody’s attempting to interfere with the conduct of elections, or to intimidate voters or prevent voters from casting a ballot freely, we’re going to put a stop to that,” he said.

Elections And Voter Intimidation In A “Liberal-Leaning” State

In California, state officials have said they’re on alert for voter intimidation at the polls.

In an interview with CapRadio’s Insight, Secretary of State Alex Padilla said the president’s call for poll watching carries a “certain tone and context” that extends beyond the limits of the law.

“It may be a fine line, but it’s an important line to recognize — know [that] we’ve got to respect the sanctity of voting locations,” Padilla said. “No electioneering in proximity of the polls, and certainly no harassment or intimidation of people exercising their right to vote.”

In Sacramento, the local FBI chapter says it is closely watching the polls as the election approaches, but isn’t “tracking constitutionally protected activity.”

“We do not look at groups. We look at actions,” said Robert Tripp, assistant special agent in charge over criminal investigations at the FBI Sacramento field office. “In terms of tracking a group, because they espouse a particular ideology, if that ideology does not inherently involve violence, then the FBI would not track that because that's a constitutionally protected activity.”

Tripp said the FBI’s definition of infringing on the public’s ability to vote could range from committing violence at the polls to simple intimidation that would make someone “fear for their lives.” 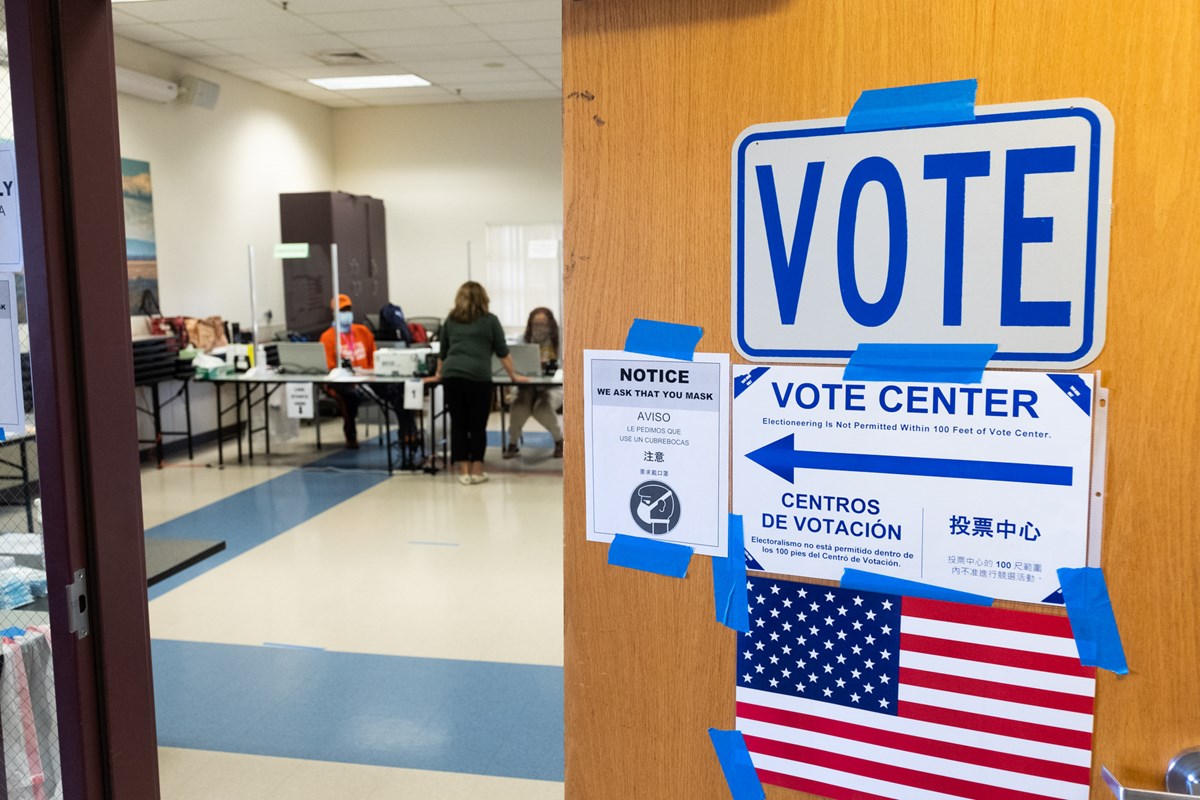 But that’s only at the polls. The FBI doesn’t track clashes between protesters and counter-protesters at demonstrations. In terms of election-related protests and the civil unrest that could follow, Tripp said those are protected by freedom of speech, so they’re not tracking whether groups are preparing for post-election demonstrations.

“If somebody is engaging in constitutionally protected activities such as protesting, the FBI has no role whatsoever,” Tripp said. “If that crosses over into an act of violence, depending on the circumstances, there could be a violation of federal law or there could not be.”

Those actions are subject to individual investigations. Tripp said the FBI Sacramento office partners closely with local law enforcement to monitor whether this has happened.

Packing Heat At The Polls

Unlike California, Nevada is an open-carry state. Aaron Ford, the state’s top prosecutor, calls the right to vote and the right to carry a gun “concurrent rights,” so voters can pack heat at the polls — as long as they don’t use their firearms to intimidate anyone.

In general, election officials encourage Nevadans to be poll watchers.

“We welcome them down here,” said Heather Carmen, Assistant Registrar of Voters for Washoe County.

Poll watchers can show up to individual voting sites or the registrar’s office, as long as they sign a form acknowledging they won’t interfere. Because of COVID-19 concerns, they’re also limited to two at a time in any one polling location.

“I like giving them a tour of our whole process. They’re usually quite impressed with all the checks and balances that we have,” Carmen said. “It’s open for anybody to come in.”

Fred Lokken, head of Truckee Meadow Community College’s Political Science Department, says there might not be much opportunity for voter intimidation to happen in the first place. That’s because more than two weeks before Election Day, county registrars had already received more than twice as many mail-in ballots as they had in the entire 2016 race.

“The early voting and the focus on the mail balloting process is going to diminish the number of people who might even be impacted by it, if it occurs,” he said.

But when it comes to open-carrying at the polls, Lokken calls the presence of any guns at all an attempt to intimidate.

“What reason would you bring a gun to vote?” he asked. “For those that do it, they are sending a message to others and as a citizen, I don’t appreciate the message.”