It’s one of the most confounding fights on California’s November ballot: While tech companies lie low, advocates for consumer privacy are fighting among themselves over a measure that would give people new rights to control how companies use their digital data.

On one side are those who say Proposition 24 would make California’s existing privacy law even stronger, setting it up as a national model for consumer protection in the digital age. On the other, fellow privacy advocates say the initiative doubles down on problems in the current law and goes too easy on the businesses it’s supposed to regulate.

Credible consumer and privacy advocates have lined up on both sides of the issue, and one of the nation’s foremost privacy champions — the Electronic Frontier Foundation — has decided not to take a position, saying Prop. 24 amounts to “a mixed bag of partial steps backwards and forwards.”

“The privacy community can’t even agree on a consumer privacy law,” said Chris Hoofnagle, a supporter of Prop. 24 who directs the University of California’s Berkeley Center for Law and Technology. “So it’s really an unfortunate situation.” 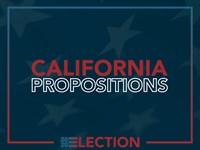 At the center is a personal feud between two Bay Area residents who were once allies in trying to win Californians the strongest data privacy law in the nation. Real estate developer Alistair Mactaggart is the main backer of Prop. 24, having poured $5.5 million into it so far. Privacy advocate Mary Ross is leading an opposition campaign with a lot less funding, arguing that Prop. 24 “undermines and weakens the rights that we have today.”

Mactaggart says, “I’m gobsmacked that she is doing this because (Prop. 24) is so much better than existing law.”

The pair teamed up two years ago to pressure the Legislature into passing a data privacy law. But along the way they disagreed about whether to compromise with tech companies on some provisions. Ross didn’t want to; Mactaggart felt that some negotiating would lead to political success. He made concessions to big business — such as limits on the ability for consumers to sue, and permission for companies to charge customers more if they prohibit businesses from selling their data. The strategy helped win political support in a statehouse where Big Tech has a lot of sway. 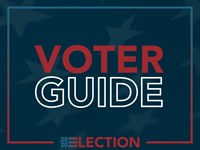 Mactaggart and Ross parted ways, and lawmakers approved the California Consumer Privacy Act in 2018. It took effect earlier this year. The law allows Californians to find out what information businesses have collected about them and to direct companies to stop selling their personal data. (It’s why you now see those “Do not sell my info” buttons on many websites.)

“It’s a groundbreaking law,” Mactaggart says. But, he adds, “I think that it can go further.”

Mactaggart argues that the measure will strengthen California’s privacy law — by allowing consumers to tell businesses to limit the use of sensitive personal information, such as their exact location, health information and race. Prop. 24 also would triple the fine companies face if they violate children’s privacy rights, and create a new state agency to enforce the privacy law. It’s won the support of advocacy groups like Consumer Watchdog and Common Sense Media, notable privacy scholars, and Democratic politicians including former presidential candidate Andrew Yang and Rep. Ro Khanna of Silicon Valley.

But Ross also has backing from major privacy advocates in arguing that Prop. 24 does more harm than good. Opponents include the American Civil Liberties Union, the Consumer Federation of California and Public Citizen. Groups from both ends of the political spectrum — progressive Democratic clubs as well as the California Republican Party — also oppose the initiative.

“Overall, it’s a step backward,” said Jacob Snow, an attorney who specializes in tech policy for the ACLU. “It would undermine privacy protections for Californians.”

Thanks! We'll send you just what you need to know about the election every Tuesday.

Snow says Prop. 24 could allow companies to grab data from Californians’ devices when they leave the state, and would delay certain privacy protections for another two years. Some of his biggest beefs with the measure lie in how it expands aspects of the current law that he and other opponents fundamentally disagree with.

California’s existing privacy law allows companies to charge people more for a service if they opt out of having their data sold. Prop. 24 would expand that rule to cover customer loyalty programs, essentially, in Snow’s view, creating more circumstances in which people who are poor might choose to give up their privacy to save some money.

“That has disproportionate effects on communities in California who are already vulnerable, like Black and Latinx families and elderly people,” Snow said. “And those are the people who should be at the center of our thought process, and our concern when we are writing privacy laws.”

But Prop. 24 supporters say this aspect of the law could lead to a beneficial system where people are compensated for the value they give companies through their personal data. “Californians could get paid for their data from businesses they like and at the same time, get privacy from those they do not,” Yang wrote in a San Francisco Chronicle commentary.

Prop. 24 does not change that. Opponents had hoped it would, because opting out is a tedious process that requires people to fill out forms on every individual website they visit.

It puts the burden on consumers instead of companies, Ross said, making it “very hard to opt out of the sale of your personal information.”

Hoofnagle says an opt-out system may not be perfect, but is “the only workable approach.” Besides, he points out, technology is being developed that will eventually allow people to sign up once to make their data restrictions apply across all the sites they visit on the web.

Prop. 24 opponents say the new law would allow companies to ignore such a universal opt-out if they instead post a “Do not sell my info” button; Hoofnagle counters that companies hate posting those buttons and would be enticed to obey the universal opt-out.

The tech industry, meanwhile, is not saying much. The California Chamber of Commerce and the Internet Association testified against Mactaggart’s initiative during a legislative hearing this summer, arguing that it’s too soon to pass a new privacy law given that one just passed in 2018.

“A new ballot measure creates a whole new set of compliance challenges,” Internet Association lobbyist Dylan Hoffman said in an August interview. “With the regulations being so fresh, our companies are trying to understand and comply with those first.”

The group — which represents dozens of internet-based companies including Facebook, Google and Amazon — declined to comment on Prop. 24 when asked for an interview again this month. Neither the Internet Association nor the Chamber of Commerce have taken a formal position on Prop. 24 since it landed on the ballot. Nor have they spent a penny campaigning for either side.

Ross said she’d hoped the tech industry would help fund her campaign against Prop. 24. She sees their lack of spending as a sign that they got what they wanted from private negotiations with Mactaggart and secretly like what the measure would do.

But it may just be that tech companies have learned that fighting privacy is a politically untenable position as Americans become more aware of how much control they have over personal information. Facebook was widely criticized two years ago when it teamed with other tech companies to pump $1 million into fighting Mactaggart’s earlier privacy measure.

A coalition of advertisers — who use consumer data to serve up ads — oppose Prop. 24, but also haven’t put money toward defeating it. The “no” side is struggling to raise money, with just $48,000 so far from Consumer Federation, the League of Women Voters and the California Nurses Association.

The “yes” side, with more than $5.5 million, is funded almost entirely by Mactaggart.