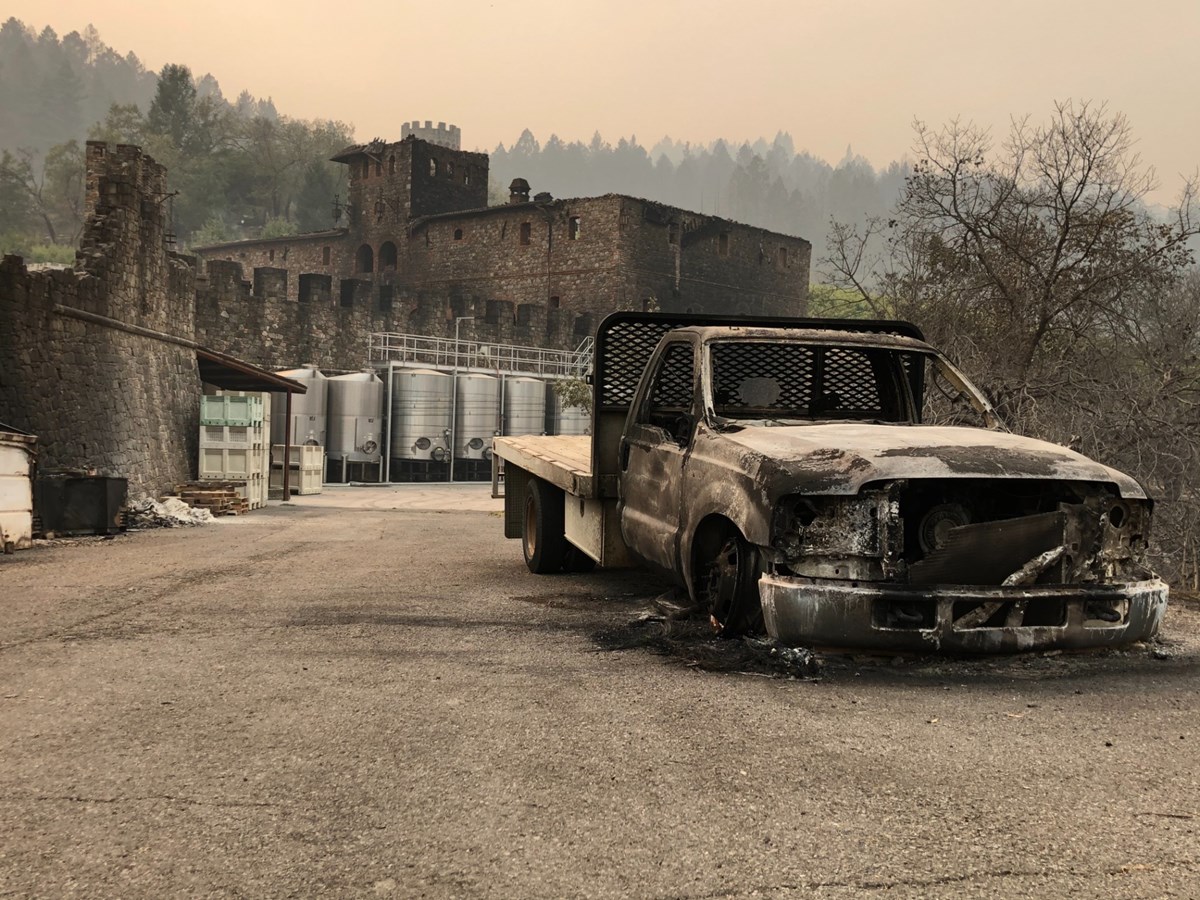 A burned truck at Castello di Amorosa in Napa County.

Mike Ervin and his dog have spent the last few nights in his truck outside the Santa Rosa Veterans Memorial Building.

In the next parking spot, his wife slept in a car with their two cats. They’re among the tens of thousands under evacuation orders due to the Glass Fire burning in wine country.

“The sheriffs came by and said you have to get out of here now,” Ervin, 76, told CapRadio. “I could look out in the distance and see the red glow of the fire.” 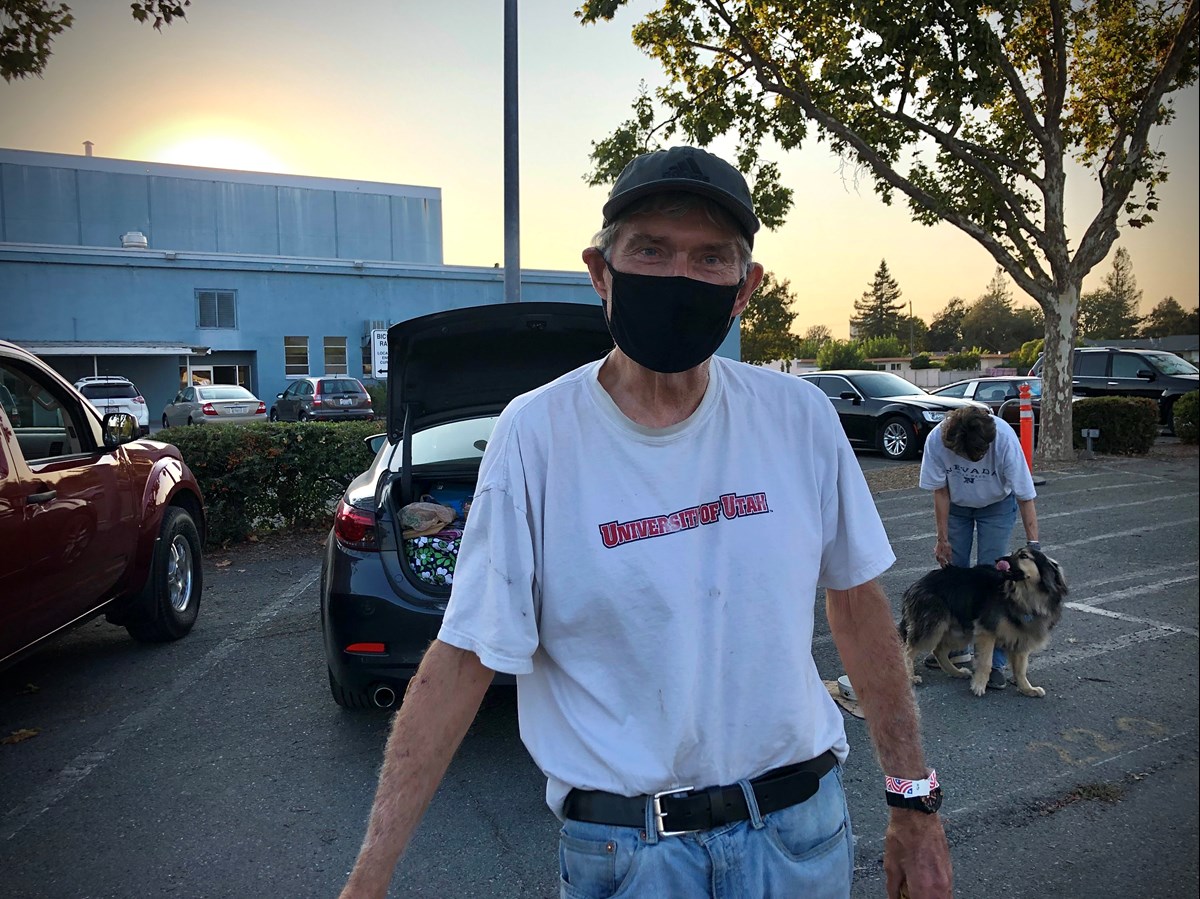 Mike Ervin, 76, has been sleeping in his truck with dog after being evacuated from his home during the Glass Fire.Scott Rodd / CapRadio

As of Wednesday morning, the fire had burned more than 48,000 acres and stubbornly remained at 2% containment. It has destroyed at least 80 residences between Napa and Sonoma counties; another 22,553 structures are considered threatened.

Cal Fire issued new evacuation warnings Wednesday for parts of St. Helena. On Tuesday, it downgraded some mandatory evacuation orders to warnings, but cautioned residents to be ready to leave on short notice.

The National Weather Service issued a red flag warning starting Thursday afternoon, due to the potential for dry and windy conditions, raising concerns that the fire could spread rapidly.

The region has suffered a series of fires in recent years, including the Tubbs Fire in 2017, which killed 22 people.

That fire forced Ervin out of his home for nearly two weeks.

“It’s old after a while, every time you face this threat, and now it’s become a yearly threat,” he said. “I don’t know if we can take that anymore to be honest with you.”

He said he and his wife have considered moving out of the area, but are attached to the home his brother helped design over 30 years ago.

The region’s wineries and vineyards have also suffered from the fire and smoke. Napa County confirmed that more than 140 wineries were located in evacuation zones. 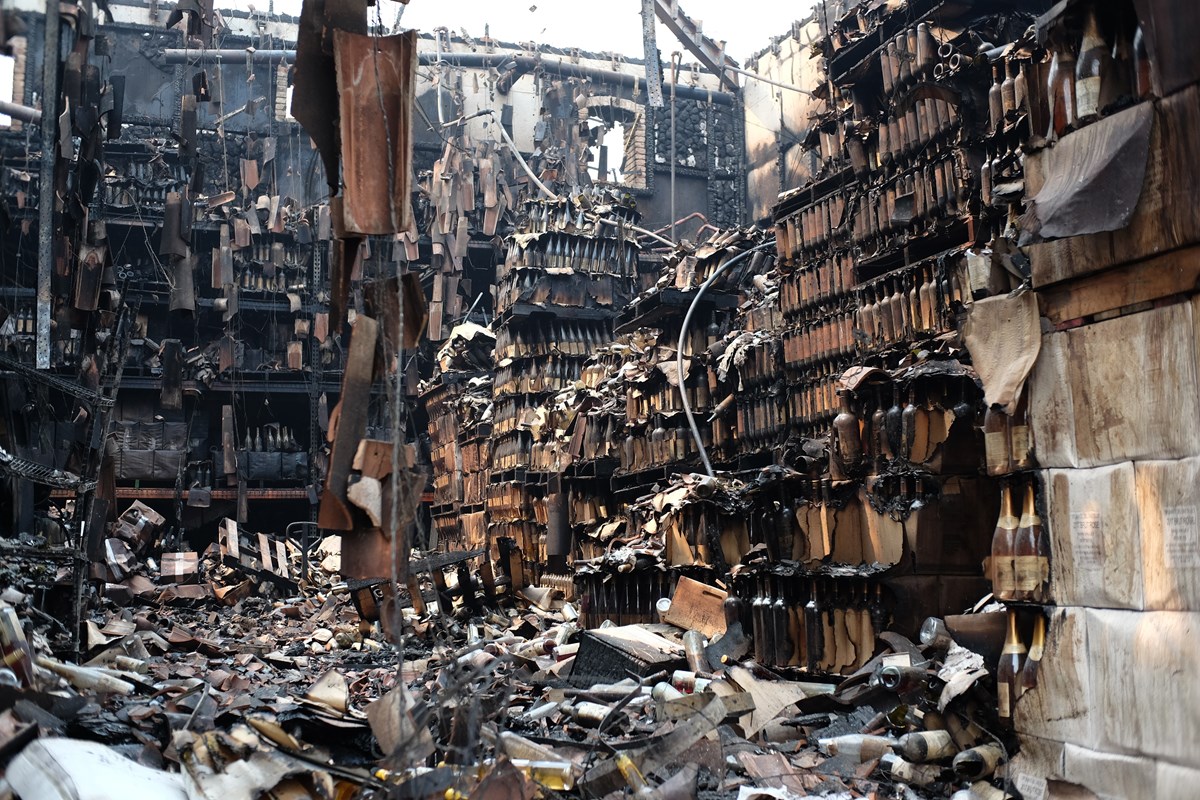 Castello di Amorosa in Napa County lost its farmhouse in the Glass Fire, containing millions of dollars' worth of wine and equipment.Scott Rodd / CapRadio 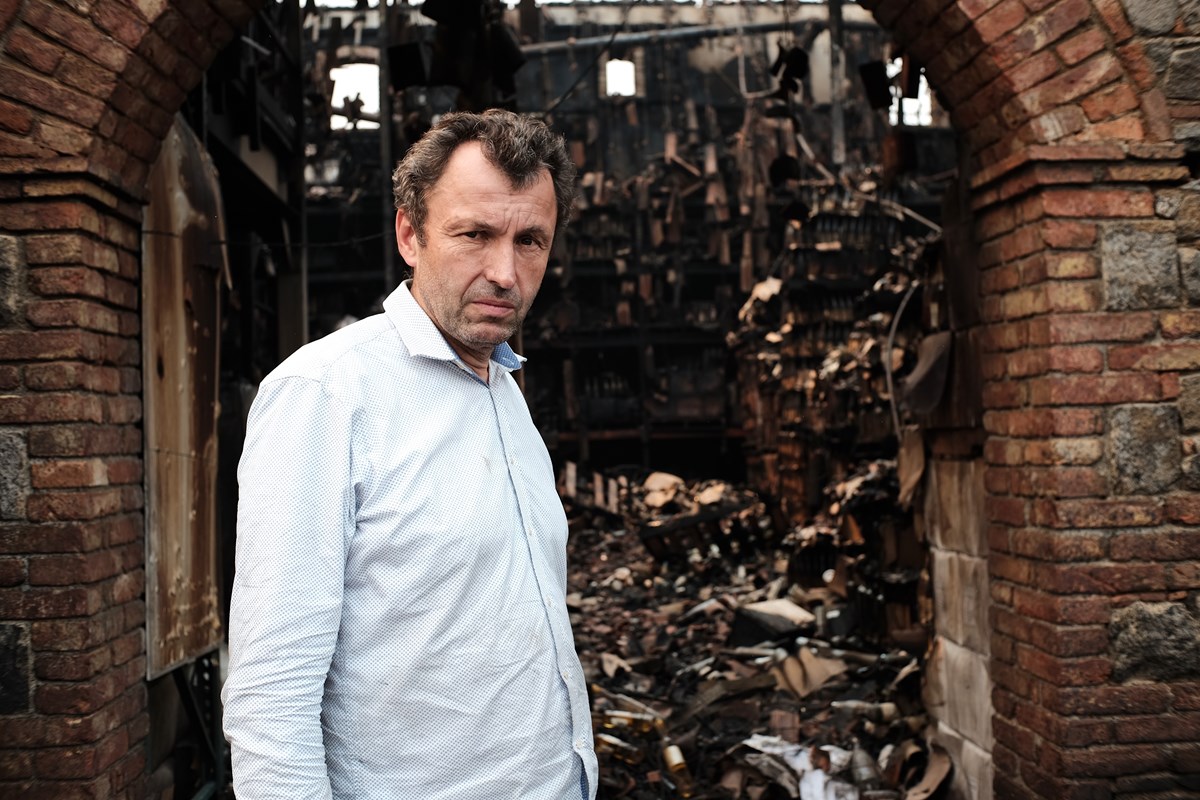 Georg Salzner, president of Castello di Amorosa, stands in front of a burned-out farmhouse at the winery. The buildings contained millions of dollars worth of wine and equipment.Scott Rodd / CapRadio

Some saw direct impact from the flames, including Castello di Amorosa in Calistoga.

Vineyards that dodged the flames face a high risk of contaminated grapes from the widespread smoke.