The coronavirus hits keep on coming to the University of California. The global pandemic has gouged UC’s finances, costing the system nearly $2.2 billion and counting in lost revenues and new expenses — an increase of almost $400 million since July.

The state’s budget woes haven’t helped, shorting the UC about $300 million compared to what the governor and Legislature funded last year. A key lifeline, additional federal stimulus, is merely a glint in the eye of the system as lawmakers in Congress can’t come to a deal for a new rescue package. That’s too bad, because the UC stands to gain nearly half a billion dollars from the state if Washington comes through by Oct. 15.

In short, California’s smoky, orange sky is falling, members of the UC Board of Regents learned this week during their bi-monthly meeting that lasted from Tuesday to Thursday. What no one really knows is how long the hurt will last. UC’s top health expert Wednesday said that she expects the revenue-depleting effects of the coronavirus to linger well past next September.

Springing back into in-person learning next term now seems unlikely.

That’s an expensive revelation for the UC system.

Student housing, a major source of UC revenue, is all over the map because of strict social distancing protocols. Dorm occupancy at UCLA is expected to be less than 10%, but could be as high as 50% at UC San Diego, said Nathan Brostrom, UC’s chief financial officer. If the coronavirus lingers for another year or longer like many health experts predict, the housing revenue losses will continue.

At current levels, the plunge in students living on campus would cost the university a billion dollars a year, Brostrom said.

That’s what happened during the previous financial calamity. Tuition and fees doubled between 2008 and 2011. During that time, the equivalent of 4,200 UC employees lost jobs. Nearly every staffer endured pay cuts ranging from 4% to 10%.

“That is something that we want to look at as a last resort,” Regent Vice Chair Cecilia Estolano said Thursday. “We understand, as the third largest employer in the state of California, the role we play in economic recovery or in exacerbating the recession.”

“We have to have a much more progressive approach if we go down this path at all,” Regent Chair John A. Pérez said. A salary reduction of 4% or 5% for workers earning $60,000 or less “is not real right now.”

Already about 1,000 workers have been laid off systemwide, many temporarily, according to figures the UC shared with employee union AFSCME 3299, said union spokesperson Todd Stenhouse. The UC says there’s less work that needs to be done because the pandemic pushed so many operations online. Workers disagree.

“These layoffs are not a necessity, they’re a choice,” said Drew Scott, skilled trades director of Teamsters 2010, during a public comment period Thursday. He alleged that campuses are outsourcing work laid off employees could do. The savings from all those dismissed workers add up to the salaries of a few highly paid senior staffers, wrote Liz Perlman, executive director of AFSCME 3299 in a CalMatters column this month.

“It’s devastating to the lives of these workers,” she said at the Regents meeting on Thursday.

There are some silver linings for the UC finances, including nearly $600 million in previous federal stimulus for campuses and UC Health. The system also has $10 billion in investments it could tap into. But with an annual budget of $40 billion, UC finance officials say relying on those reserves is not a long-term solution.

Meanwhile, at least one Regent wants the system to enroll more out-of-state students. This would be a radical departure from current UC policy and one that would earn the ire of the Legislature, which pressured the UC to cap its out-of-state enrollment in 2016 after the percentage of nonresidents enrolled tripled in just a few years after the great recession. Still, “every non-resident will provide support for three in-state students,” said Hadi Makarechian, who voted against the enrollment cap in 2017.

In other UC news, many students struggled to adjust to the shift to virtual learning in the spring term according to system survey data. Among undergraduates, 15% “were very concerned” about having reliable internet, with higher numbers among some groups: 20% for Latino and low-income students, and 18% for Black students. More than a third of students “were very concerned about having access to an appropriate study space,” UC survey data said. The figures were higher for low-income, Black and Latino students. These realities “created greater anxiety when it came to assessment, particularly proctored exams,” a UC analysis indicated. And about half of the students surveyed said they learned less in online courses than in-person.

Regents also reaffirmed their support for Proposition 16, the ballot measure to lift the ban on affirmative action in California that voters passed in 1996. If passed, California public agencies, including the UC, will be able to once again take race, ethnicity, nationality and sex into account for hiring, admissions and contracting.

“We have to be prepared to move forward to improve the diversity of the University of California regardless of what happens with any proposition,” Regent Eloy Ortiz Oakley said, who’s also chancellor of California’s community college system.

The Regents voted to ban racial quotas and caps on Thursday. Such policies have been struck down by federal courts, but the move signals that the UC plans to be judicious in running affirmative action policies if they ever become legal in California again.

Early signs suggest the UC won’t be starved for tuition revenue. Since the pandemic began, a big fear for the University of California was whether students would want to return to school if most classes are online. So far, at two campuses, the answer is largely yes.

For UC Berkeley and UC Merced, the two schools that started their terms already, there hasn’t been a discernible impact from the pandemic on enrollment, said David Alcocer, associate vice president of budget analysis and planning at the UC Office of the President.

A much clearer picture about enrollments, dorm residency and UC’s overall fiscal health will emerge when the Regents meet again Nov. 17. By then, UC campuses on the quarter system will have been six weeks into their fall terms. The Oct. 15 deadline to receive additional state support should another federal stimulus package come through will have come and gone. 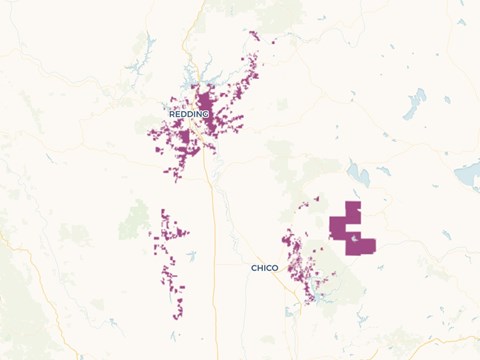 Map: See If You Could Be Affected By PG&E’s Planned Oct. 21 Shutoff