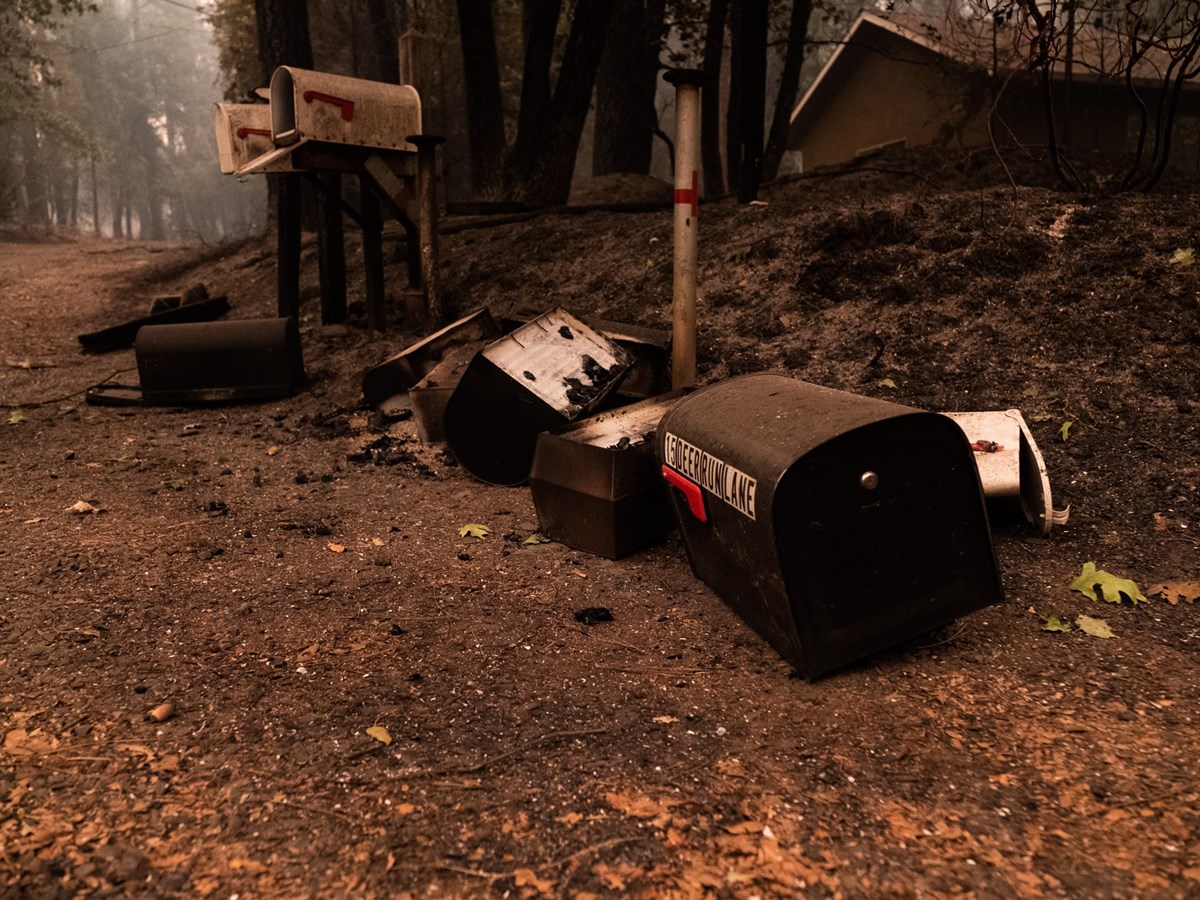 A number of buildings near Berry Creek appeared to be damaged or destroyed Wednesday, Sept. 9, 2020.

Tens of thousands of people evacuated the hills east of Oroville in the middle of the night as the Bear Fire exploded in the late evening Tuesday. A change in wind was the main factor prompting evacuations in Yuba and Butte counties. In the process, at least three people died.

As Pamela Newton escaped the blaze in the early morning she says all she could think of was Paradise. The Camp Fire burned part of the hill she lives on in 2018.

“People said, ‘Oh, our tires were melting, you know, and just scared to death and getting burned. And that's all I could think about,” she said.

The Bear Fire is part of the North Complex Fires, which ignited August 17 from a lightning strike. As of Wednesday the complex burned more than 254,000  acres and is 38% contained. Evacuations included towns like Paradise, which was destroyed by the Camp Fire in 2018. 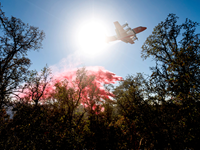 Strong northern winds caused the Bear Fire to grow Tuesday morning and the flare-up caused the fire to move southwest, the Forest Service reported, sending thousands packing. Residents told CapRadio that at least one community was almost entirely destroyed.  Wind conditions may die down over the evening as winds decrease

That mountain town is Berry Creek, about 25 miles northeast above Lake Oroville. At around 2,000 feet the community is located along the Oro Quincy Highway. There are a few churches, an elementary school, a park, and a gas station.

People from the town said they were evacuated late Tuesday night and Wednesday morning.

Carlos Munteaba, a resident of Berry Creek for 42 years, said he and his wife escaped the flames around midnight and witnessed homes burning on either side of the highway out of town.

"There's nothing there, and many houses on both sides of the road are gone," he said. "And the store and the gas station." 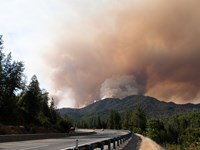 See Where Wildfires Are Burning in California

Munteaba and other residents said the area hadn’t burned in at least two decades. That means there was plenty of dry grass, brush and trees for the fire to consume. Ron Elms, who most likely lost his home in the blaze, says it was just a matter of time before a fire came through.

“I watched Paradise burn down two years ago,” he said. “I'm just 20 miles south of Paradise on the same mountain ridge. And, you know, it's been expected.”

He says suppression of fires in this area, high temperatures, and dry fuels caused the blaze. But Elms is just one resident who lost his home, there are many others. Here are four of their stories. 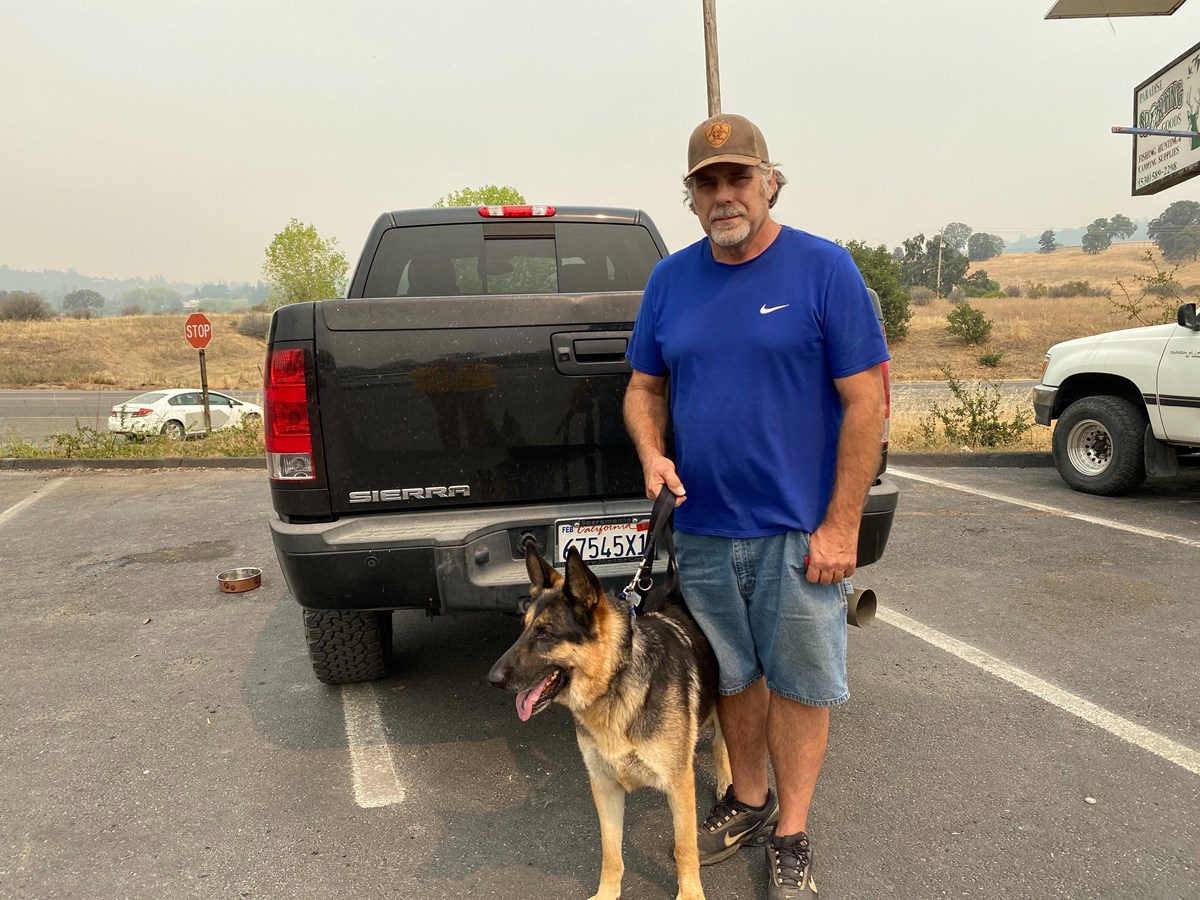 Ron Elms and his dog, Brutus, evacuated from the town of Berry Creek, which has now been the site of major destruction in the Bear Fire.

Ron Elms and his dog, Brutus, evacuated from his home at around 11 p.m. Tuesday night after ashes started coming down. Elms evacuated to the town of Berry Creek, which has now been the site of major destruction in the Bear Fire.

I imagine my house is probably gone.


The lake was the safest place to go because it's so low. We were able to get out there on the lake side where there was no timber or nothing. It really felt pretty safe there. Firefighters knew something we didn't know and that was there was grass out there which could have caught really quickly from the Oroville fire jumping the lake. So that's when they escorted us out of there ... which was probably a good decision.


I've done a real good job of keeping my property clean. I left the sprinklers on the roof when I left. I left the generator on. I did everything I could to save it. So we'll just see. 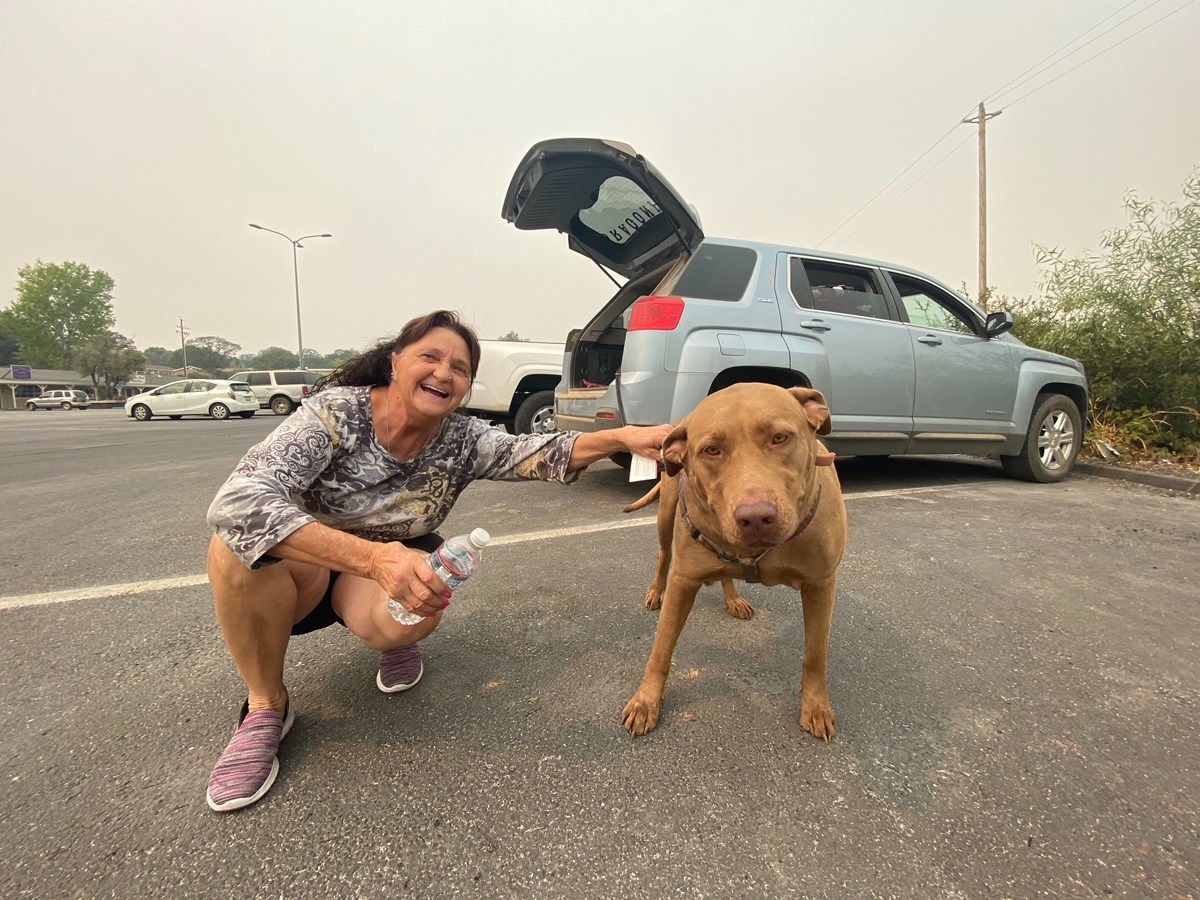 Pamela Newton has lived near Bloomer Hill for 26 years. She, her husband and their three dogs evacuated early Wednesday morning.Ezra David Romero / CapRadio

Pamela Newton has lived near Bloomer Hill for 26 years, and has seen three fires come near her property since she’s lived there. She, her husband and their three dogs evacuated early Wednesday morning. Her husband, who is on oxygen, had started to struggle to breathe because of the smoke when he woke up.

When I left this morning, my neighbor's house was on fire. Coming down the mountain, there was nothing but fire on both sides with embers flying all over. It was dark. I couldn't see nothing. A couple of times I almost wrecked trying to get out of there because I was so scared.


I clear the house a lot. I do a lot of weed eating every summer, but I had some brush piles I cut on the road ... so I could burn them this winter. And I just hope that our house will stay. We have the metal roof on top. So the embers are not gonna get on the roof.


I'm just hoping that it will save our house. 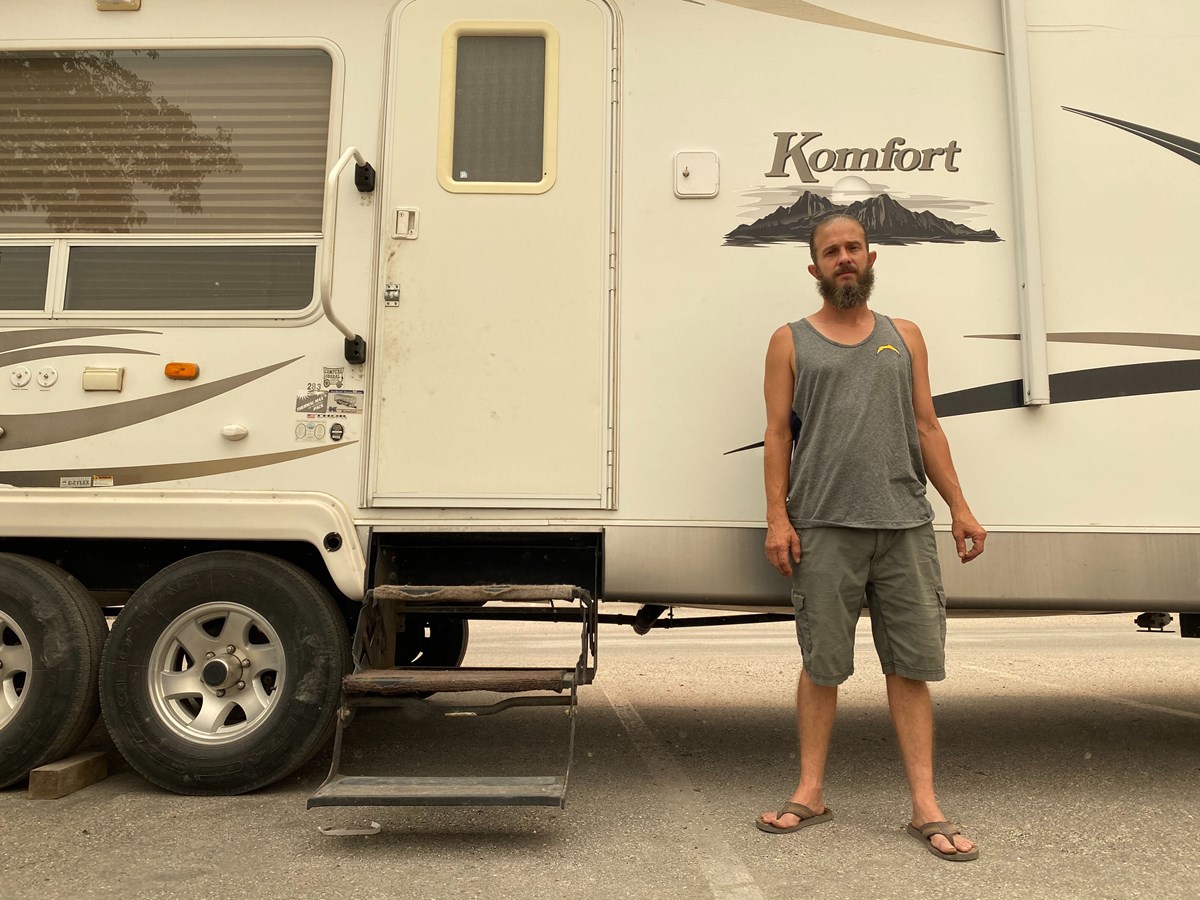 Jeremy Turner has lived in Berry Creek for about nine years. He said he moved to the area because the land was cheap and he was working to build up his property.Ezra David Romero / CapRadio

Jeremy Turner has lived in Berry Creek for about nine years. He said he moved to the area because the land was cheap and he was working to build up his property.

Oh, we tried to wait it out until the fire was really close and we had to go. And after getting down the hill, I found out that most likely my property is gone. Well, the property is there, but everything on it's gone.


I cut a lot of trees down, but when it's coming through that hot and that there's that much around it. I still think it's probably gone.


Well, I was surprised, but I know that it can do that. We were ready all day just in case. It was just surprising how it turned from where the direction they thought it was going to be. I was watching the updates and it was headed a different direction than it turned out towards Berry Creek.


Living in a trailer for right now. We'll figure out what we're gonna do here in the next day or two.

Carlos Munteaba has lived in Berry Hill for 42 years. He said he loves the beauty of the area. He expects that his home and most of his neighbors' have been destroyed. His advice for people who live in fire-prone areas? "Pray a lot and make a lot of friends in the community. So when it all comes down to [it] everybody will help each other."

We packed the truck up and took a little nap to prepare to leave. Two hours later, the town around us was on fire and seemed to be apparently burned.


She was driving. It was midnight. And it was totally both sides of the road engulfed in flames. Trees on fire completely on both sides. And it was, I want to go fast, but can't because it was too smoky situation.


Yeah, absolutely [I'll go back]. Go back to the hills. Absolutely. Go clean up other people's stuff for 'em, you know, helps out. You just do the community work that needs to be done."