Demonstrators gathered in downtown Sacramento Thursday night to protest racial injustice and the shooting of Jacob Blake by police in Kenosha, Wisconsin.

While an early evening event ended without incidents of vandalism, there were reports of spray painting and broken glass and windows, at city and county buildings, during a second protest that started later Thursday evening.

Blake was shot seven times by Kenosha police this weekend. This week two other people were shot and killed during protests in Kenosha by a 17-year-old white male who identified as a member of a local militia group.

Thursday's demonstration, organized by the group JUICE Sacramento, began around 5:30 p.m. at Cesar Chavez Plaza. Dozens gathered and marched through downtown streets, including a brief confrontation with Mayor Darrell Steinberg, who attempted to join the march but was turned down by activists.

mayor steinberg, who was eating dinner at la cosecha when this march started, came out to join the march. protesters told him no then marched on. pic.twitter.com/mdfJHXlyqJ

Earlier in the day, Steinberg wrote a blog post saying he supported peaceful protests, but warned against the destruction of property. The comment was aimed specifically at a separate protest planned for 8:30 p.m. and promoted by Antifa Sacramento.

"We will uplift those protesting loudly and peacefully," Steinberg wrote. "At the same time, we will hold those who destroy property fully accountable. We will encourage our Sacramento law enforcement authorities to do everything they can to prevent the destruction or damage to hard working businesses, including arrests on the spot where it is safe for the officers and the public." 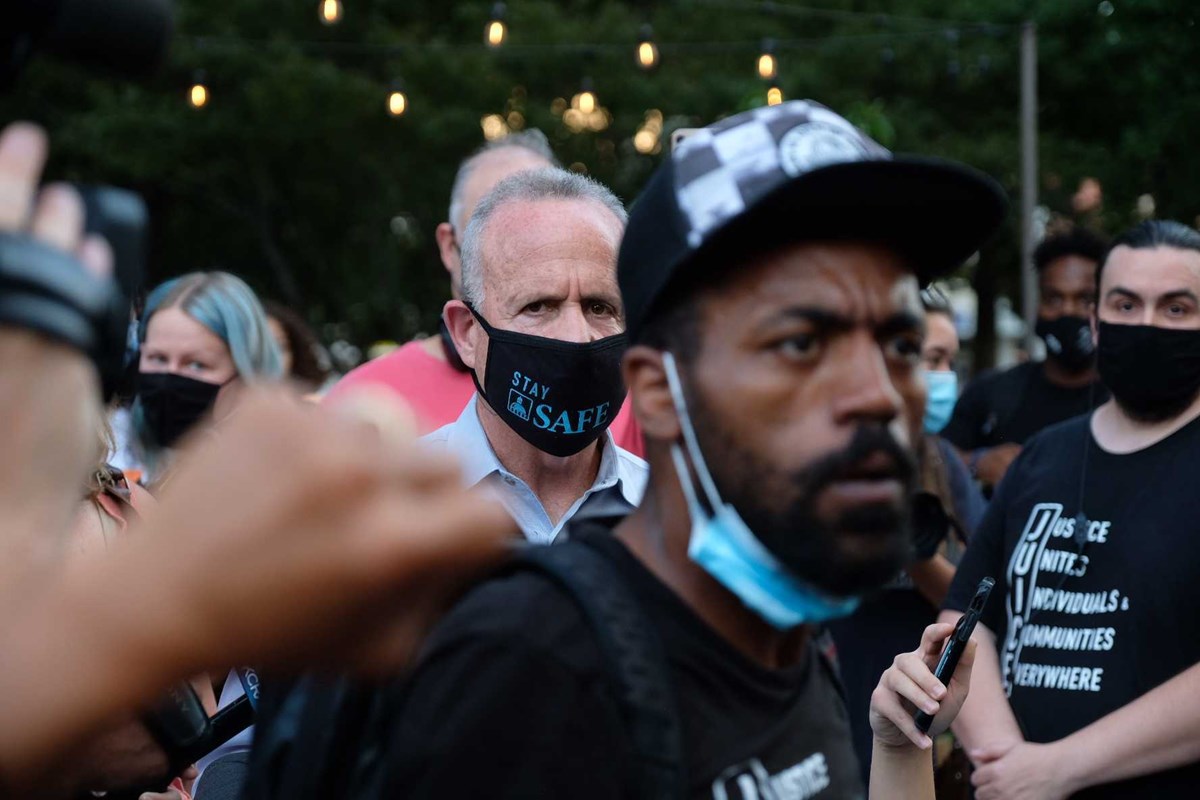 Sacramento City Councilmember-Elect Katie Valenzuela, tweeted she was "incredibly disappointed that city leaders are branding tonight's protest as potentially violent w/o any evidence."

I'm incredibly disappointed that city leaders are branding tonight's protest as potentially violent w/o any evidence. The recent murder of protestors in Konosha is another example of how those prejudices bring harm to people exercising their constitutional rights to free speech. 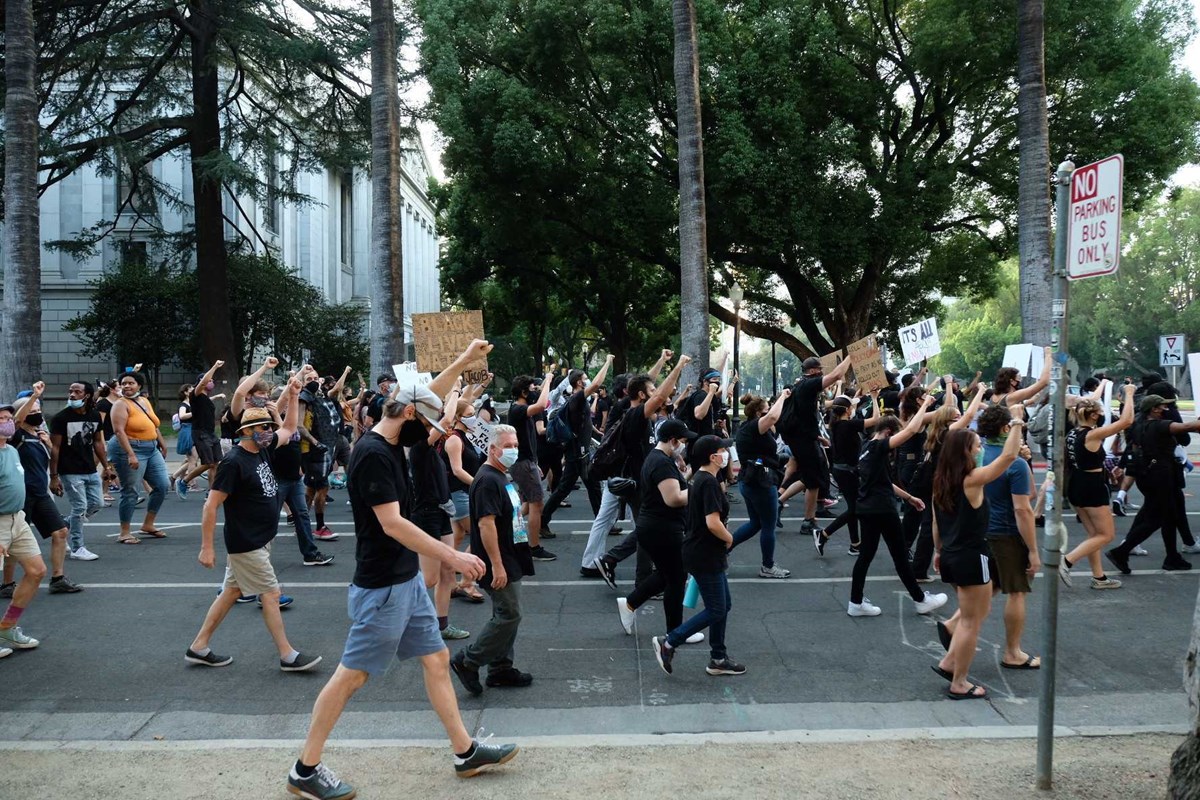 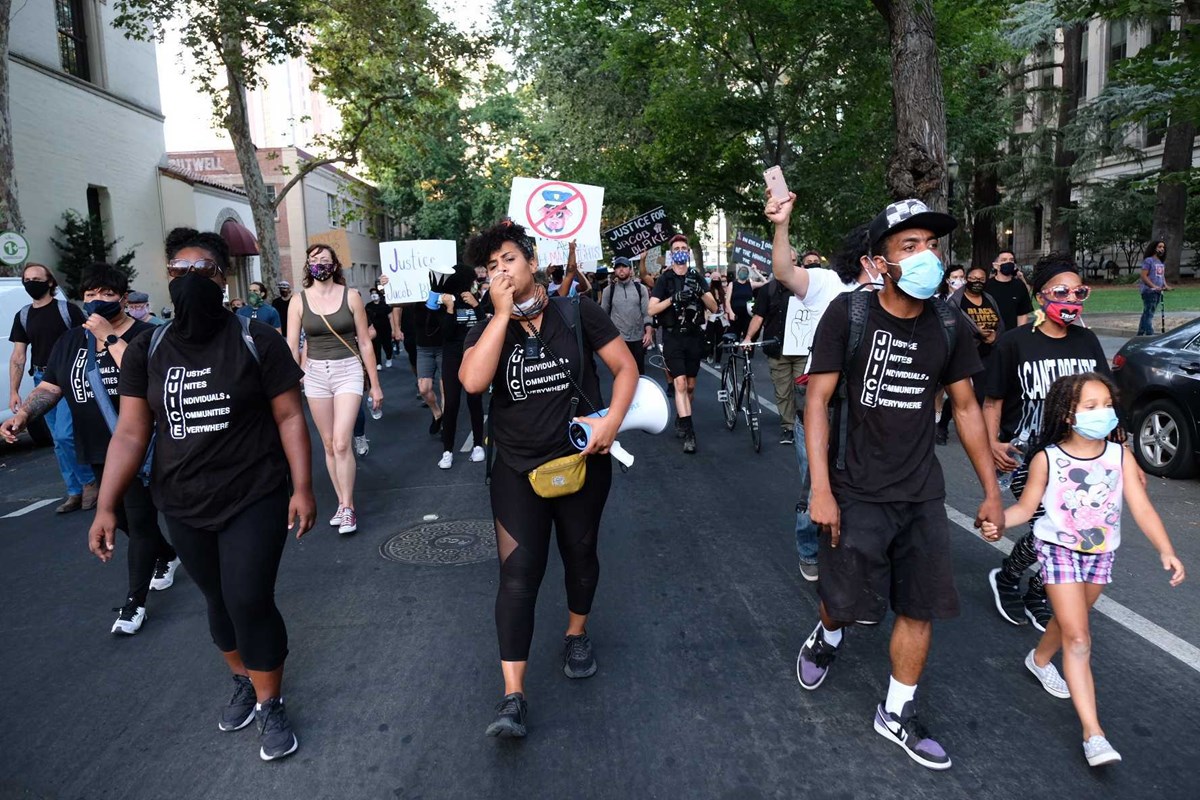 After 9 p.m. there were reports of vandalism, including damage to the Sacramento County Sheriff's Office. Sacramento police also reported "subjects attempting to light a fire at the DA’s office."