Mayor Darrell Steinberg’s “strong mayor” plan went before City Council on Tuesday and was met with opposition from dozens of residents, and some support — but mostly questions — from council members.

In response, the mayor said he will likely modify his pitch for more executive power.

In the days leading up to the meeting, members of the public also put forward a counter-proposal in response to Steinberg’s proposed initiative, which he is calling the Sacramento Mayoral Accountability and Community Equity Act. The proposal separated the equity initiatives from the strong mayor provision and garnered over 200 signatures.

Many commenters who called into the council’s virtual Zoom meeting on Tuesday expressed frustration that they had already voted against a “strong mayor” proposal once before in 2014. Others argued more mayoral power wasn’t necessary to make some of the equity changes Steinberg says he isn’t able to do under the current city government structure.

“We are really glad that the city is trying to take some actions on some of the community proposals that have come up, the challenge is that we don’t like the idea that this is tied in with the same conversation about mayoral accountability,” Flojaune Cofer, chairperson of the Measure U Community Advisory Committee, said of the mayor’s plan to include equity policy changes on the same ballot measure as strong mayor. “We don’t like the idea of this being a zero sum game.”

Some residents said a strong mayor system of governance would not lead to more equitable outcomes for underserved communities.

She referenced other cities like Oakland and Los Angeles, where she said a system of governance where the mayor has more power did not work to the advantage of those with less political sway.

“The equity goals of this particular proposal are slightly disingenuous; there is nothing preventing the current mayor or council from fully executing these common sense provisions right here right now,” Xiong said.

Steinberg insists his ballot proposal is more about ensuring equity in the city’s practices than a personal power grab. After listening to the public and his colleagues for nearly two hours, he re-enforced his view that more equity at City Hall and charter reform should happen together.

The mayor argued that, with the city manager in charge, the city’s goals will be to protect its own financial interests, not invest in communities that need it most.

“Here is the fundamental reality of our city governance today: Its primary responsibility is to ensure the health of the city organization,” Steinberg said of the current model of government. “Its primary responsibility is not to invest its resources into the neighborhoods and the community, especially the neighborhoods and community that’s been left behind.”

Councilmembers were divided during Tuesday’s discussion. Some members like Steve Hansen, who opposed former Mayor Kevin Johnson’s “strong mayor” ballot initiative in 2014, said they were keeping an “open mind.” Others wanted to hear more from residents before putting the item to the ballot.

Councilmember Angelique Ashby was in support of putting it to the voters, but with changes that she thought could hold the city accountable to making progress on increasing equity.

“If a city elects a mayor, a one-person vision that they really want implemented, that person needs to have the ability to implement that vision,” Ashby said.

Councilmembers Larry Carr and Jeff Harris opposed putting it on the ballot. Carr cited a study favoring the council-city manager model of government as more effective.

Councilmember Allen Warren said the proposal would be better served by splitting into two different ballot items, one for equity issues and another for strong mayor.

Steinberg will return to the council with a revised proposal next week that he says will address feedback from the public and his colleagues. Council must approve any November ballot measure by August 7. 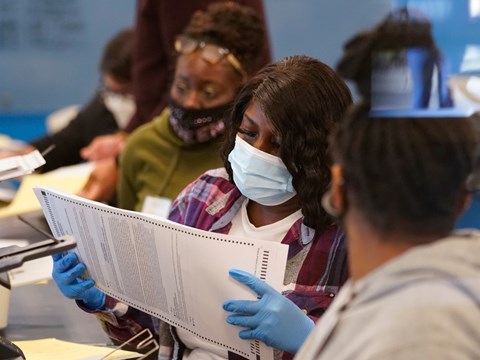 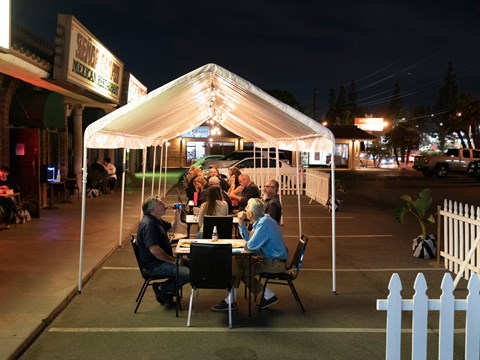 California Will Have A COVID-19 Curfew. Here’s What That Means.