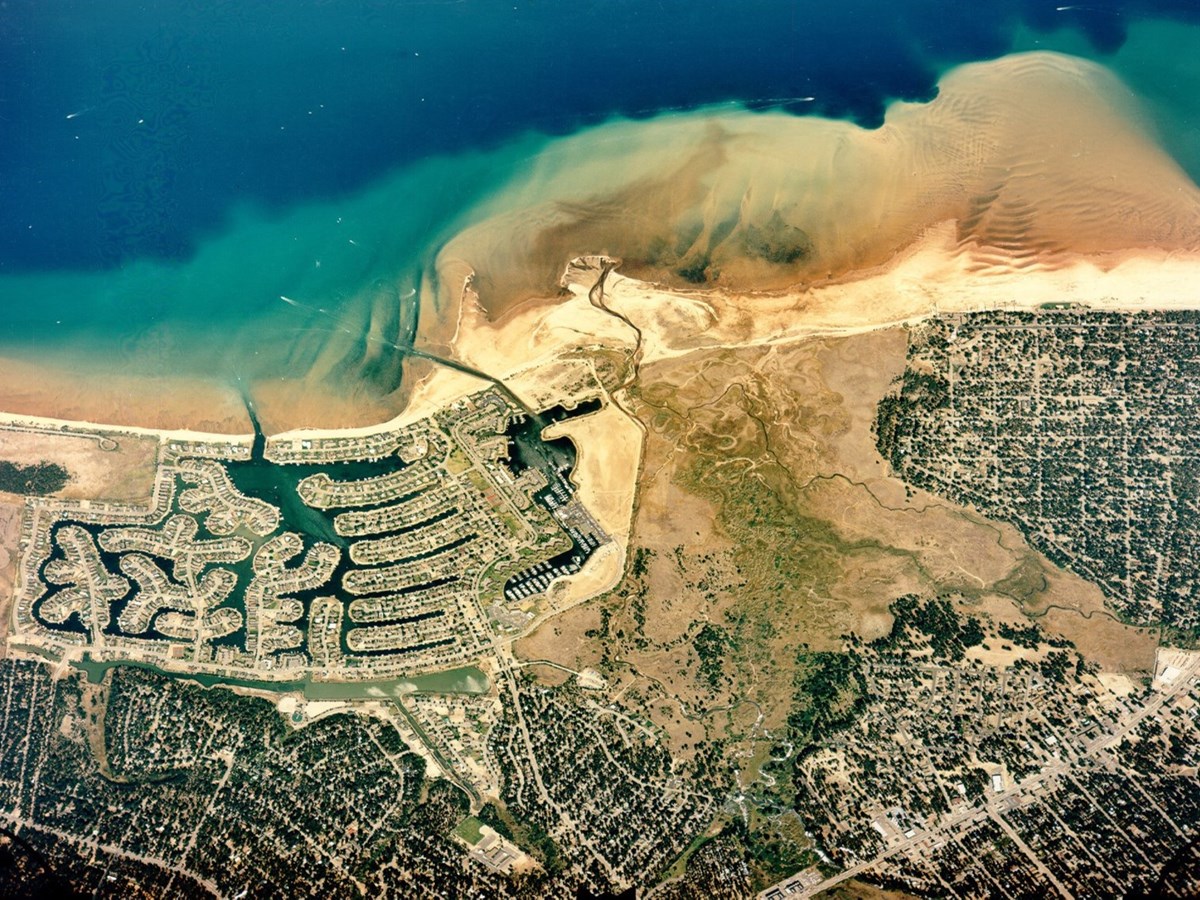 The Tahoe Keys development carved out about half of Tahoe’s largest wetland, and dried out the rest, which now deposits plumes of sediment that damages the lake’s famed clarity.

When Stuart Roll moved to Tahoe around two decades ago he took the gondola up the mountain in South Lake Tahoe. What he saw concerned him.

“I remember riding up the gondola and looking out over the lake and seeing what appeared to be a giant brown plume coming out of the river,” said Roll, a watershed supervisor for the California Tahoe Conservancy.

That plume is fine sediment from the Upper Truckee River that pours into the lake. But now Roll is working on a project that could increase filtration by allowing the river to flow through the largest remaining wetland in the Tahoe Basin.

“It might take quite a while for that plume to be to be completely gone, but the plume should be smaller,” he said.

He says if that plume does go away or decreases perhaps Lake Tahoe’s famed clarity will remain even as greater threats like climate change persist.

The Upper Truckee Marsh in South Lake Tahoe once covered 1,600 acres and is now around 600 acres. It suffered in recent decades because of cattle ranching, channelizing of the river and the development of a neighborhood called the Tahoe Keys in the 1950s and '60s.

“The wetland was actually filled with soil to make pads for future condominiums,” he said. 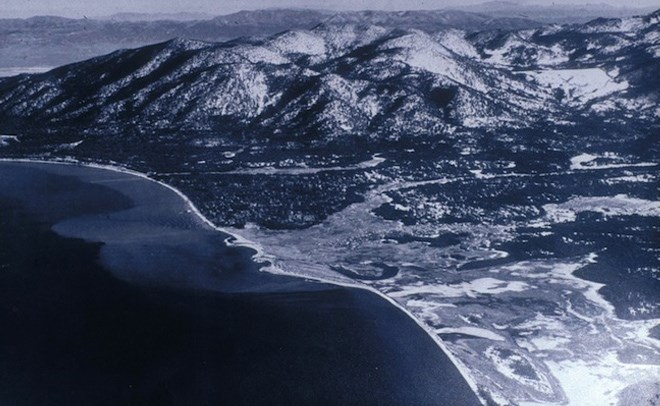 The marsh in the 1930s.California Tahoe Conservancy / Courtesy 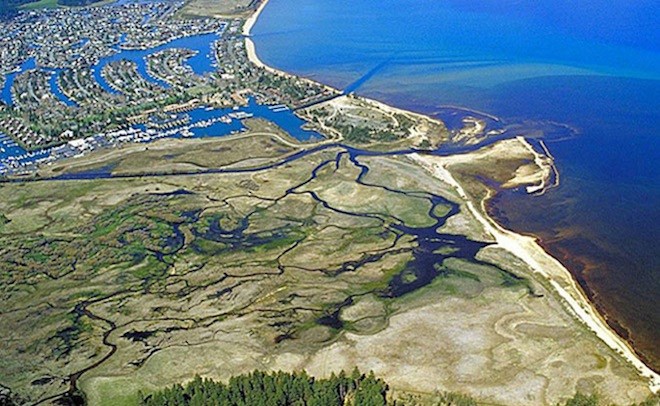 The Conservancy began acquiring land at the marsh in the late '80s.

“This project has been a basin priority for decades,” said California Natural Resources Secretary Wade Crowfoot in a release. “It also demonstrates how much we’ve learned during that time about the importance of rivers and their floodplains to the health of the lake and the basin’s ecotourism-based economy.”

Over 250 acres of floodplain will be restored by returning high river flows to the middle of the marsh. Aerial photos from the 1930s showed the team what the historical floodplain looked like.

The restoration is supposed to eventually help fish and birds thrive, while acting as a natural pollution filter improving water quality before it enters the lake. An area known as the “Sailing Lagoon” will be converted to a functioning wetland and a trail will also be improved. This phase of the restoration should be completed by 2023.

Perhaps one of the greatest feats of the project, if successful, could be in helping preserve Lake Tahoe’s blue hue.

“While it is not possible to undo all the mistakes of the past, this project is the best single opportunity to remedy one of the largest,” said Geoffrey Schladow, Ph.D., Director of the UC Davis-Tahoe Environmental Research Center. “By restoring the marsh and its floodplain we are enabling the Tahoe ecosystem to heal itself long into the future.”

The project means a wetter marsh and that could make the area more resilient to the long-term impacts of climate change.

“Marshes are going to be more strained because they're going to be drier and because of that they have a harder time providing the high quality habitat,” said Roll. “As we re-wet the marsh it  will actually have more of a capacity to provide the good functions and habitat even during those extended droughts.” 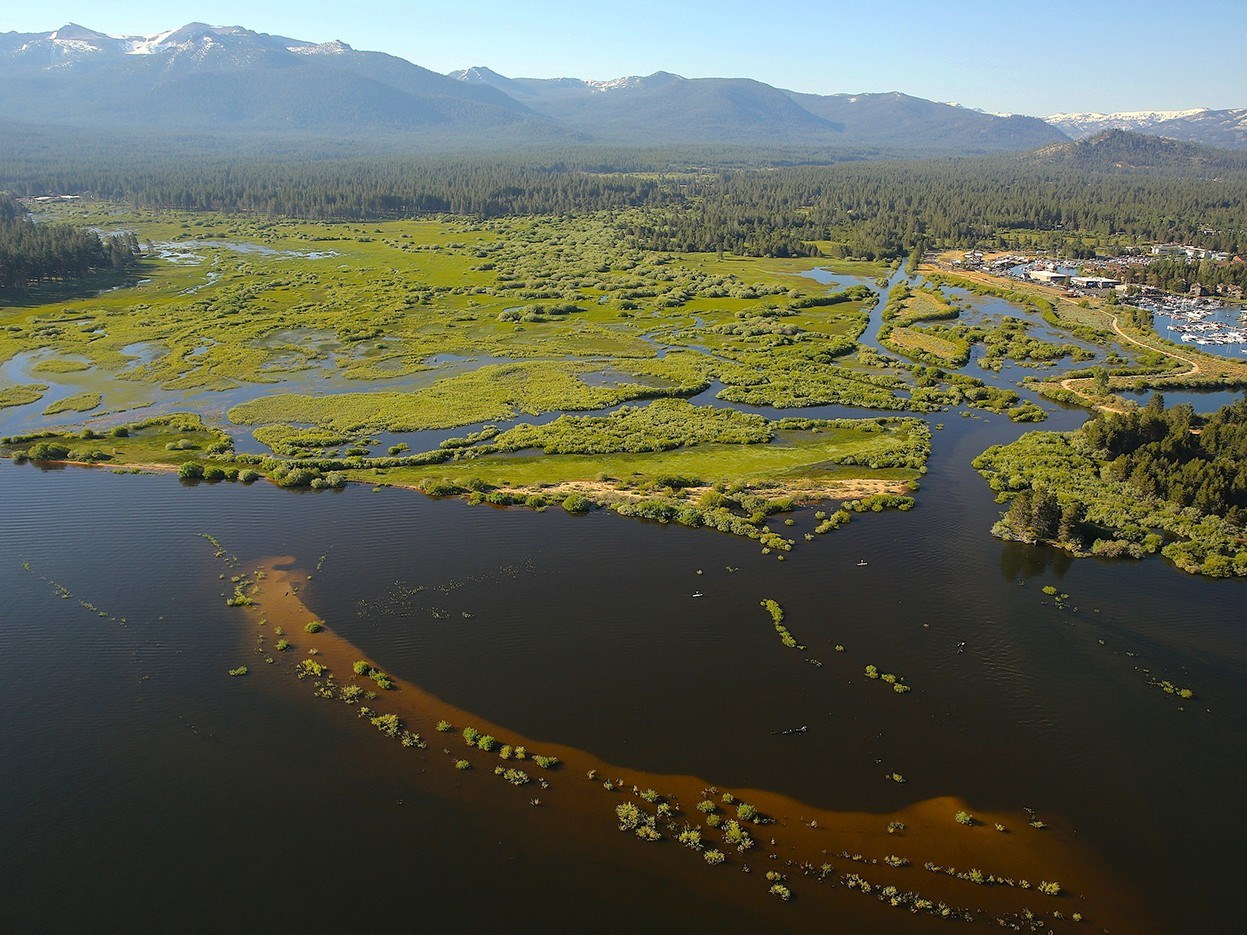 Other factors the Tahoe region may face as the climate crisis worsens are more extreme storms and receiving more rain instead of snow because of warmer temperatures.

“By making the marsh more healthy with more vibrant vegetation and more stable stream channels, it will have the ability to bounce back much more quickly after larger rain on snow events, larger flood events or other extreme precipitation events that might come,” he said.

At least one resident and environmental advocate in South Lake Tahoe is excited about the restoration. Laurel Ames has lived in a community near the marsh since the 1960s.

“I grew up with the marsh lapping at my doorway before it began to dry out,” she said. “I’m thrilled that I will finally be able to witness its rebirth as a living, breathing river.”