When you meet Russell Lehmann, the first thing you notice is that he looks like he just walked off the set of an action movie. He has built shoulders and chiseled biceps, because he spends hours throwing heavy weights around.

But it’s not just about his physique — working out keeps him alive.

“When I work out first thing in the morning and have a great workout, my social anxiety for the rest of the day is just gone,” he said. “Almost everything is gone: my body dysmorphia is gone, my OCD, my depression, my anxiety.”

That's why when Nevada Gov. Steve Sisolak ordered gyms closed on March 17 to help prevent the spread of COVID-19, it came as such a blow to Russell.

“My jaw just literally dropped when I saw that on my phone,” he said. “I was terrified.”

Russell carries a heavy emotional load. On top of those other conditions, he also has autism.

In spite of all that, he’s a motivational speaker, mental health advocate and spoken word poet. He travels around the world, appearing at conferences and spreading awareness of the harm caused by the stigma around mental illness. 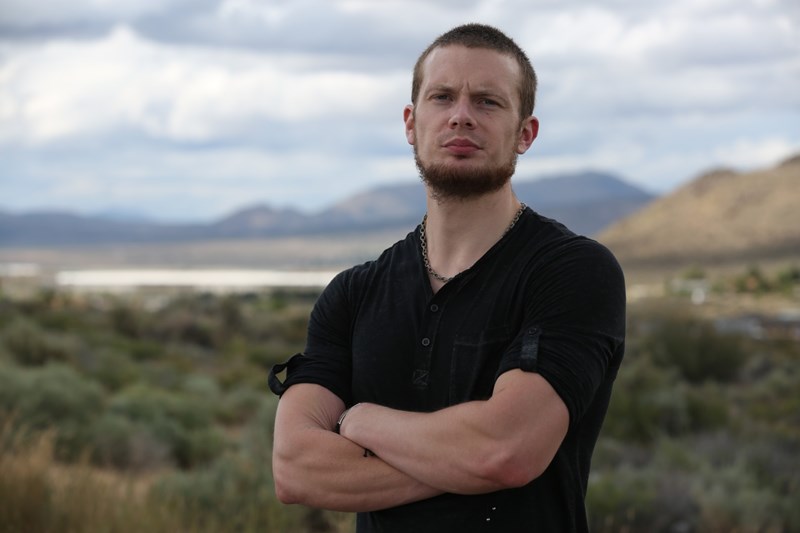 He’s also active online, connecting with others in the mental health community and self-publishing his poems. They’re a way for him to articulate the pain he feels — and the daily triumph of persisting anyway.

In a recent piece called “Simply Exist,” Russell summed up the toll his mental illness takes.

“I’m withered. I’m worn. A decrepit soul, to be precise.”

Russell has to be uncommonly strong just to get out of bed. On the really bad days, he can’t.

Over the course of this story, he made several voice recordings of himself to document his experience during the pandemic shutdown. He made one of those on a day when he wasn’t able to get exercise — which led to a depressive episode by the early afternoon.

“I’m not tired at all,” he said. “But I am in bed with my blinds closed, because I couldn’t stand to be awake. It was too painful.”

COVID-19 restrictions have been disruptive for the entire country. But for people like Russell, they’re more than just an inconvenience — they’re a threat. On top of interrupting his routine, which Russell says is especially difficult for people who have autism, the pandemic has the potential to exacerbate symptoms of depression.

Herbert Coard is a clinical psychologist at  Renown hospital in Reno. He says many of his patients are struggling with the new normal.

“One of the variables associated with depression is isolation. Well, we’ve certainly built that into this equation,” he said. “We’ve decreased the contacts that people have had and because of those decreased contacts that they’re having, their senses of depression are increasing.”

According to Coard, that’s putting people with mental illness at heightened risk.

“We have seen some increase in suicidal ideation,” he said.

Russell turned to running as an alternative to the gym. It wasn’t a panacea, but it helped. On another of the recordings he made — this one during an 11-mile run — he described the fear that drove him to keep going.

“I know that when I get home and I stop being active, the gates are going to open and all my mental demons are going to be rushing back in,” he said. “I just wish I could just keep running forever. Run away, really. But I’m running from myself.”

Russell’s devotion to fitness is a well-recognized strategy for managing mental illness. According to Coard, exercise can be an effective treatment for chronic depression in particular.

“One of the best protectors for depression is physical activity,” he said. “We call it behavioral activation, people doing things. Because if you do things, then guess what happens? You feel good about it.” 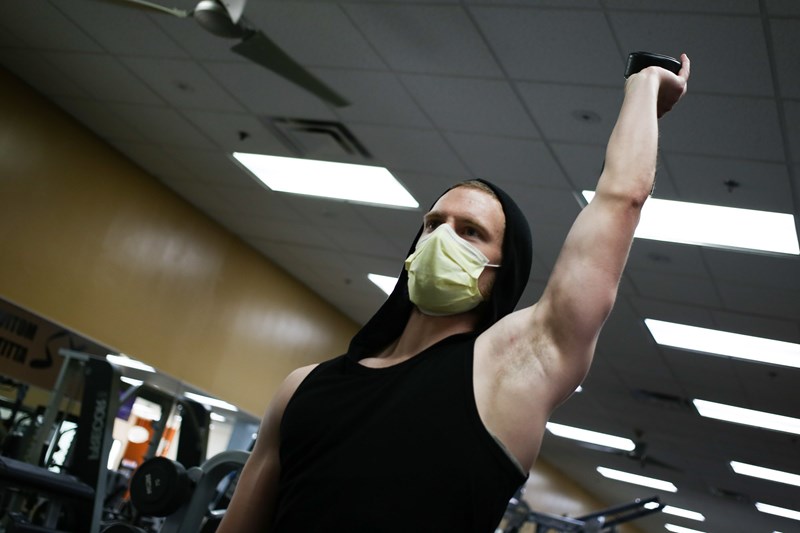 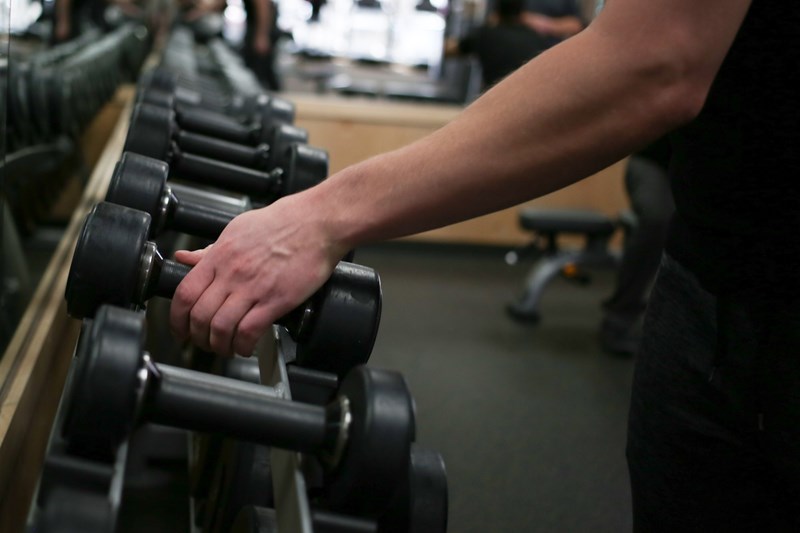 Russell Lehmann works out at the gym. He depends on regular exercise to help him manage the symptoms of chronic depression, anxiety and autism.Bert Johnson / CapRadio

For Russell, exercise isn’t enough on its own. He’s in therapy and takes medication, too.

His mom, Gretchen Lehmann, says there’s a huge difference between the days he’s been able to work out and the ones he can’t.

“If he has not been able to exercise, he pretty much is stuck,” she said. “He will often sit on the sofa with a blanket either over his head, or partially over his head. And that’s kind of his coping mechanism, is to withdraw and pull into his shell.”

Gretchen is grateful he’s found an effective way to manage his multiple diagnoses. But in an emotional interview with CapRadio, she also acknowledged it’s a day-by-day fight for him to survive them.

“I worry about him, but at the same time I know what he has overcome,” she said. “I know how hard it is for him to feel like there’s a purpose for all this suffering.”

Russell is open about the fact that he endures suicidal ideations as a result of his depression, but according to Gretchen, he tries not to dwell on them.

“He does talk about it when it gets, I think, to a crisis point,”  she said. “The rest of the time he tries to shield me.”

Herbert Coard says if people notice signs of severe depression in friends and family, they shouldn’t be afraid to check in.

“You can not make somebody suicidal by asking them if they’re thinking about suicide.”

But he cautions that if someone has gotten to that point, it’s critical to get outside help. “That’s really outside of your ability to help them,” he said. “In order to keep yourself healthy, it’s time to pull in the professionals that can help you.”

Ultimately, Russell finds strength in sharing his perspective and fighting the stigma associated with mental illness.

“The toughest challenges are reserved for the toughest people,” he said. “I know that through my challenges I can spread hope to others, through my speeches and writings. So that’s what makes it worth it.”

Russell’s been back in the gym for a few weeks now. He says getting back to his old routine is already restoring his hope for the future.

And a lot of Russell’s speaking engagements are being rebooked as webinars — he says sharing his experience virtually makes him feel almost as good as the in-person appearances he’s used to.

But the pandemic is far from over — in recent days, Nevada’s case numbers have started to climb again — and that could mean more changes to come.

For Russell, that uncertainty is a challenge in itself.

“The key for me will be to implement the flexible thinking I developed during the shutdown.”