Bars, Gyms And Movie Theaters Can Reopen In California — Here's What Else Can Start This Weekend

On Friday June 12, California opened the gates for more sectors of the economy to resume operations after months of closures due to the coronavirus.

Bars, restaurants, gyms, movie theaters, day camps and more will be able to reopen with strict social distancing and sanitation measures. Film and television production and professional sports can also begin without live audiences. Some professional leagues including the NBA are scheduled to resume in July, though the NBA is holding a 22-team end to the season and playoffs in Orlando (the Kings will be a part of it).

Despite some hotspots around the state, Gov. Gavin Newsom this week defended the move into the next phase of California’s reopening plan.

Compared to 90 days ago, “we’re in a completely different place to prepare for an inevitable increase,” Newsom said on Tuesday. “We’ve made it abundantly clear that we anticipate an increase in the total number of positive cases” as new sectors return to work.

Most counties are approved to move into this new phase of reopening, including Sacramento, Yolo, Placer and El Dorado. Only Imperial and a handful of Bay Area counties have not filed applications with the state.

Here’s a look at what’s allowed to reopen as California moves into “Stage 3” — and what’s still not allowed. And just because businesses can open, some are choosing to stay closed. Call ahead before visiting that bar, movie theater or museum you've been waiting to return to.

Nail salons, tattoo shops, waxing and other personal services can reopen Friday, June 19, according to guidance from the state health department.

Newsom first ordered these establishments closed on March 15 in what was the first round of closures nationwide aimed at slowing the spread of the coronavirus. Some bars and taprooms have been able to get around the closures by selling food.

Patrons can expect to see measures similar to those at restaurants: hand sanitizer at the door, front-of-house staff in face coverings, and limited capacity to allow for distance between groups. But state guidelines say bar seating should be eliminated to maintain a distance between staff and customers.

Wineries and tasting rooms are encouraged to replace the glass after each tasting. Dump buckets may also be replaced with an individual cup for each guest.

Like other businesses, gyms are told to space out equipment so customers can keep a distance of at least six feet.

State guidelines advise workout centers to disinfect things regularly, even if that means modifying operating hours. For example, Orangevale-based California Family Fitness says its clubs will close from 1-2:30 p.m. daily for a “cleaning intermission.”
Group classes can also resume, as long as participants can keep at least six feet apart. While public pools are allowed to open, hot tubs, saunas and steam rooms are supposed to remain closed.

Outdoor museums have already been allowed to open, but now galleries, zoos, aquariums and other indoor museums also have the green light.

The guidelines encourage limited capacity and ticket reservations to avoid crowds. They also direct staff to implement one-way traffic patterns throughout the facility to keep visitors from crossing paths.

Demonstrations like live animal shows should be discontinued if they can;t allow for social distancing and sanitation. Interactive exhibits should also be closed if it’s not possible to sanitize between uses.

Many people are turning to the outdoors for an escape during the pandemic. But these areas still pose a risk to spreading the virus.

Guidelines from the California Department of Health encourage visitors to be “as self-contained and self-sufficient as possible.” That means arriving with your own soap, cleaning supplies, food and firewood to limit interactions with other people.

The guidelines also advise visiting campgrounds and picnic areas with members of your own household.

Movie Theaters and Other Entertainment

State guidelines allow bowling alleys, mini golf, arcades, batting cages and theaters to reopen. But ice rinks, roller rinks, amusement parks or laser tag are still barred from reopening, since “a central part of the activity is circulating in the space.”

Movie theaters must limit seating to 25% capacity or 100 guests — whichever is fewer (churches have the same rule). According to the guidelines, even drive-in movies should keep at least six feet between cars. 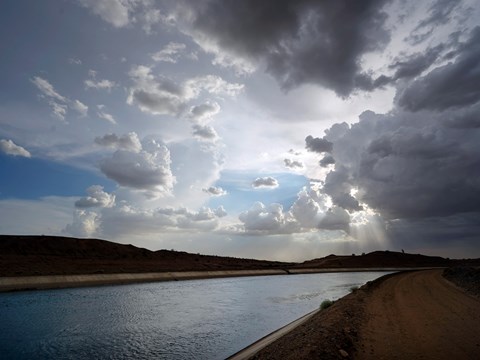