'We Are Already In The Outdoors': Black Birders Week Amplifies Black Voices

Kwasi Wrensford studies how climate change is altering the lives of two species of chipmunks in the Eastern Sierra.

“One of the species over the past hundred years …. has [moved] further up in elevation,” he said. “However, the other species that kind of overlaps in a lot of its range hasn't really shown a similar change.”

As a Ph.D. student at UC Berkeley who is also Black, Wrensford says he’s questioned sometimes when he’s in the field. “People will ask well what I'm doing and they'll be surprised when I tell them I'm a scientist,” he said. “Luckily, nothing overly negative has happened yet, which has been good, but definitely I've surprised people.”

Wrensford’s experience is what Black Birders Week, May 31 to June 5, was all about, but it wasn’t limited to people who study birds.

The idea came after an incident in New York City’s Central Park where Christian Cooper, a birdwatcher who is Black, asked a white woman to put her dog on a leash to follow park rules. Cooper filmed the woman, Amy Cooper, when she refused and called 911 on the man.

In response, a group of Black outdoor enthusiasts nationwide decided to put a week of action together to combat the idea that Black people don’t want to study the outdoors and that the natural world isn’t just a white space. The group launched a new Twitter, @BlackAFinSTEM and held six days of action with the final day uplifting Black women in science.

Today is the final day of @BlackAFinSTEM’s #BlackBirdersWeek, and we are finishing it off with a special celebration of #BlackWomenWhoBird!!!

EVERYONE! Please share the names and platforms of Black women birders and explorers. The world needs to see them.

“I know plenty of other Black scientists who do work in remote areas who are constantly worried that you know, folks are going to think they don't belong and try and confront them,” Wrensford said.

We at @BlackAFinSTEM are starting the inagural #BlackBirdersWeek to celebrate Black Birders and nature explorers, beginning 5/31!!!!!

Take a look at the thread for the schedule of events! pic.twitter.com/yDsAtwR8te


The group aligns with people protesting the recent killings of George Floyd, Breonna Taylor and so many others. On Twitter, the group wrote, “We can’t even organize for one Black trauma before another one happens.”

The group has three goals that don’t stop after the week of activism, says Tykee James, a Black Birders Week organizer and the National Audubon Society’s government affairs coordinator. The group aims to counter the narrative that the outdoors aren’t for Black people, educate people about challenges people of color face, and to encourage diversity.

“I think Black Birders Week shows that the Black experience is more than trauma, that it is about pride, is about joy. It is about resilience, strength and style,” James said.

He hopes the week of activism ignites conversations and has lasting change in the environmental world. James says the goal is to change employment patterns and says hiring one or two people of color is not enough to make an organization inclusive.  “It also needs to be clear to these organizations that we are hireable,” said James. “There's a lot of folks with these really impressive resumes with these really impressive perspectives.”

A huge part of Black Birders Week is to show young Black kids and teens that there are Black professionals working in the outdoors. One of them is desert lover Alicia Thomas, a wildlife refuge specialist with the US Fish and Wildlife Service. She’s worked in all four of the major North American deserts.

“It's just a very majestic landscape,” she said. “On the surface level, it looks like a super harsh environment. But once you dig deeper, you find these jewels here that are just rare that you won't find in any other ecosystem.”

Thomas has worked in the outdoors for around 13 years for agencies like the Forest Service across the country. But she had to fight for internships, jobs and to be taken seriously as a scientist. She now works out of Joshua Tree and the Coachella Valley.

“As a Black woman learning to navigate that without having too much support from a lot of colleagues who maybe not maliciously or intentionally didn't recognize those barriers. It was very difficult,” she said. “This moment is about amplifying Black voices. We are already in the outdoors as regulators, as scientists, policymakers and in so many different capacities.”

Thomas grew up in Baton Rouge, Louisanna, and always loved the outdoors, but she says, “I just had no clue that there was a way to actually work or have a direct state and outdoor areas and then conservation.”

That changed for her by actively seeking out other Black scientists and researchers for help.

“I was the only Black female in my undergraduate program and I had generally, overall good experiences there, but there is always this kind of otherness with it,” she said. “I'm really resourceful ... I was able to research other Black professors who are working in the same field. I reached out to them, and basically found my own mentorship.”

That’s why she says Black Birders Week is so important, because it gives space for people of color to not just dream about a future of working in the outdoors. 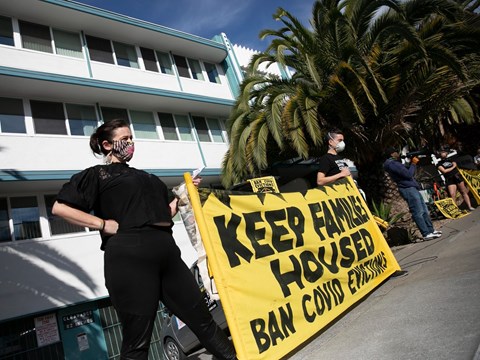