Six Things: The Role Of California’s National Guard In Protests

As Californians continue to protest the death of George Floyd and what it signifies about broader racism, thus far two counties and the mayors of Los Angeles, Long Beach and Sacramento have requested — and received from Gov. Gavin Newsom — a contingent of National Guard troops. But that seemed insufficient to satisfy President Donald Trump, who denounced the sometimes violent protests and threatened to send military troops if states fail to make full use of their National Guards. Here’s what to know about the Guard and its role in California.

The National Guard is an element of the U.S. military. In California, it consists of more than 20,000 members, according to Brian Ferguson, spokesman for the governor’s Office of Emergency Services. To enlist without prior service, applicants must be between the ages of 17 and 35, be a U.S. citizen or permanent resident, and pass a skills test. Unlike in the Army, people in the National Guard can hold other jobs or be students — the Guard includes teachers, postal workers, doctors and lawyers. After joining, members are required to attend a paid drill one weekend a month, and a two-week paid annual training every summer.

“You have a whole gamut of different types of vocations that all make up the California National Guard,” said Lieutenant Colonel Jonathan Shiroma, public affairs director for the California Military Department, the agency that manages the California National Guard. “That’s what makes our duty even more special, because we are invested in our communities. So oftentimes when something is happening in a specific city in California, the service members that are responding are part of that city. So they’re very much part of what’s going on and very much care for the outcome — and make sure to do their best because they’re protecting their family, friends, their relatives, people they work with.”

Nonetheless, the Guard’s militarized presence is not without controversy.

The National Guard, also referred to as “weekend soldiers,” engages in a range of assignments, including humanitarian efforts such as assisting food banks or aiding in emergency evacuations. They can also be activated into combat if needed.

Now, they’re being deployed to cities confronted with huge demonstrations against police brutality and racial injustice — mostly peaceful, but there also have been several incidents of major property destruction and business break-ins. 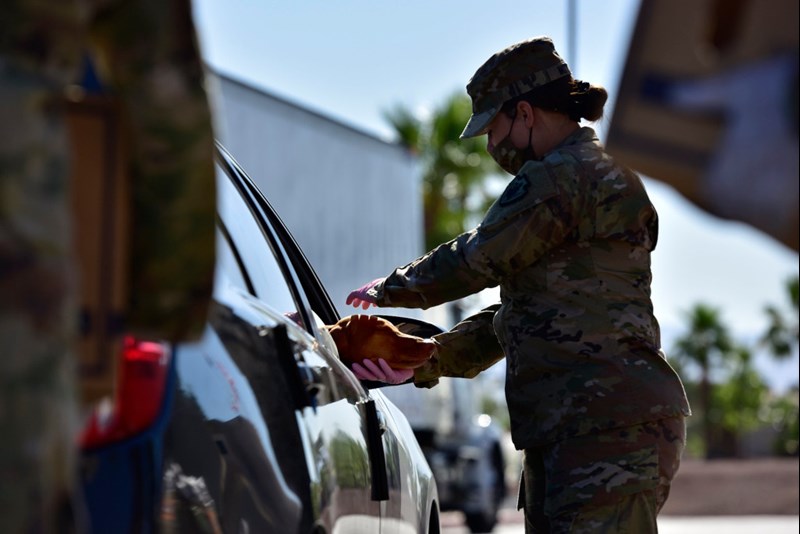 Still, some are unnerved by the presence of the National Guard.

“I think it’s provoking fear in people’s hearts,” Diamond Evans told the Los Angeles Times. “I feel the same way about the curfew. Psychologically, it feels like a war — a war against the people.”

LA Councilman Paul Koretz disagreed, telling the news outlet he encouraged Mayor Eric Garcetti to ask for the Guard because “by midnight, looters were treating one computer store in the area like “a McDonald’s drive-through…We clearly were overrun, even with the LAPD deployment.”

When aiding local law enforcement during protests, the National Guard acts as extra security and can escort ambulances and fire trucks.

“The active policing is still going to continue to be done by the highly trained officers in the local communities and so the Guard once an area is clear, they’ll be security at an area that’s already been worked through by law enforcement, and then they also could provide security on critical infrastructure like a power plant or water treatment facility,” Ferguson said. “Those trained police in all of these jurisdictions will still be doing the active police work and the Guard’s just kind of a support mechanism to help them have additional capacity.”

Citing operational security, Shiroma, the spokesman for the California Military Department, would not go into detail about the weapons Guard troops carry while providing support at protests.

Who’s in charge of the Guard:

“We have over 4,500 National Guard men and women that are available throughout the state of California,” Newsom said. “It’s a bottom-up process, not a top-down process: mayors working with their chiefs working to coordinate and collaborate the deployment of those teams. The National Guard, as you know, have been already distributed to parts of the state disproportionately concentrated in Southern California, but in Northern California we have people pre-assembled. 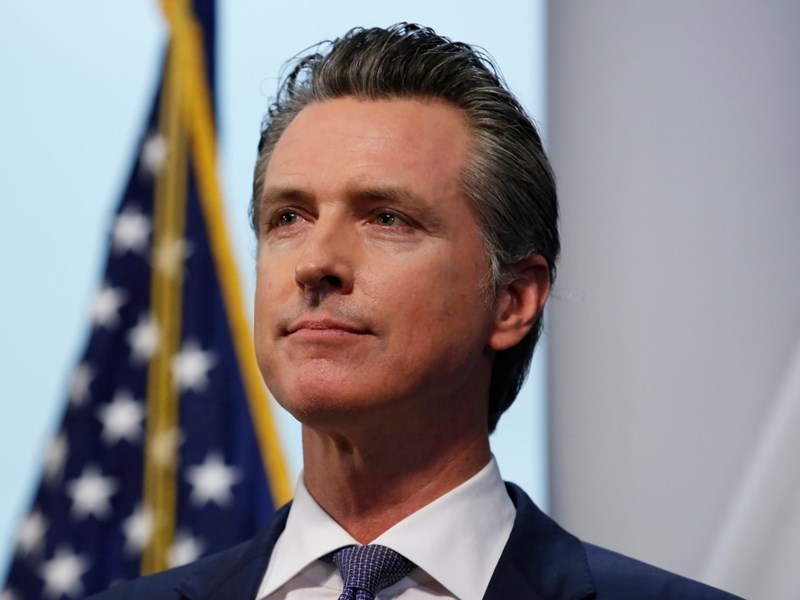 Gov. Gavin Newsom listens to a reporters question during a news conference to update the state's response to the coronavirus at the Governor's Office of Emergency Services in Rancho Cordova, Calif., Monday, March 23, 2020.Rich Pedroncelli / AP Photo

“We’ll continue to meet the request of every mayor and every police chief in the state. We’ve done so so far and we intend to continue to.”

How has the National Guard been deployed in past protests?

One of the most indelible cases in which the National Guard was called in to help quell protests occurred in 1992 after four Los Angeles policemen were acquitted in the beating of Rodney King. At the request of the Los Angeles mayor, then-Gov. Pete Wilson deployed thousands of National Guard troops in the area. There were more than 50 riot-related deaths with at least 10 people killed by the Los Angeles Police Department and National Guardsmen.

Decades earlier, in May of 1969, the National Guard waged a show of force against mostly student protesters around UC Berkeley. At least 2,200 Guardsmen were deployed by former Gov. Ronald Reagan at the request of the Berkeley mayor to confront protesters trying to stop development of Peoples Park. About 1,000 people were arrested and 500 people went to jail. Thirteen people were hospitalized and one police officer was stabbed, according to UC Berkeley.

“The campus and other academics were appalled that the Guard came in, that tear gas had been sprayed on campus from a helicopter. Sending in the Guard was quite peremptory,” recalled Earl Cheit, the executive vice chancellor of UC Berkeley from 1965 to 1969. “There were local and campus police available. The Guard, in some ways, inflamed the situation.”

Newsom expressed a similar concern about the National Guard this week — saying preemptively sending troops would be “a recipe for more problems.”

What about when they’re not assigned to protests?

The National Guard performs a wide array of duties, from humanitarian efforts to combat.  They’ve played a role in managing wildfires, often ensuring that wildfires put out by the first round of firefighters don’t reignite. They provided aid during the Camp Fire that decimated the town of Paradise. Shiroma, with the California Military, said that the National Guard provided support and helped foster loose animals, among other duties.

“It was a zoo,” he said. “It was every type of creature you could think of.”

When Ridgecrest was hit by earthquakes during last year’s Fourth of July weekend, the National Guard was deployed. They were also ready to assist with evacuations when the Oroville Dam was damaged in 2017.

Recently, they’ve been performing body temperature checks to screen for COVID-19 symptoms at, for example, the Office of Emergency Services headquarters where Newsom typically records his press briefings on the pandemic.

In April, after food banks faced a volunteer shortage amid concerns about coronavirus, 60 National Guard members were dispatched to assist the Los Angeles Regional Food Bank. Troops elsewhere have helped with food distribution statewide. The National Guard has also been used to help provide security at coronavirus testing sites throughout California.

But sometimes a guard deployment is controversial even when demonstrations aren’t involved.  In 2018, President Trump demanded that the governors of Texas, New Mexico, Arizona and California order their National Guards to the border to help stop illegal immigration. The other states’ Republican governors did so immediately, but California’s Democratic Gov. Jerry Brown waited and then did complied rather nominally — accepting federal funds to deploy nearly 400 troops to the U.S.-Mexico border, but insisting they had a different mission. “Let’s be crystal clear on the scope of this mission,” Brown wrote. “This will not be a mission to build a new wall. It will not be a mission to round up women and children or detain people escaping violence and seeking a better life. And the California National Guard will not be enforcing federal immigration laws.”

Regardless, last year incoming Gov. Newsom ordered most of those Guard troops on the border withdrawn.

Who pays for the National Guard’s services:

The cost can be born by the federal government, which is how Guard endeavors in response to the coronavirus pandemic have been funded. When the National Guard is assisting during a state mission, like a wildfire or flood, state taxpayers foot the bill.