Curving down the stretch of Highway 20 that hugs the oak-lined shore of Clear Lake, there are no obvious signs that you’re near tribal land — except for R Pomo Pumps.

But in the face of COVID-19, tribes across the state are rethinking who they interact with, and how. Robinson’s tribal chairman Eddie Crandell says closing the gas station’s convenience store was one of the first steps.

“We didn’t want to have any heavy traffic,” he said. “We have a lot of people coming through Highway 20 that could stop there and potentially leave the COVID-19 virus in our store.”

Rancherias, as reservations are often called in California, are not subject to state or county public health orders. But many tribal leaders have declared their own public health emergencies, shuttered their casinos or closed their borders. Now that some rural counties are re-opening businesses, they’re concerned about travelers bringing the virus onto their land.

Crandell said protecting the Pomo elders is a major concern. But he’s also worried about the financial impact of keeping out tourists.

“That’s what our businesses are based around, especially in Lake County,” he said. “For the people that want to work, it’s eatin ‘em up.”

A New Way Of Life

This time of year, Morning Star Gali would normally be celebrating the transition from spring to summer by collecting turnips and elderberries in the lush forests of Burney, California with her extended family.

Her elders, including her parents, live on the Pit River tribal reservation in Modoc County. She typically drives up from Sacramento every few weeks, but she hasn’t been there since mid-March.

“Staying within our homes really goes against our culture and against our cultural ways in terms of sharing with one another and being around our family members,” Gali said. “Not being back home for a couple of months now, it does cause some personal strain.”

Yet Gali, who serves as project director for a group called Restoring Justice for Indigenous Peoples, says she understands why caution is necessary.

There have been 95 confirmed COVID-19 cases and 11 deaths among California’s American Indian and Alaskan Native populations, according to the state data as of May 15, but advocates say government counts are often inaccurate. In Arizona, Utah and New Mexico the Navajo Nation is dealing with more than 4,000 cases.

Many tribal leaders are concerned about losing their elders, who carry unique knowledge about tribal language, customs and history. Seniors are especially vulnerable to the virus, and Native Americans have disproportionate rates of respiratory disease, diabetes and other issues that raise their odds of dying from COVID-19. 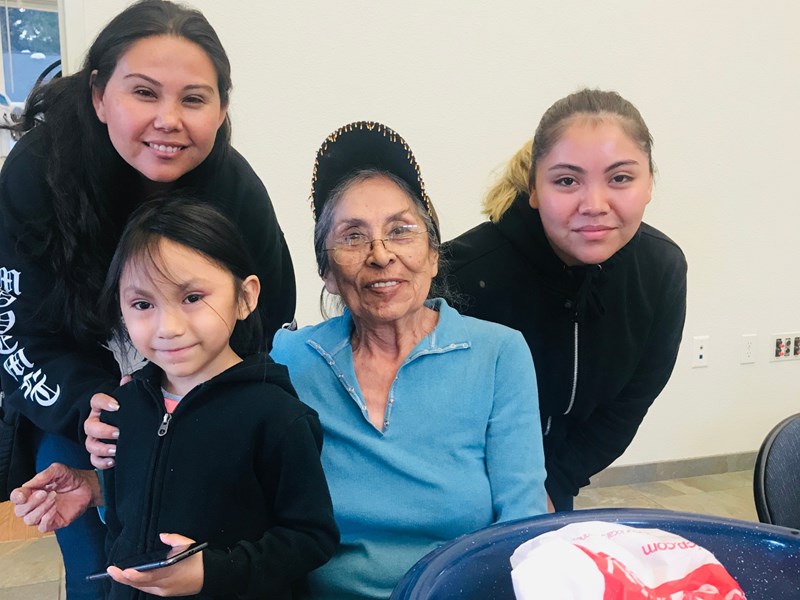 Crandell, of the Robinson Rancheria, said this time of year his members would typically meet with tribes across the region in a ceremonial roundhouse. And they’d prepare for the Bloody Island forgiveness ceremony, which memorializes Pomo Indians who died in a Lake County massacre in 1850.

He said it’s been a challenge to convince everyone to forgo tradition.

“They want to do things normal,” Crandell said. “They want to use the kitchen and the gym, and it’s like ‘we’re not opening’ … you have elders upset, feeling like we’re telling them no.”

But on the upside, he says some members are using the free time as an opportunity to reconnect with their roots.

“They’re making regalia, they are learning their language, learning their songs,” he said. “Things they didn’t have the opportunity in the hustle and bustle of daily life, they’re able to do those things.”

California’s health system for Native Americans is primarily run by the federal Indian Health Service, or IHS. This agency funds and oversees health care for members of the state’s 109 federally recognized tribes, including those who do not live on reservations.

When a Native American in California needs to see a doctor, their first step is usually to seek care at an IHS clinic. While some tribes have a clinic like this onsite, a medical visit often means going to a nearby town.

Researchers and advocates have long criticized the federal government for underfunding the IHS program. Physicians caring for American Indian patients are reimbursed for their services at about one fifth the rate of doctors who serve Medicare recipients and less than half the rate of Medicaid patients.

There’s also no IHS hospital in California, and IHS has a limited amount of funding to support out-of-system care.

“If an Indian person gets sick, they are 100% reliant on a public or private hospital,” said Virginia Hedrick at the California Consortium for Urban Indian Health. “The tribal health program may be able to pay their bill, if they haven’t run out of money … Something like COVID-19 has really highlighted that weakness in our system.”

In addition to California’s 109 federally recognized tribes, there are more than 55 that do not have that recognition because the government terminated their status or never ratified their treaties back in the 1850s. These tribes do not have access to IHS funding.

“We have an enormous disadvantage,” said Gali. “We have the added challenges in obtaining personal protective equipment and shortages of doctors and nurses within those Indian health care facilities.”

“Strengthening testing capacity remains a top priority at IHS,” wrote director Michael Weahkee in a recent letter. “With these expanded efforts, we are seeing increased numbers of positive cases reported … These resources are as critical as our coordinated efforts are to combatting this epidemic.”

The sparse health care infrastructure on reservations, combined with existing disparities among Native Americans, has led many tribes to move cautiously with re-opening.

If the disease spreads on reservations, the impact could be devastating.

“I think it’s a clear reason tribal leaders would be, and should be, vigilant about reducing risk,” Hedrick said.

On some reservations that’s meant closing casinos, which are a main source of revenue for many tribes. Meister Economic Consulting estimates more than 500 gaming facilities operated by 246 tribes have shuttered nationally. The firm reports 296,000 people out of work and $332 million in lost wages.

Some casinos in Southern California plan to reopen Monday against county health orders.

The federal government has approved aid packages specifically for tribes, but some advocates say the money has been slow to come through.

Elizabeth Elliott is a manager with Northern Circle Indian Housing Authority, a  nonprofit that oversees rental units for seven tribes in Butte and Mendocino counties.

When shelter-in-place started, the organization voted to waive rent for tenants for at least two months to try to soften the economic blow. They also started distributing food boxes to tenants and offering digital wellness classes.

“You have communities that were hopeless before this virus hit,” she said. “How do we give them some kind of hope?”

COVID-19 has caused friction between tribes and their neighbors in parts of California, especially as some rural counties begin lifting restrictions.

In Del Norte County, the Log Cabin Diner drew protest from the local Yurok tribe for opening its doors to dine-in customers earlier this month. The restaurant is on Yurok land, but its owners are not tribe members. Their choice to open defied local, tribal and state orders.

“The Tribal Council is acutely aware of the tremendous strain this public health emergency is having on local businesses,” said Tribal Chairman Joseph James in a press release. “We fully support the Log Cabin’s ability to offer to-go orders, but we do not support this affront to tribal sovereignty and the health of our people.”

The diner has since returned to take-out service only.

In Modoc County, where restrictions are being lifted faster than what the state has recommended, Gali is worried about her parents and other loved ones on the reservation

“That’s further putting our elders at risk, and they will now have to take extra precaution as there’s an influx of tourism and people going up to Modoc county knowing they’re reopened their businesses,” she said. “People are vacationing and recreating up there.”

At the Robinson Rancheria Eddie Crandell, who also serves as a district supervisor for Lake County, says he’ll keep his eye on local and state governments to make decisions for his tribe. Clear Lake reopened to county residents over the weekend.

But he’s not planning to open the casino anytime soon.

“It just doesn’t make no sense to try to do that.”