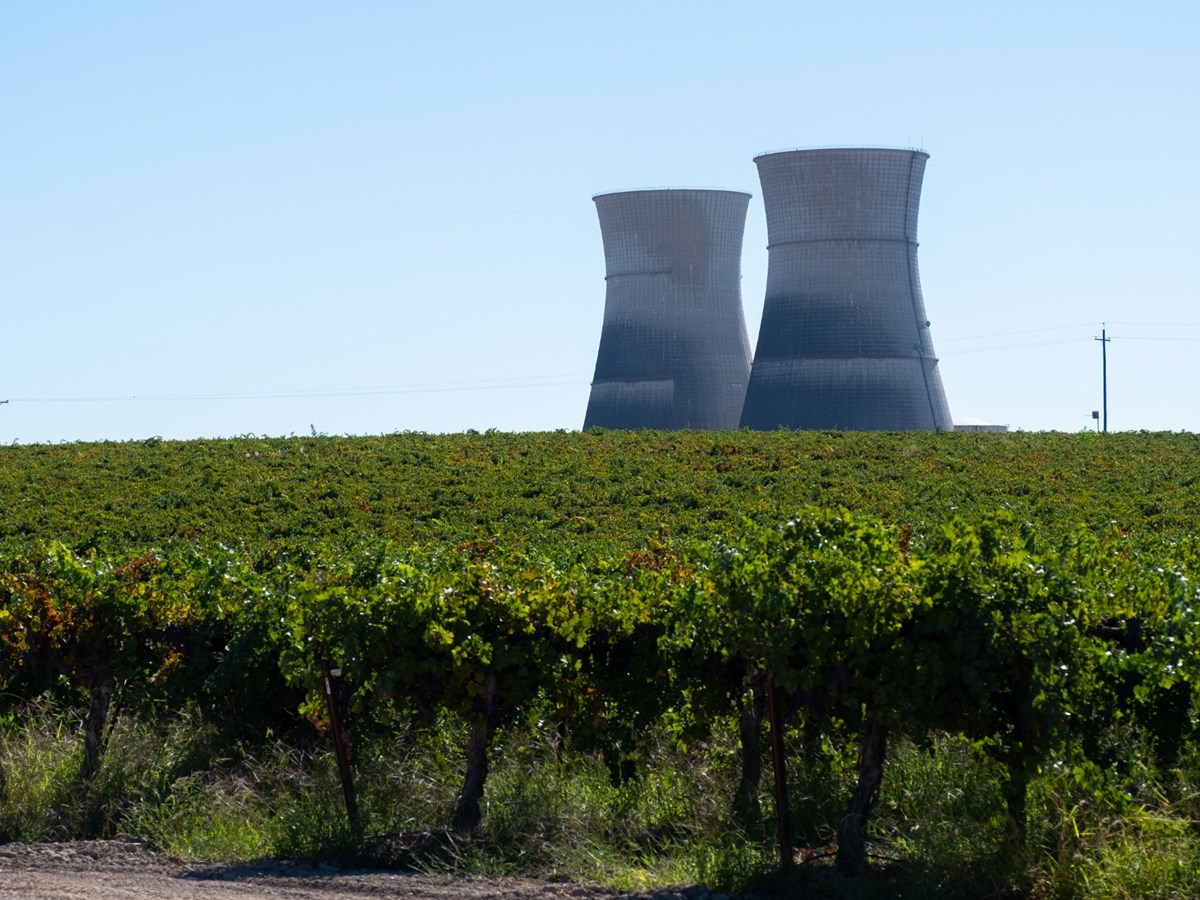 Even if you’ve never been near the Rancho Seco plant, you may have seen its twin cooling towers. At 425 feet, they’re the tallest buildings in the Central Valley

This is part of CapRadio’s “Great Question!” series, where we answer your questions about the region. Learn more or ask your own question at capradio.org/greatquestion.

It’s been 30 years since residents in the Sacramento area made history by closing the Rancho Seco, becoming the first community to shut down a nuclear power plant by public vote.

Even if you’ve never been near the plant, you may have seen its twin cooling towers. At 425 feet, they’re the tallest buildings in the Central Valley, just edging out Sacramento’s Wells Fargo Tower.

In the 1960s, the Sacramento Municipal Utilities District (SMUD) purchased 2,100 acres about an hour southeast of Sacramento to build Rancho Seco. At the time, nuclear energy was considered the power source of the future.

By 1974, Rancho Seco was up and running. But problems plagued it from the beginning, including delays, cost overruns and outages. By 1989 — as expenses rose and the public’s trust in nuclear energy dropped — voters in the district took the plant’s future into their own hands.

“The voters have spoken,” said SMUD’s head of its nuclear program at the time, Joe Firlit. “We will honor the decision of the voters and we will conduct ourselves in a very professional manner.”

“To see it now, it is a ghost town,” said Dan Tallman, who manages everything left over from the old nuclear power days for SMUD. “It was not a very happy time in SMUD’s history.”

But the utility has reinvented the place. Rancho Seco is now home to a natural gas plant, a solar field, and construction is getting underway to create a second array, the largest solar project in the county. 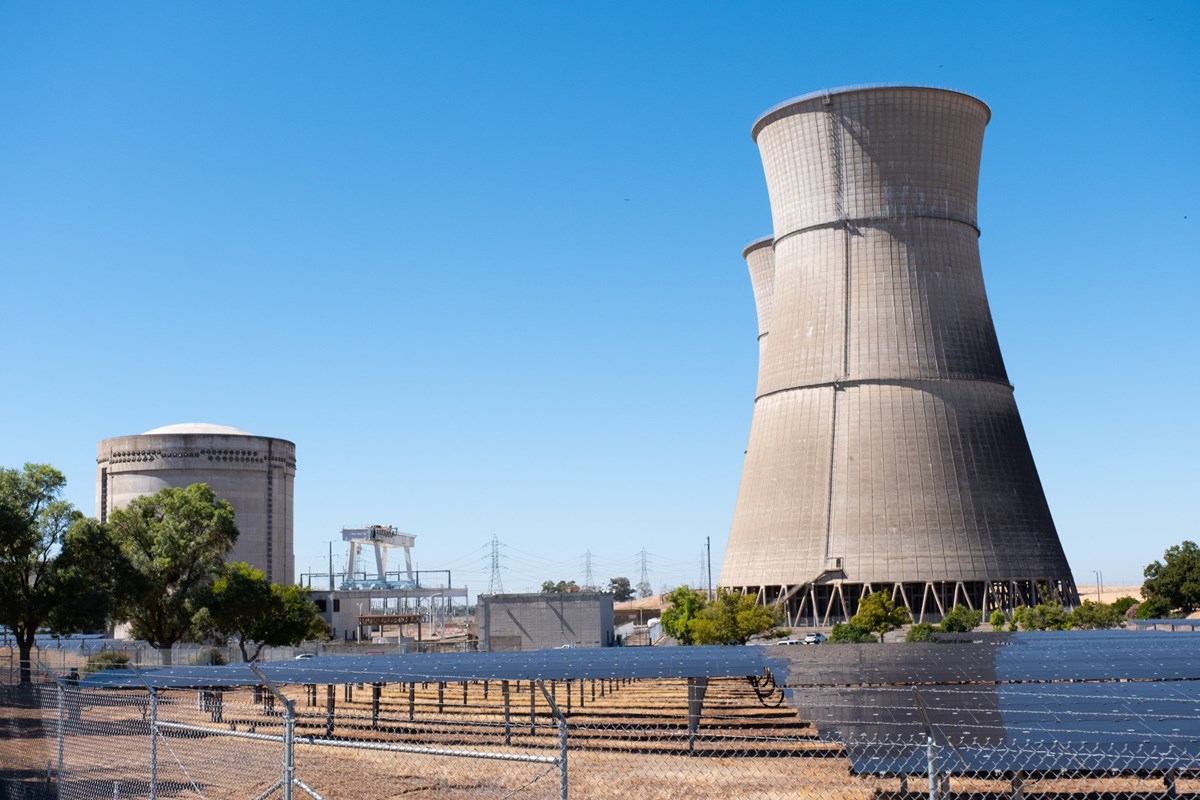 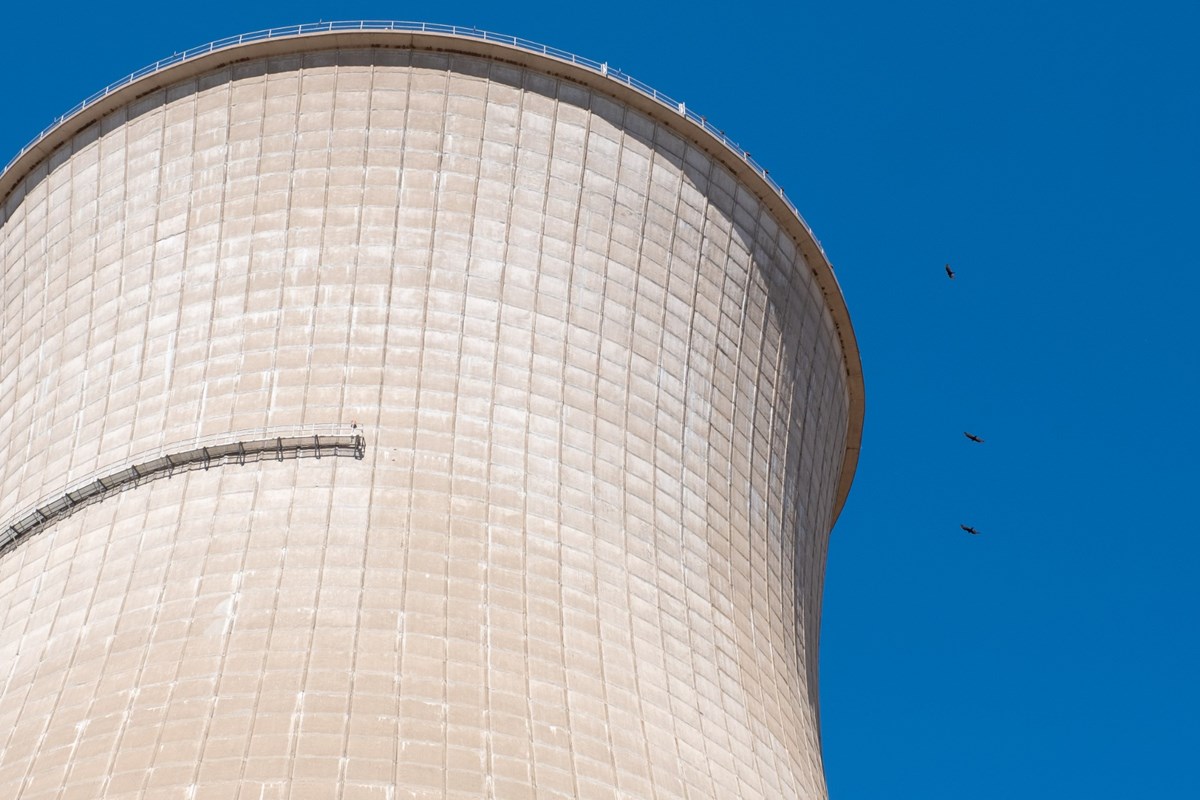 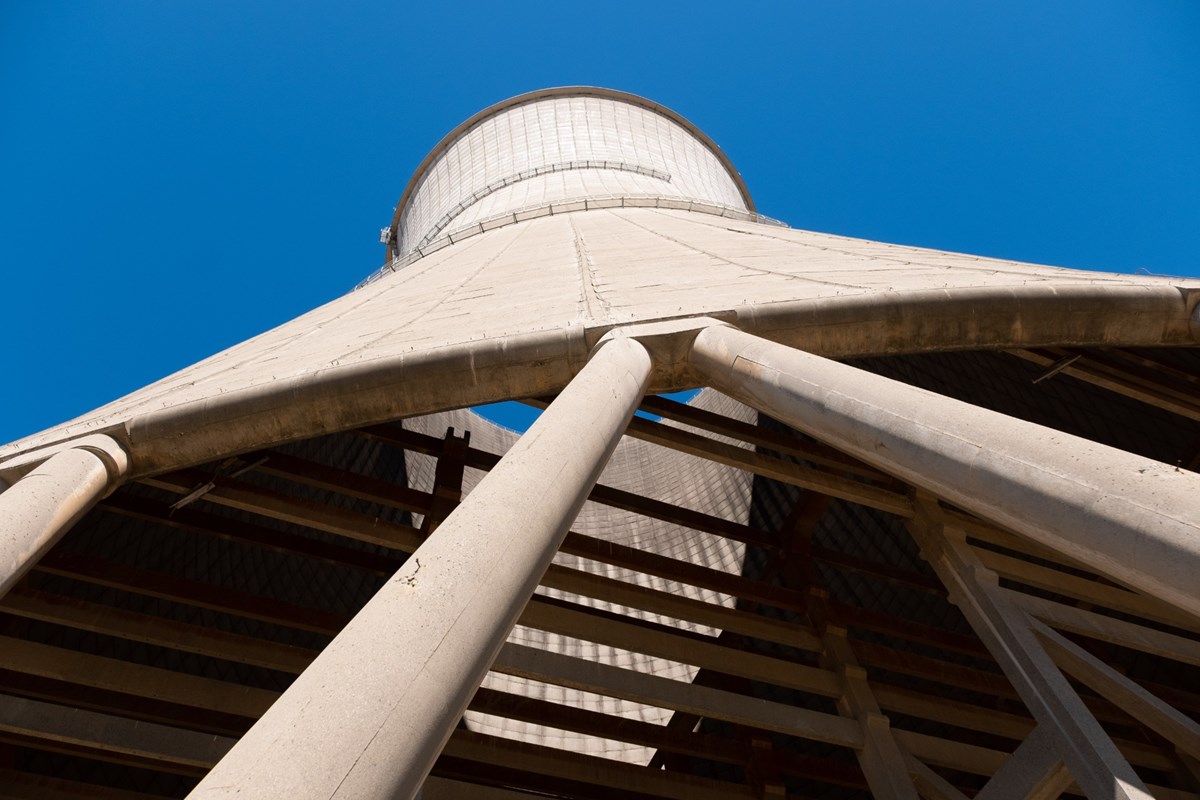 About 20 percent of the land at Rancho Seco is set aside as a landscaped park and campground. It surrounds a lake stocked with fish that used to serve as a water source for the power plant.Andrew Nixon / CapRadio

About 20 percent of the land is set aside as a landscaped park and campground. It surrounds a lake stocked with fish that used to serve as a water source for the power plant. 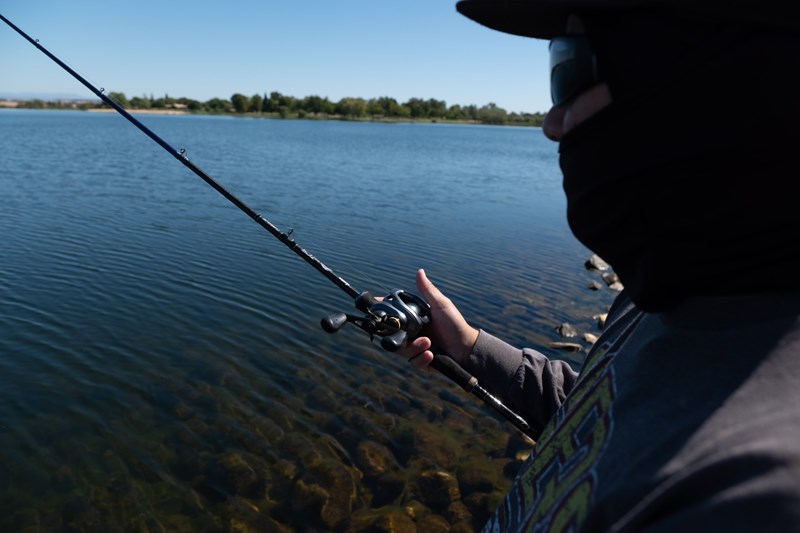 Kou Vang is from Sacramento and says he likes to fish at the lake regularly.Andrew Nixon / CapRadio

Kou Vang is from Sacramento and says he likes to fish at the lake regularly.

“This lake been producing a lot of good quality fish, and it’s a lot of fun, just catch and release.”

Vang said he doesn’t worry about the park being adjacent to a former nuclear power plant. But some in the community do, and they could point to an area just on the other side of those cooling towers where spent radioactive fuel is still housed.

On a tour with CapRadio in September, Tallman brought us within about 100 yards of that dry storage. Even that close, the level of radiation exposure did not noticeably change, according to an expert we brought along for the tour.

“Even just standing around in your home or at work, there’s probably 50 to 60 counts per minute," Block said. "And that’s what we’ve been seeing as we’ve been walking around here.” 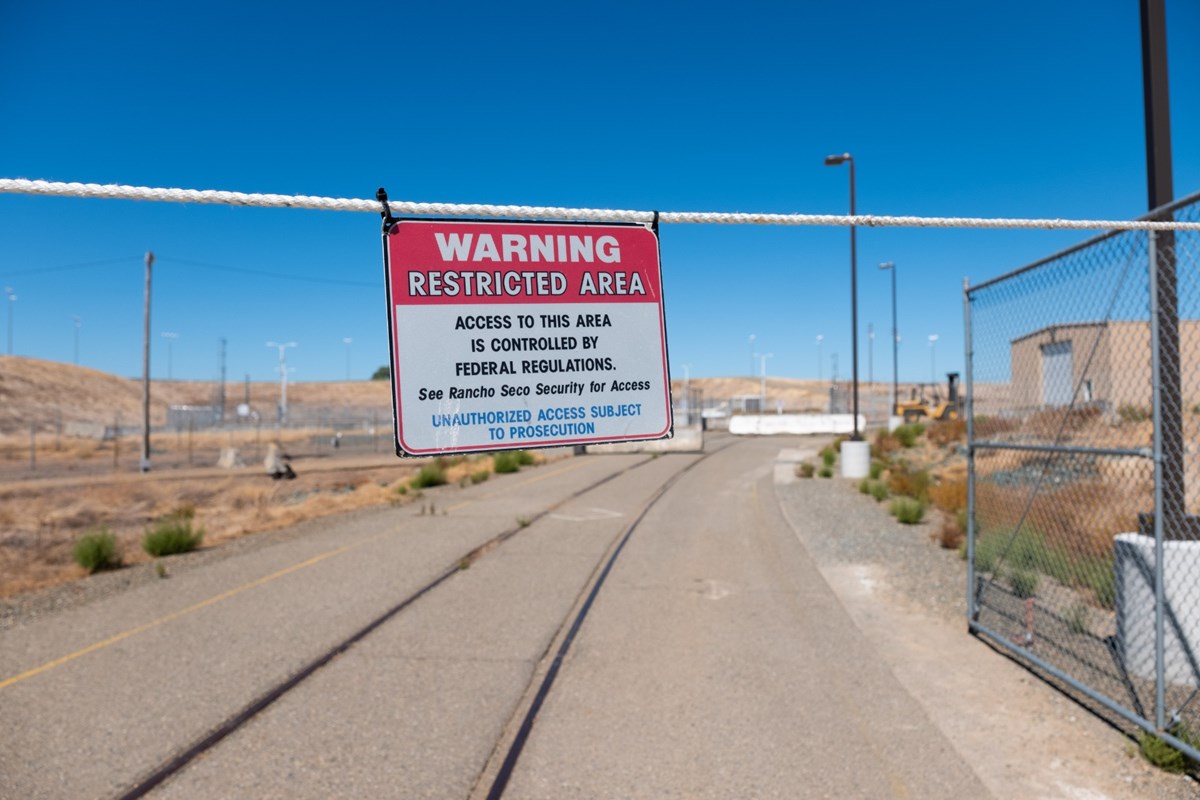 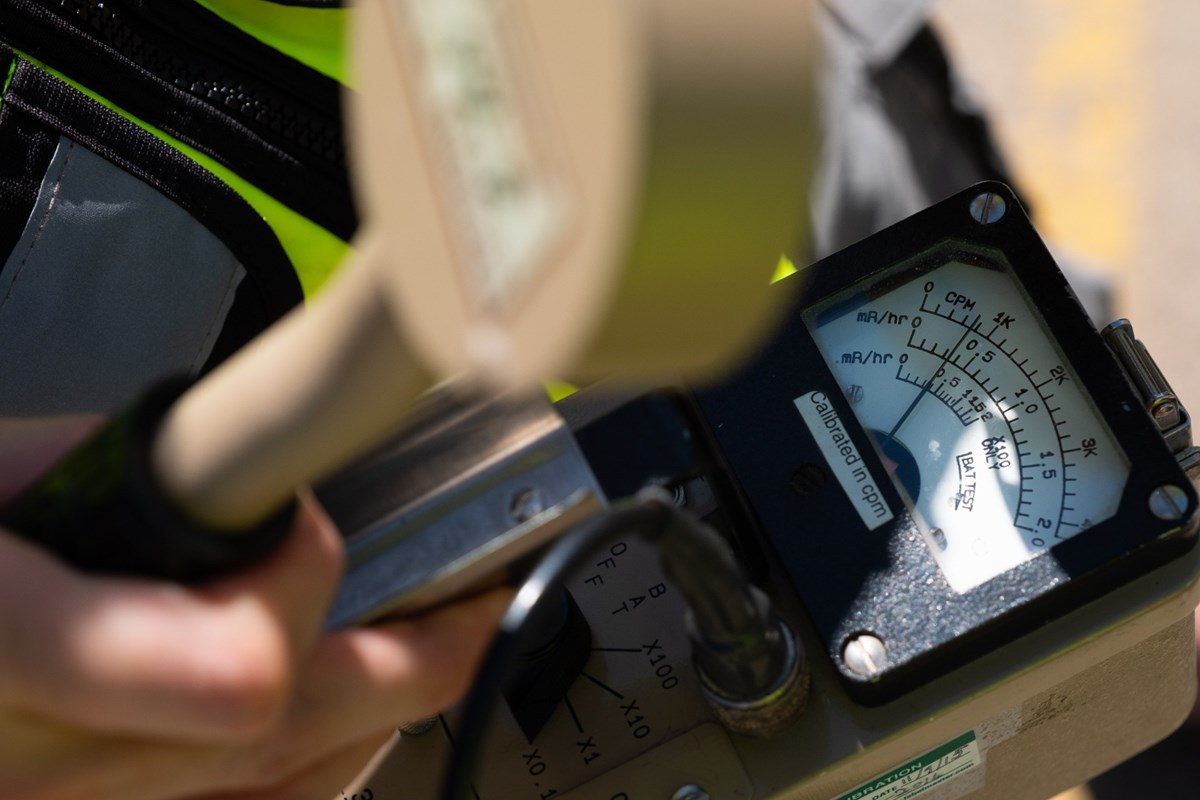 (Left) An area just on the other side of the cooling towers where spent radioactive fuel is still housed. (right)Matt Block, a Sacramento State physicist and professor, works a Geiger counter on a tour of Rancho Seco.Andrew Nixon / CapRadio

SMUD has its own radiation-detection tools and confirms the grounds are safe.  But the utility is anxious to move the stored fuel off of its land, and they're not the only ones trying to remove it.

“We would like to have a way to get rid of it,” said Rep. Doris Matsui (D - Sacramento).

The congresswoman is working to find a new home for not just Rancho Seco’s spent fuel, but dozens of other nuclear facilities throughout the nation. Since negotiations for permanent storage at Nevada’s Yucca Mountain have stalled for years, Matsui has a bill to find another housing option, even if it’s temporary.

“Otherwise if we keep waiting, it’ll just stay there and you never know what might happen to it,” said Matsui.

Tallman is following her bill and says Congress needs to act. 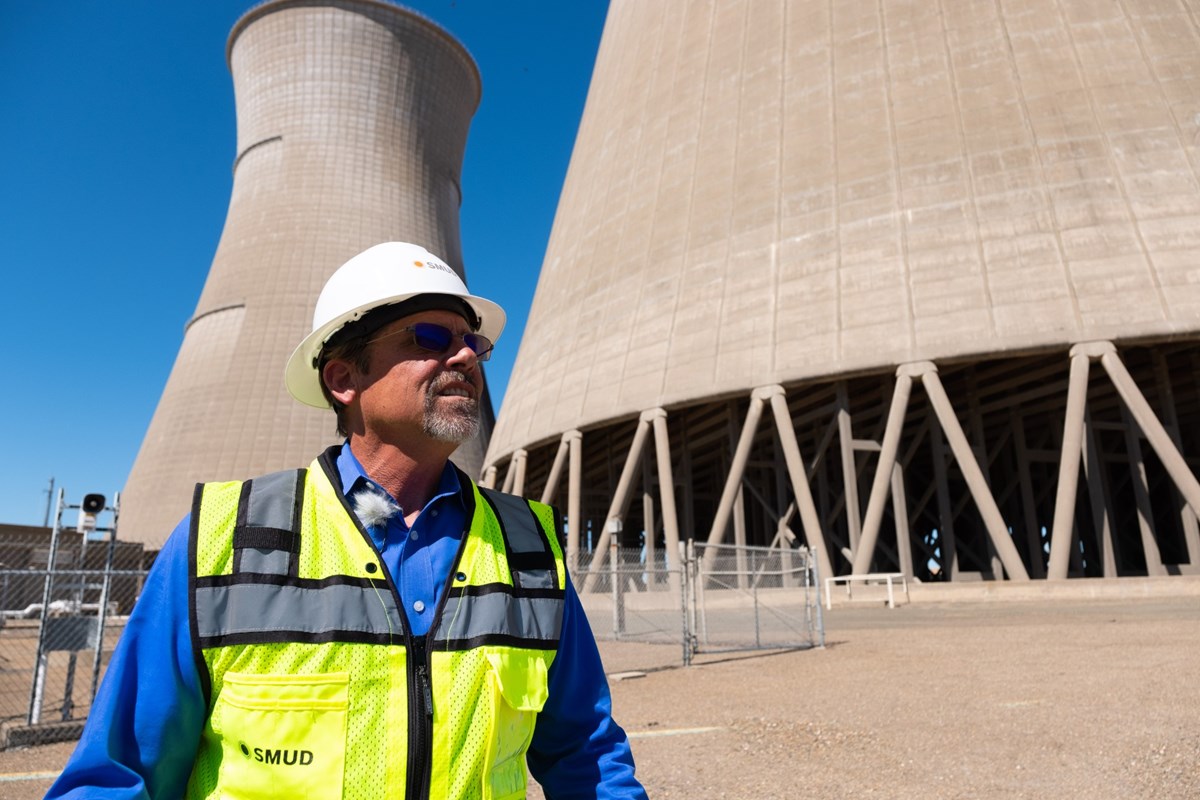 Dan Tallman who manages everything left over from the old nuclear power days for SMUD.Andrew Nixon / CapRadio

“Someday we hope, the Department of Energy will roll one of their trains up there and we can start loading their fuel onto their train to take it to their disposal site and SMUD can get out of the nuclear storage business,” said Tallman.

Matsui said she’s confident her bill will pass the House and she’s hopeful about its chances in the Senate.

While the spent fuel may eventually be carted away, those cooling towers will remain standing. One reason not to tear them down is that they house communications equipment. But, there’s another big factor.

“It would be very expensive,” said Tallman. “These will be monuments to civilization for decades to come without being a safety concern, I do believe.” 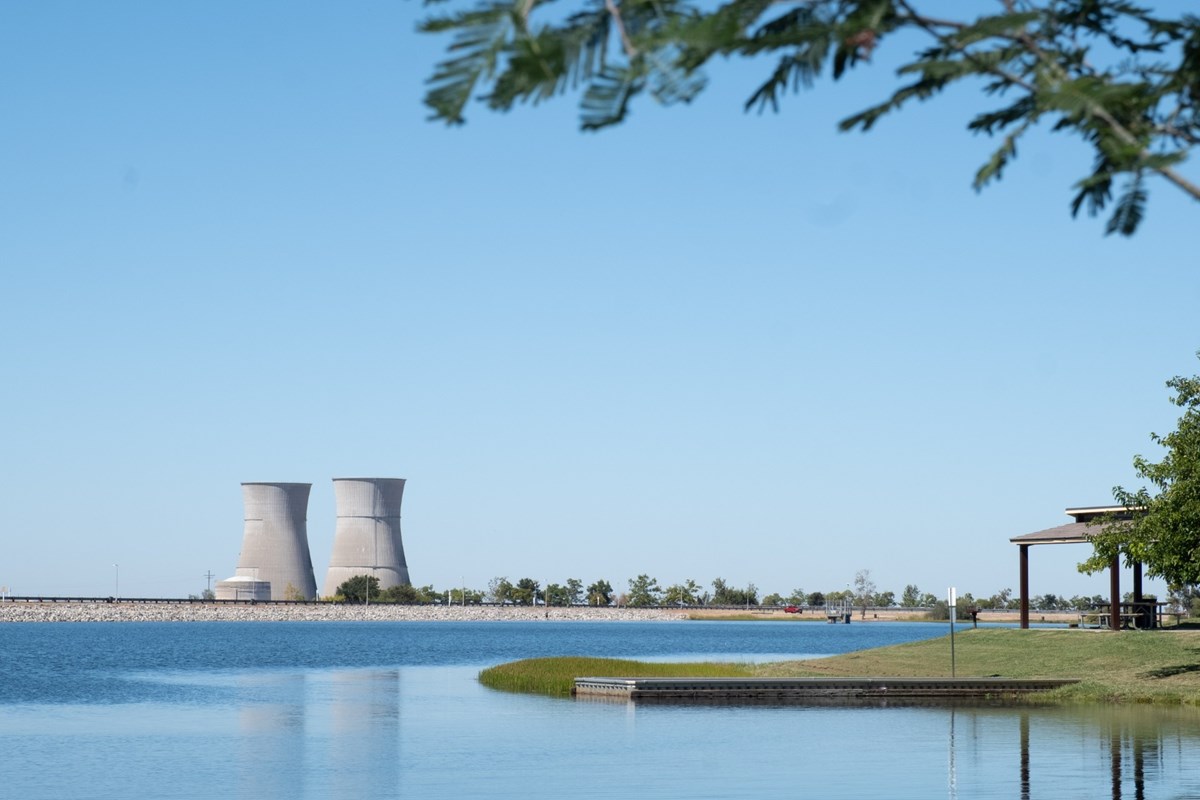 About 20 percent of the land at Rancho Seco is set aside as a landscaped park and campground. It surrounds a lake stocked with fish that used to serve as a water source for the power plant.Andrew Nixon / CapRadio
Follow us for more stories like this