Stevante Clark approaches the bench in slacks and a buttoned-down shirt, plus his signature checkered headwrap. He’s been showing up here at least once a month for the past year to check-in with Judge Lawrence Brown.

Each time, he gives an update about his behavioral health treatment, employment status and other conditions of his enrollment in mental health court, a county-run program for mentally ill offenders.

Clark’s graduation on August 28 marked a milestone in a year full of changes. After Sacramento police killed his brother Stephon Clark in March 2018, he had a mental health breakdown, which included an incident involving property damage and death threats. Stevante Clark was charged with felony vandalism and assault, but his PTSD diagnosis made him eligible for Brown’s court, which he started attending last fall.

“I’m optimistic, especially now that I’m over and done with it,” Clark said at the graduation. “I know I have a lot more work to do.” 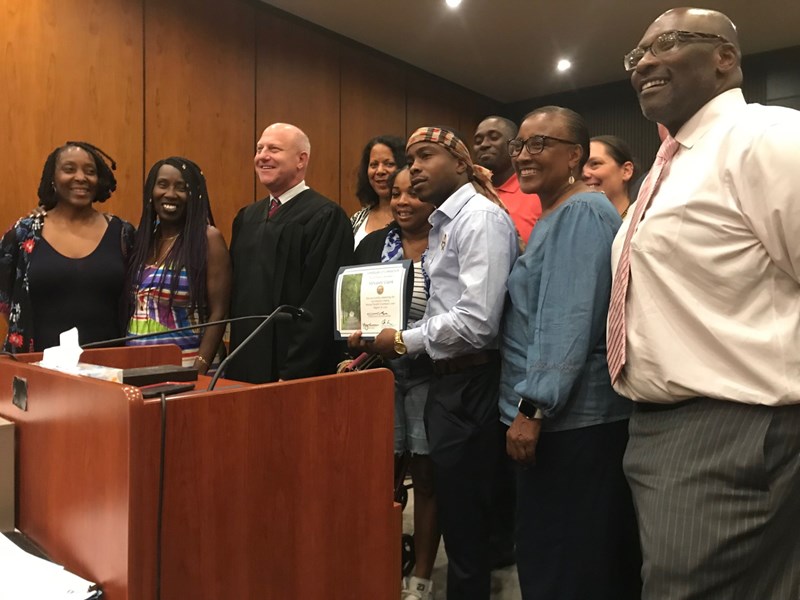 Stevante Clark, brother of Stephon Clark, celebrates his graduation from mental health court at the Sacramento Superior Court with his friends and family, his lawyer and Judge Lawrence Brown.Sammy Caiola / Capital Public Radio

The program offers an alternative to incarceration for about 160 offenders that might otherwise be behind bars — and the case load has nearly doubled in the last year. Many in the legal world consider the mental health court model a best practice, and it’s likely to expand as California works to divert people away from jails and prisons.

To be eligible, participants must have a documented mental illness and promise to remain in treatment during their 12-to-18-month probation. Defendants who commit sex crimes or serious violent crimes are not offered this option.

A California law that took effect in 2019 will allow defendants to enter mental health court and other alternative programs before any charges are filed. As it stands, mental health court participants must enter a plea for a crime, with the understanding the judge will drop the charges after graduation.

“Part of our mission has always been to choose community alternatives over incarceration,” said Stephanie Welch with the Council on Criminal Justice and Behavioral Health in the California Department of Corrections and Rehabilitation. “The real challenge now will be to make sure those alternatives in the community are built and exist.”

Welch says some counties struggle to find steady funding for the model. It can be an expensive undertaking; each mental health court participant gets a team of caseworkers to help them stay on track, not to mention all the court costs and medical bills.

But Judge Brown with Sacramento’s program, now in its 12th year, says it’s more cost effective, and more humane, than locking people up. The Sacramento County District Attorney’s office found the program saved about $6,000 per client in its first year. A San Jose State University study of Sacramento’s mental health court found that participants had a lower re-arrest rate after enrollment.

"Being in jail is not the right place for a person with serious mental illness,” Brown said. “Sometimes it’s a necessary evil, but it’s a very scary environment.”

Data from the Bureau of Justice Statistics shows 37 percent of prisoners and 44 percent of jail inmates have a diagnosed mental illness. Supporters of the state’s new law growing the courts say a successful roll-out could better rehabilitate this population, but opponents say it is too lenient and could let dangerous people roam free.

Brown believes most mentally ill people won’t re-offend if they’re given the tools they need to succeed.

Participants in mental health court are supposed to stay in treatment and adhere to prescribed medications. But some offenders said it can be tough to get appointments at the county behavioral health department. And other issues like family drama, substance abuse and housing challenges can get in the way.

When Stevante Clark first started the program, he said he felt like he was “under the microscope” and “trapped in the system.” 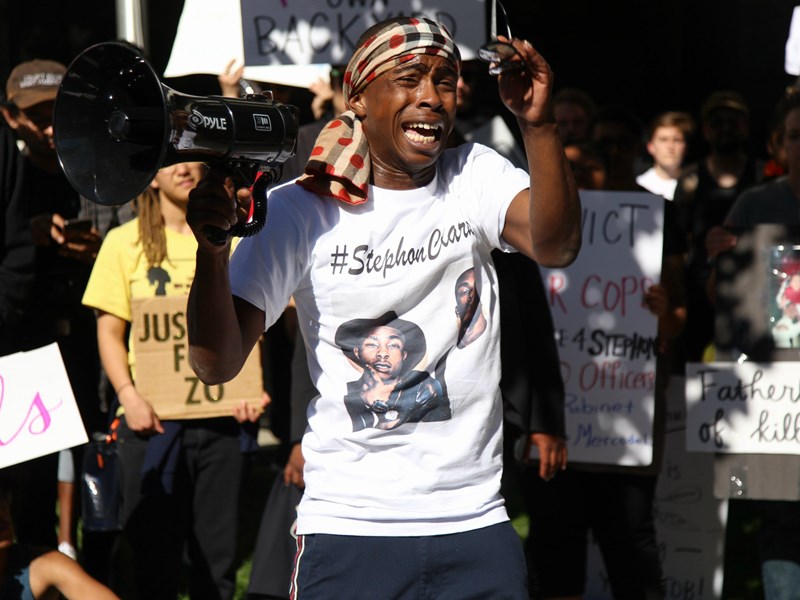 Brown says the tight leash is part of the deal: If a participant falls off the wagon, he can dole out punishments, including sending them to jail. He also rewards good behavior with looser requirements for appearing in court.

Most of the time, he seems to be rooting for the offenders. He says things like, “Take care of yourself” and “We’re gonna get this worked out, OK?”

“Certainly, you get invested in their success, and motivated to help them try to get through the program,” he said. “But at the same time not forfeiting one’s role of making certain they follow the rules.”

With mental health court behind him, Stevante Clark says he’s looking forward to moving on with a clean slate. Since his brother’s death, he’s started working at a nonprofit in his Meadowview neighborhood, joined a city advisory committee and made plans to start college.

“It’s necessary to have this graduation for somebody like me, especially for what I’ve been through,” he said. “It’s a process.”

Is it time for a reality check on rapid COVID tests?