At Midtown restaurant Hook and Ladder, executive chef Anthony Scuderi put the Impossible Burger on his menu as soon as it became available last year.

“It created a following,” he said of the vegan option. “People [sought] it out, they knew that we had it, and they came here for it."

Now, however, the Impossible Burger is becoming increasingly impossible to find: It has so many fans, restaurants in Sacramento and beyond can't get enough patties to keep it on their menus.

But part of Scuderi's frustration comes from Bay Area-based Impossible Food's announcement this year that it had teamed up with Burger King to sell the patty.

Distributors and chefs that CapRadio spoke with blame that partnership for the shortage. But a spokesperson for Impossible Foods insists that is not the case.

"There's just no way that Burger King is sucking up all of our product. The numbers just don't bear that out,” said Rachel Konrad with Impossible Foods. 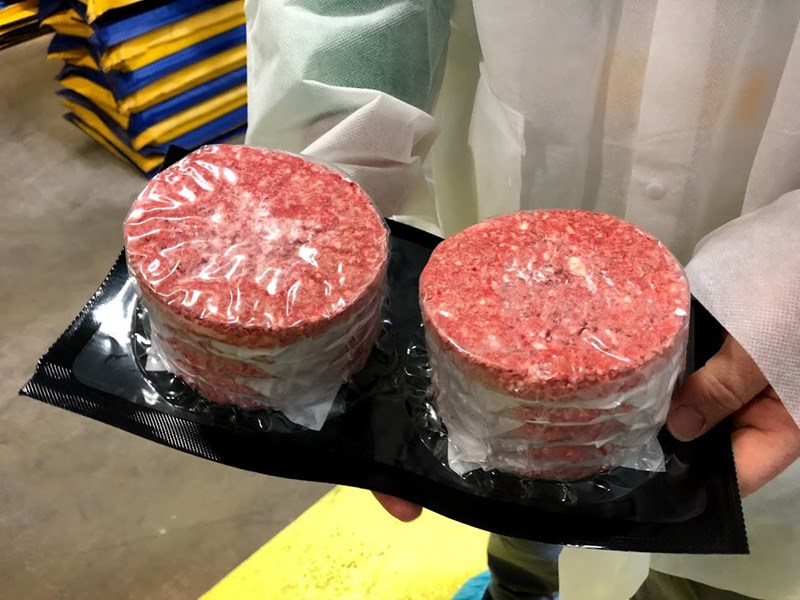 Impossible Foods is having a difficult time keeping up with demand for its wildly popular Impossible Burgers, shown recently packaged at the company's plant in Oakland.Randol White / Capital Public Radio

She added that supply problems are hitting everyone, including the limited number of Burger King locations now carrying the burger.

“There are many days when they've run out of it too,” Konrad said.

The company just raised $300 million, and is working to meet demand — something that could become more challenging when the Impossible Burger is scheduled to launch in grocery stores later this year.

Meanwhile, back at Hook & Ladder, chef Scuderi has cooked up a housemade vegan alternative. And it seems like he’s accepted the fact that it will be difficult to order the burger in the future.