Former Texas Congressman Beto O’Rourke is hoping the Golden State will bring a fresh spark to his campaign for the Democratic presidential nomination.

He chose to focus on climate change as he swung swing through California’s Central Valley on Monday, after starting his day with a walking tour through legendary Yosemite National Park.

O’Rourke later toured irrigation facilities with students at a community college in Modesto and held a roundtable with farmers, business people and researchers, among others.

He also unveiled a $5 trillion proposal to fight climate change in a state that has sought to reduce its own greenhouse gas emissions while challenging the Trump administration at every turn.

O’Rourke jotted some notes on a pad at both events, outside in the Central Valley heat. He said he came to learn about “the next generation” of sustainable agriculture practices.

“We’re really gonna have to change what we’re doing right now, because the lives of so many people depend on that,” he said during the tour. 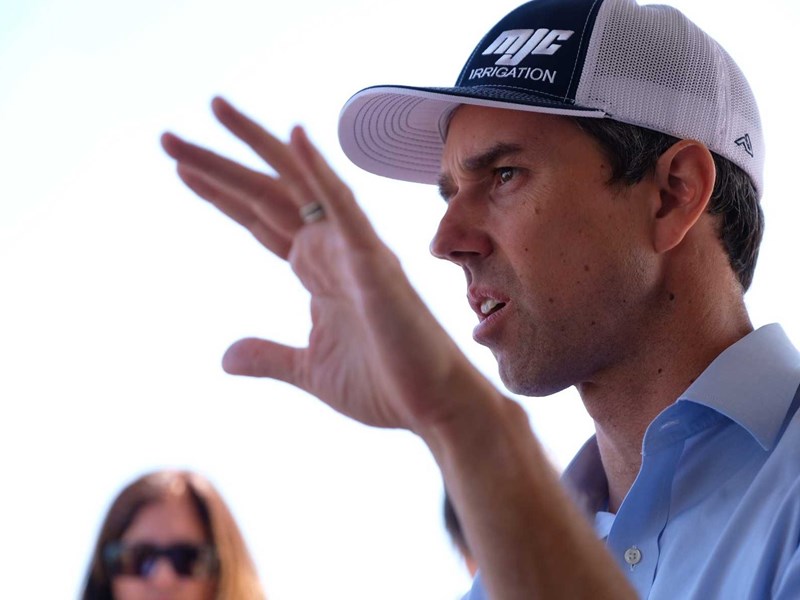 And at the roundtable, he said his climate change plan seeks to achieve “nothing short of saving this planet for human habitation.”

But he acknowledged the concerns of many in the Central Valley who worry that the burden of meeting ambitious climate goals will fall largely — and expensively — on them.

“Those who are helping to produce the food on our table are bearing the brunt of climate change — maybe disproportionate to anyone else in this country,” O’Rourke said at the roundtable.

The students who attended the tour and the community leaders who joined O’Rourke at the roundtable were there at the campaign’s invitation; the events were not open to the public.

But the campaign appeared to have brought people to the roundtable with a variety of political views.

Farmer Cannon Michael pointed out that especially in California, there are a lot of regulations.

“Air quality, water quality, environmental, human protections,” Michael said. “A lot of different things that are all wonderful things. But we have to make sure that there’s a balance.”

To which O’Rourke replied: “That really makes a ton of sense to me.”

“It’s not that the sky is falling,” he said. “Not that the end is near. It’s that we have this extraordinary chance — but it’s only about 10 years — to really get organized and do this right. And that America gets to lead in this if we want to.” 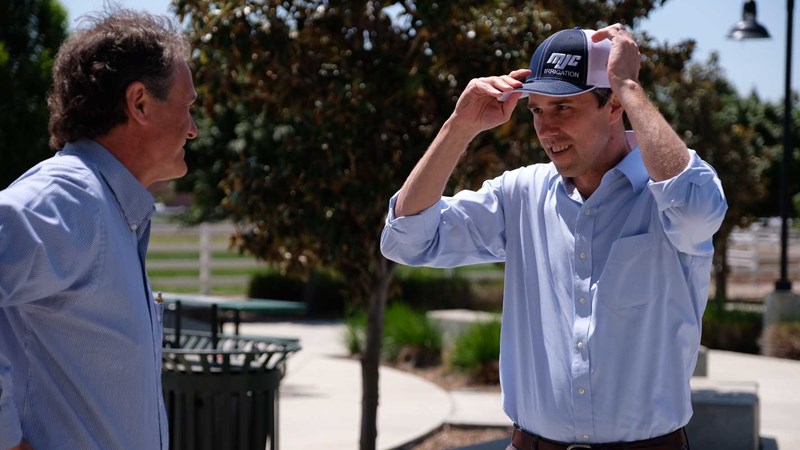 Monday marked day three of O’Rourke’s four-day swing through California. He held a rally in Los Angeles on Saturday and a town hall in San Francisco on Sunday. He’s planning another town hall on Tuesday in San Diego.

O’Rourke is looking for new momentum in a presidential primary that now includes 20 Democrats. He’s one of a few candidates seen as fighting for the same voters as former Vice President Joe Biden, who joined the race late last week.

The former congressman launched his campaign last month with great fanfare and strong fundraising totals, but polls nationally and in key primary states show him in mid-single digits, mired in the middle of the pack. His strongest showing so far is in Texas, where he’s neck and neck with Biden in a state he represented in Congress for three terms and narrowly lost a U.S. Senate race to Republican Ted Cruz last year.

In California, where voting by mail in the state’s new March primary will begin the day of the Iowa caucuses, the strongest candidates so far appear to be Biden and Vermont Sen. Bernie Sanders, who still holds a strong base of support from his 2016 presidential campaign. California Democratic Sen. Kamala Harris has earned the majority of the state’s endorsements and is also expected to be a major contender.

California will award its valuable — and plentiful — Democratic primary delegates by congressional district, which likely explains O’Rourke’s swing through the Central Valley and his visit to the Yosemite area. He also met Sunday night in Mariposa with firefighters who battled one of the many wildfires last summer that have devastated the state in recent years.