Since taking office in January, Gov. Gavin Newsom has put forth sweeping proposals on issues like health care, housing and wildfire prevention, in hopes of legislative action later this year.

He’s also made lots of splashy announcements — not all of which are as bold as they appeared.

Here’s a look back at some of the key moments in his first 100 days as governor of California. You can also listen back to CapRadio’s interview with Newsom on Monday here.

Gavin Newsom is sworn in as the 40th governor of California. In his inauguration speech, Newsom painted a vibrant picture of a “California for all” in which residents can succeed regardless of income level or immigration status.

On that first day in office, Newsom immediately announces a number of health care proposals, including plans to improve premium subsidies in Covered California, expand health coverage for some undocumented adults and begin preparing for a possible shift to a single-payer system.

His budget proposals also include a major infusion of more than $2 billion in one-time and ongoing affordable housing cash to combat the state’s housing and homelessness challenges. 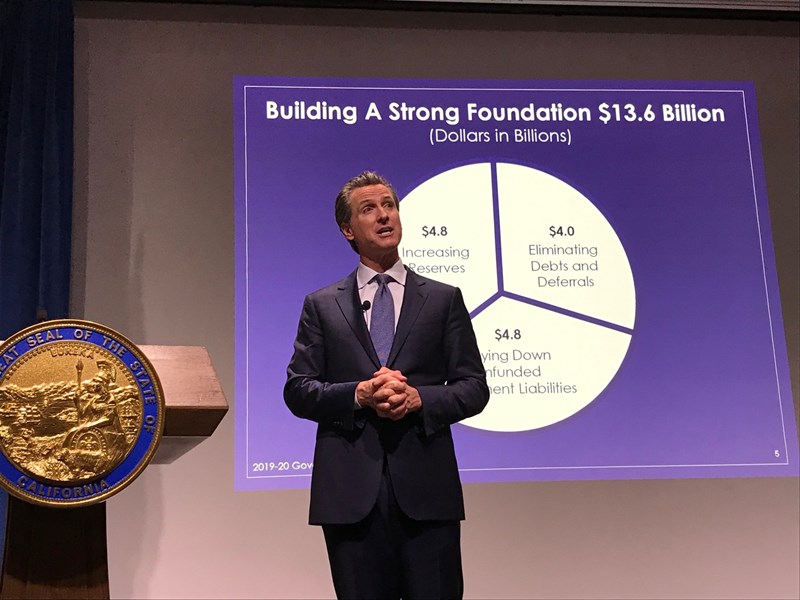 Newsom announces he wants to “end juvenile imprisonment in California as we know it” by moving the Division of Juvenile Justice out of the Department of Corrections and Rehabilitation and into the California Health and Human Services Agency.

The Pacific Gas & Electric Company files for Chapter 11 bankruptcy protection. “That was PG&E’s choice,” Newsom said in a public statement, “but it does not change my focus, which remains protecting the best interests of the people of California.”

Newsom announces he’s pulling most of the 360 California National Guard troops off the Mexican border to avoid what he calls a “gray area” on whether they’re actually participating in immigration enforcement. He left about 100 troops in place to fight drug smuggling.

Newsom delivers his first State of the State address from the Assembly chambers. In his speech, he announces a new focus for California’s high-speed rail and Delta tunnels projects.

Newsom meets with the mayors of several cities facing possible lawsuits from the state over their lack of affordable housing. He acknowledges that suing the city of Huntington Beach was an aggressive start to getting California cities and counties to comply with state housing goals.

Newsom signs an executive order that places a moratorium on executions in California, although the state has not executed a death row inmate since 2006. “I cannot sign off on executing hundreds and hundreds of human beings, knowing — knowing — that among them will be innocent human beings,” the governor says. 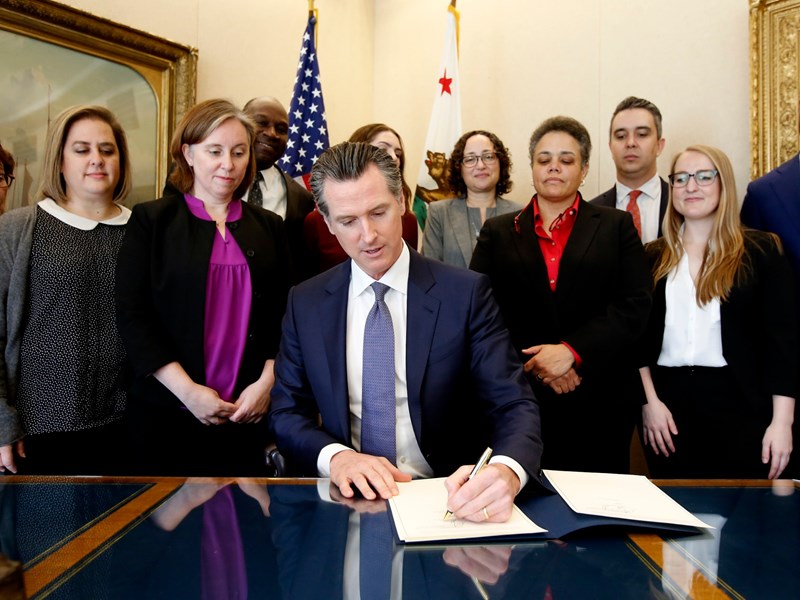 Newsom says the mayors of California’s 13 largest cities have persuaded him to rework his budget proposal for emergency homelessness aid. “We need to step up our game,” the governor says after the meeting.

Newsom declares a “statewide emergency on wildfires” in a move to speed up prevention projects before the next fire season, drawing criticism from some environmental groups for fast-tracking plans for tree removal in high-risk areas.

Newsom criticizes PG&E’s plans to remake its board of directors with hedge fund financiers and people who he says have little experience in utility operations and safety.

Newsom begins a three-day trip to El Salvador to explore the roots of migration that are driving thousands of people to the U.S.-Mexico border from Central America.

Newsom releases a “strike team report” with his administration’s recommendations on wildfire prevention and liability.