It took Cari Phipps about four days after losing her home in the Camp Fire to realize her cancer care was falling by the wayside.

The 38-year-old was in downtown Chico with her husband and daughter last November when they heard their property in Butte Creek Canyon was burning. They didn’t go back until after the blaze, only to find that their house was destroyed and their dogs and goats had perished.

In the chaos of securing a new place to live, Phipps didn’t immediately think about her breast cancer treatment. She had been a patient at the Adventist Health Feather River Hospital in Paradise before it sustained serious damage in the fire. Adventist is still grappling with whether or not to reopen the facility.

Phipps said she had no idea where to go for chemotherapy.

“I was in such shock from everything else,that I didn’t even think about it. And then all of a sudden it was ‘oh my gosh, I’m worried’,” she said. “It was very scary.”

To her relief, Adventist staff called shortly after the fire. They told her she could get regular office visits in Chico, but she’d have to drive the two hours roundtrip for infusion care in Marysville. It was a pain, she says, but it was her only option.

Then this month, Adventist opened a new cancer center in Chico in partnership with the UC Davis health system. The new location is just a block or two from the mobile home where Phipps and her family are living now.

“I went from driving for an hour to walking for five minutes,” she said. 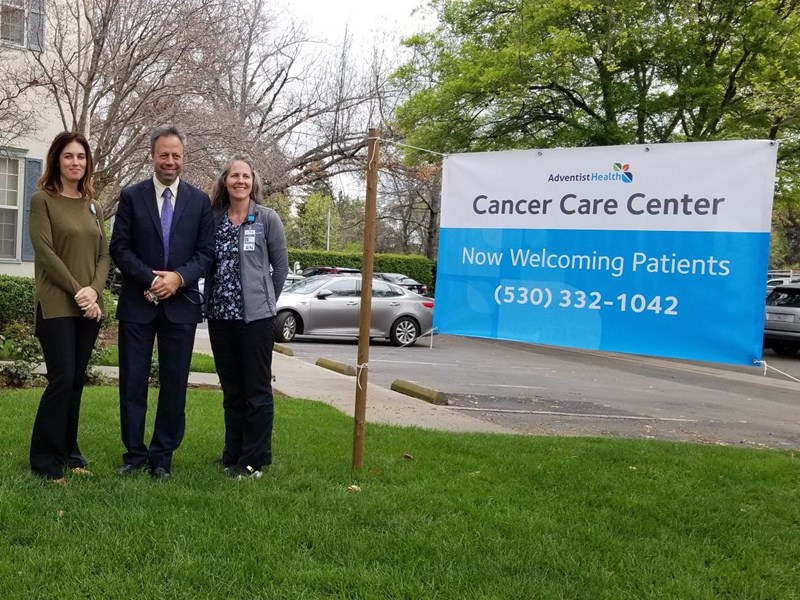 After the Camp Fire damaged the Adventist Health Feather River Hospital in Paradise, Adventist opened a new cancer center in Chico in partnership with the UC Davis health system.Courtesy of Adventist Health

About 120 cancer patients were making the long drive, according to UC Davis. The new center has just a few beds, but it’s an important addition to the patchwork of scattered clinics and medical offices that have been serving displaced Feather River patients for the past few months. Adventist Health and UC Davis are splitting financial responsibility for the facility.

The hospital’s closure caused problems that go beyond cancer care. The Camp Fire sent a flood of patients to nearby hospitals, which have reported spikes in emergency room visits in the months since the fire.

Some Adventist clinics in the Paradise area reopened after the fire to offer family medicine, behavioral health, general surgery and other services to residents who stayed. The health system has posted a list of where to find treatment.

Many of the medical professionals who worked in the hospital have been displaced. Adventist said in a statement they’ve been able to move about a third of the hospital workers into new jobs in Paradise, Chico, Corning or elsewhere, providing relocation stipends as needed.

“It’s very, very important,” she told Insight's Beth Ruyak. “The hospital’s not open up there, there aren’t that many doctors on the hill.”

She says plans to build a standalone emergency department are in the works.

“A lot of people are displaced, they don’t have good support around them to get to the facility where they can get the treatment,” he said. “And on top of it they didn’t know where these services were given. We tried right after the fire to call each patient and let them know this is the plan, but still it’s a big hardship.” 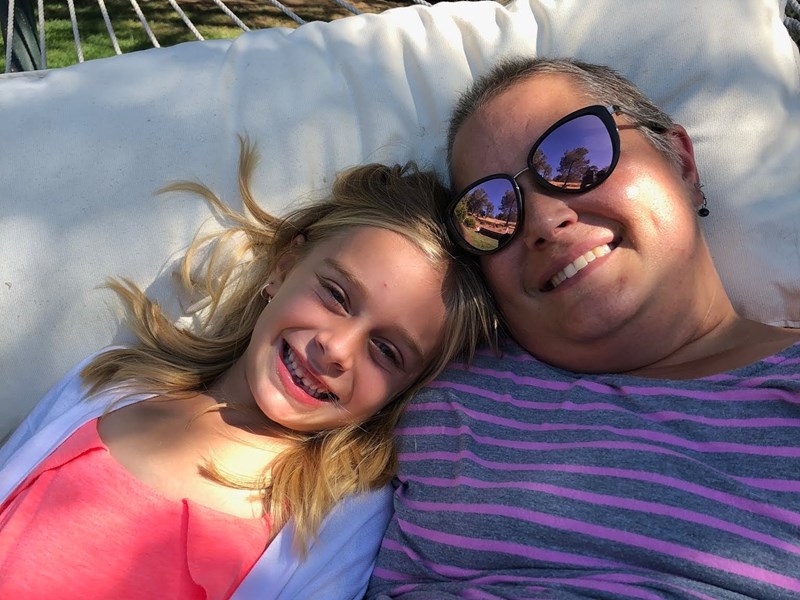 Cari Phipps, right, had been a patient at the Adventist Health Feather River Hospital in Paradise before it sustained serious damage in the fire.Cari Phipps / Courtesy

For Phipps, the new cancer center is an adjustment from the old hospital. She started as a patient at Adventist Feather River Hospital in 2014.

She says it’s sort of an institution, a place that’s been serving the same families for decades. So she was happy to see friendly faces at her most recent infusion visit.

“It seems like it’s Feather River,” she said. “It’s my nurses, it’s my doctor, it’s the office staff I know. I walk in and I feel like I’m home.”

She says the change in her medical care is just a speed bump. Right now she’s focused on rebuilding a home back in Butte Canyon — she calls it her “dream location”— and keeping her 7-year-old’s spirits up while the family pushes on.