Parents and educators converged on California’s Capitol on Wednesday to debate a legislative package that would impose a statewide cap on the number of charter schools, and new oversight rules.

Supporters say charter-school laws have not been revised since they were first introduced more than 25 years ago. The legislation would establish a limit on charter schools in California, based on how many the state has by 2020. It would also grant local school districts sole authority to approve new charter schools and block them from operating outside of said district.

Opponents argue the legislation would limit school choice, especially for parents of minority students in struggling school districts. California has roughly 1,300 charter schools, and more than half of the students enrolled are black and Latino.

“We deserve the right to have high quality education options in our community without allowing our ZIP codes to define our child’s outcome,” Gomez testified before the Assembly Education Committee. 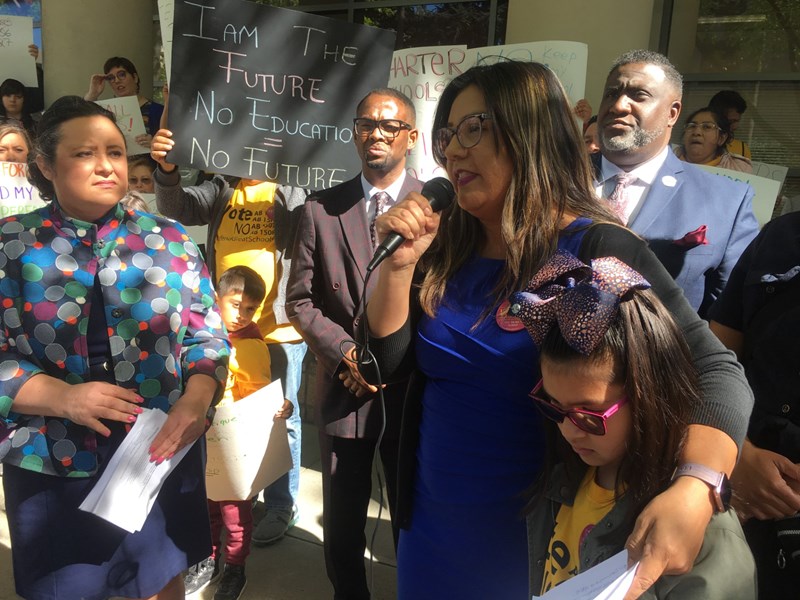 The committee approved the bill package on Wednesday.

Long Beach Democratic Assemblyman Patrick O’Donnell, who authored one of the bills and chairs the committee, argues oversight of charter schools has been too lax in recent years.

“Some charter schools have exploited every loophole in the law,” O’Donnell said. The proposed legislation “begins to close those loopholes.”

Gov. Gavin Newsom Urging All Californians To Wear A Mask