The annual March for the Dream, organized by the community organization MLK365, began at Sacramento City College and traveled for more than four miles through the city.

Reclaim MLK, a march put on by Black Lives Matter Sacramento, started at Alhambra Boulevard and J street, proceeding down J toward downtown.

The Reclaim MLK march then continued to the Capitol. 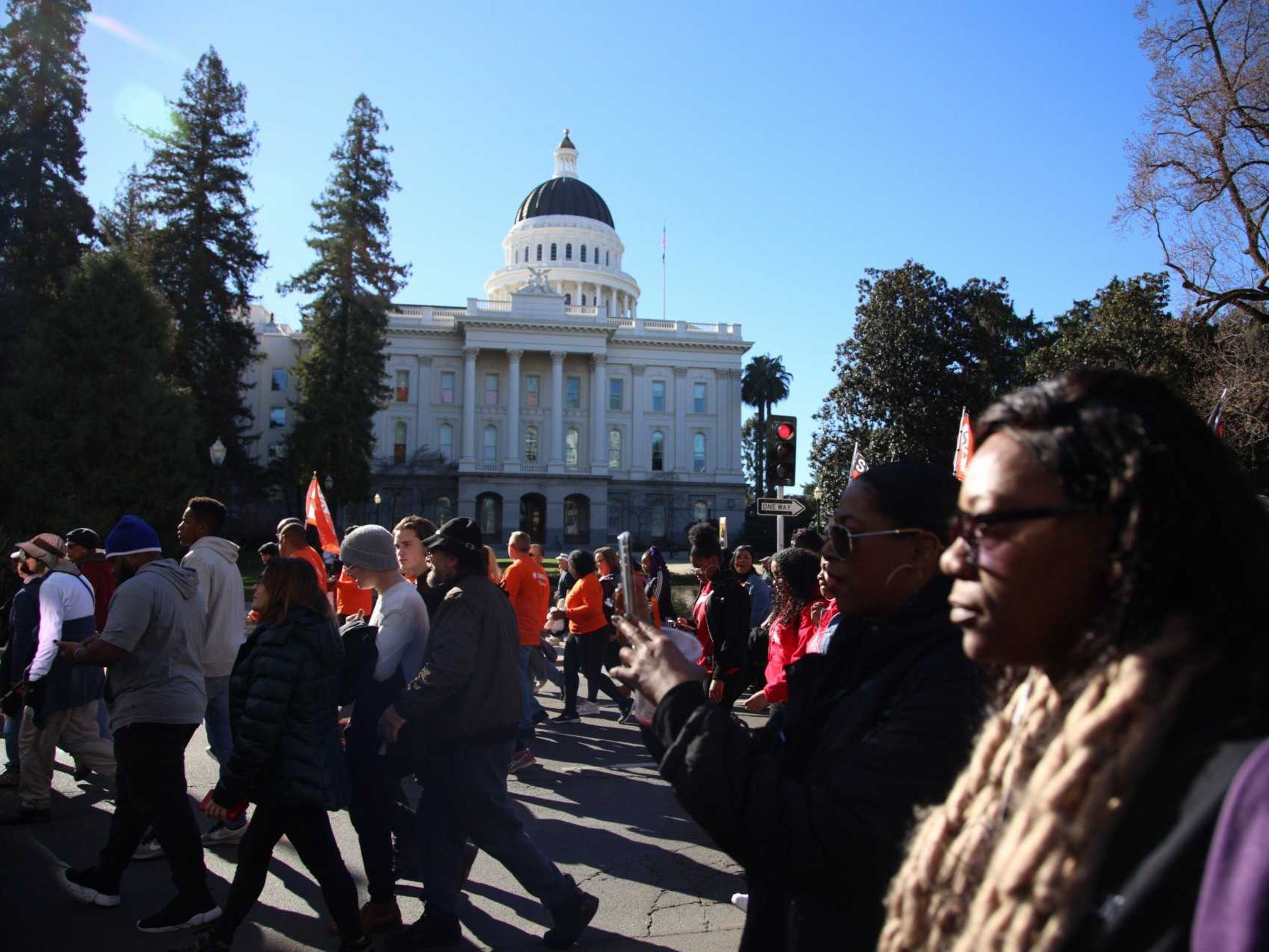 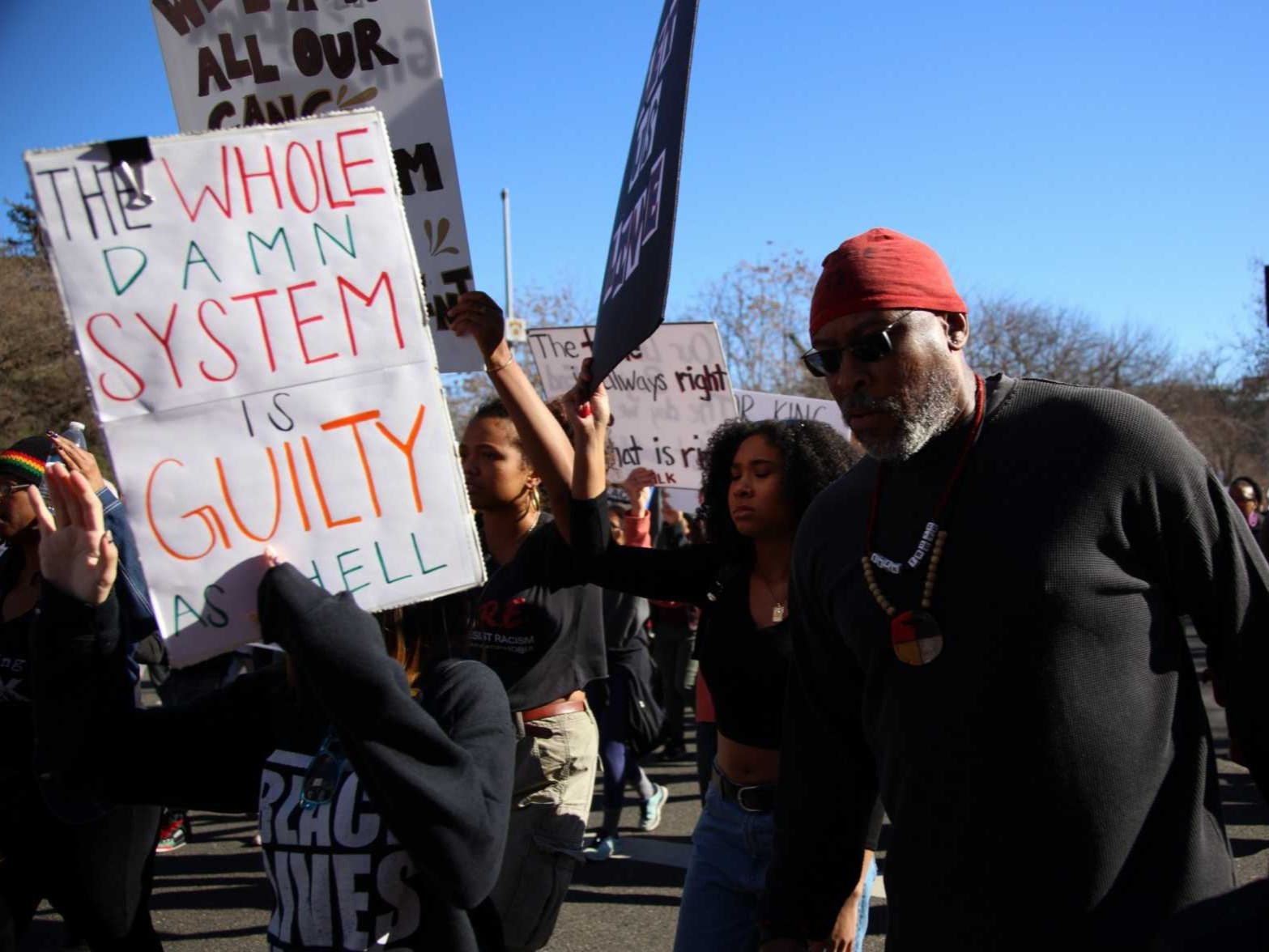 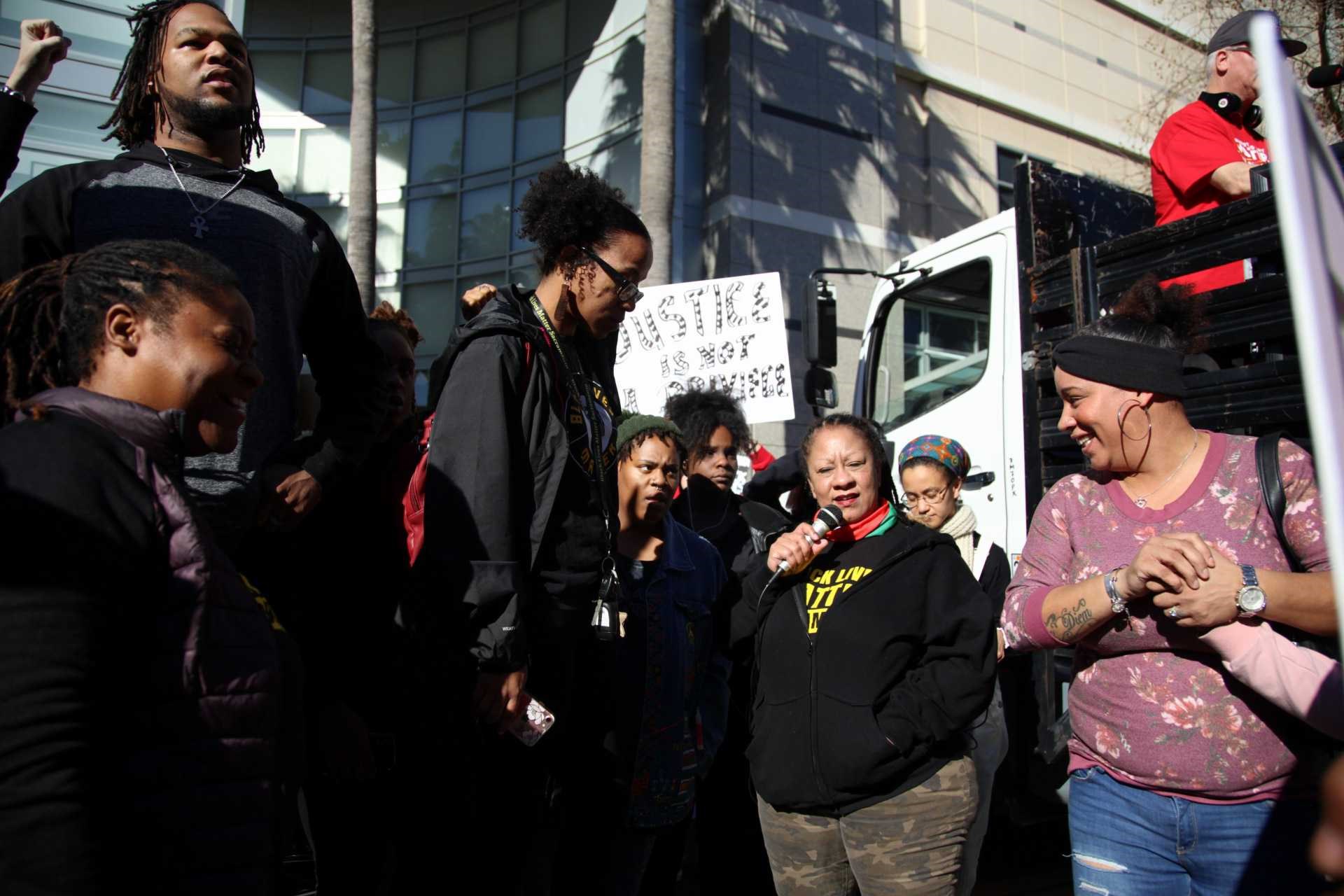 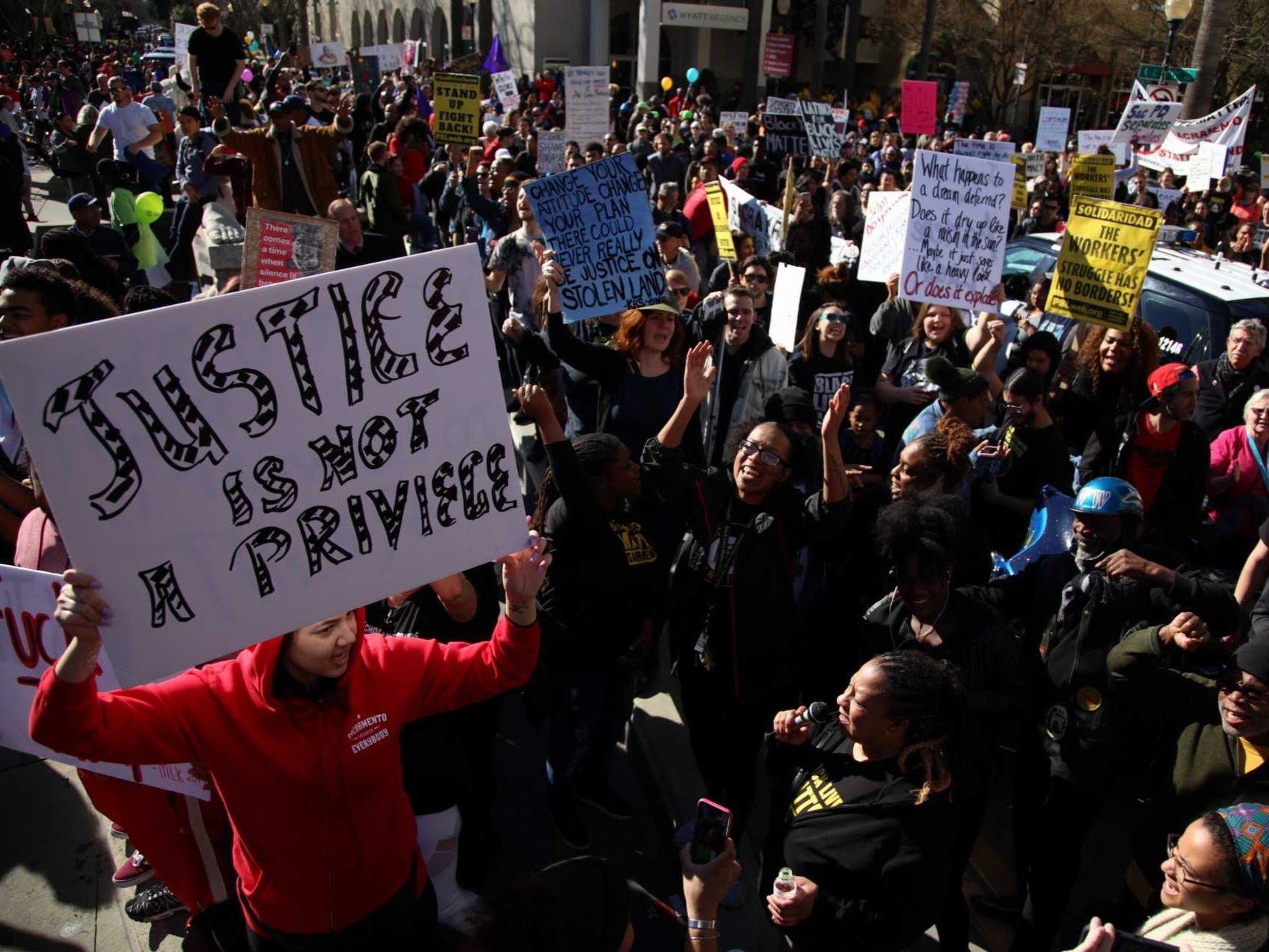 The March for the Dream and Reclaim MLK marches converged at the downtown Sacramento Convention Center.Andrew Nixon / Capital Public Radio 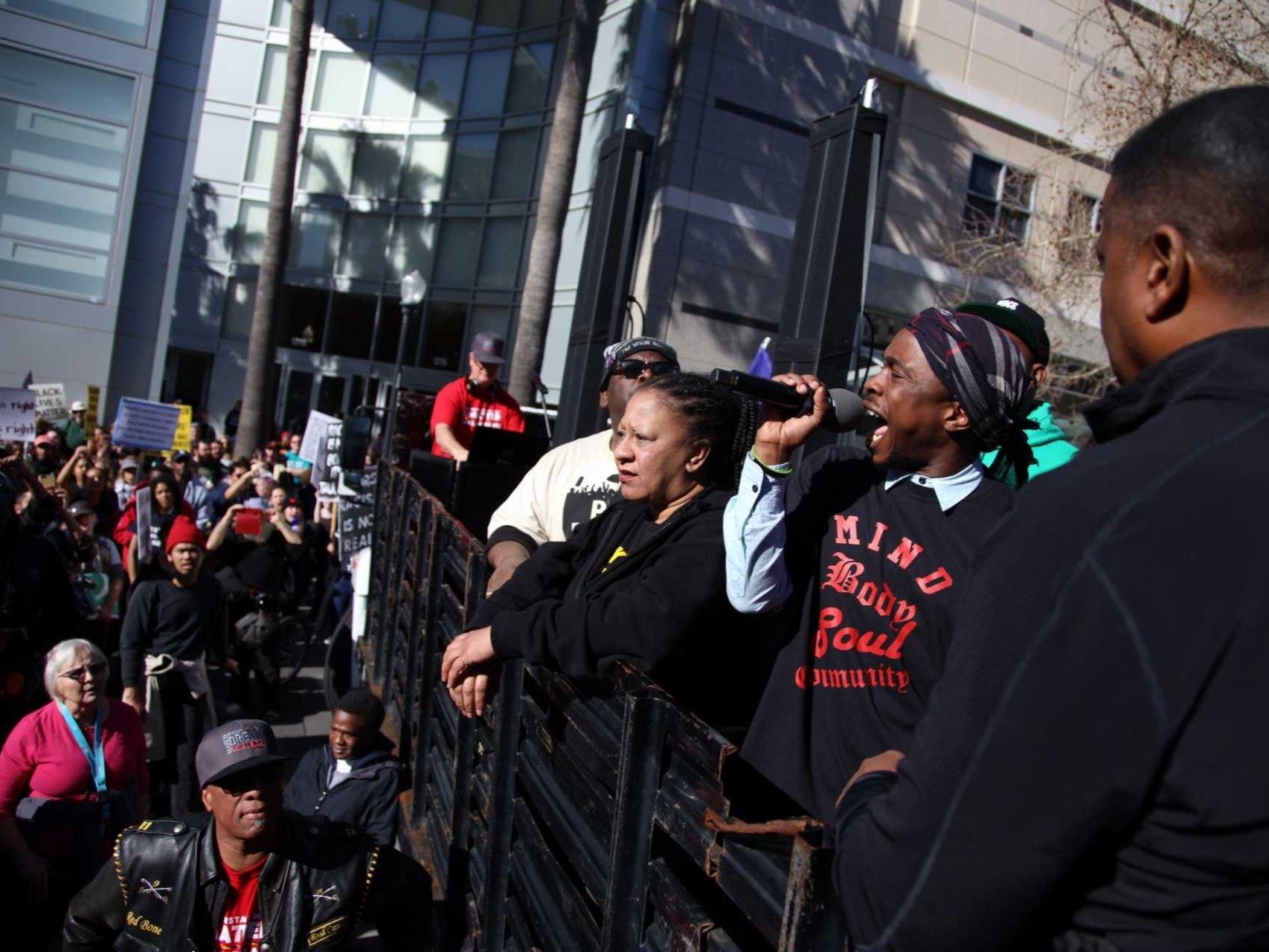 Ste'Vante Clark, brother of Stephon Clark, who was shot and killed by Sacramento police in March, addresses the crowd at the convergence of the March for the Dream and Reclaim MLK marches outside the Convention Center.Andrew Nixon / Capital Public Radio
Follow us for more stories like this