If Counties Get On Board, Selling Food From Your Own Kitchen Could Become Legal In California

In March Akshay Prabhu got some bad news. Officials with Yolo County told him he was no longer allowed to sell meals out of his home to supplement his day job.

“I used to do a taco Tuesday and make the tortillas and meat from scratch,” Prabhu said. “They were great events with people from all walks of life. It seems like an old-school way of thinking . . . but the county is worried about mitigating risk.”

Nearly six months later he’s still cooking, but without pay. His go-to is a Moroccan Chicken Tagine. He adds ginger, garlic a buddy grew, olives, onion, spices and pickled lemons. It’s a meal served with apricot couscous and salad that he’d sell for $12 a plate for a seating of 10.

“It was enough to figure out if you want to start a restaurant, if you like serving people, if your culinary ideas are exciting enough to rent a commercial kitchen or to take out a loan,” said Prabhu.

He could be able to ramp up again in the new year. Starting in January home cooks will be able to make up to $50,000 annually – that’s about 60 meals per week – when the Homemade Food Operations Act goes into effect. Gov. Jerry Brown signed it into law in September.

“A lot of home cooks have really unique food ideas that aren’t represented in normal restaurants,” Prabhu said of his friends who prepared meals from places like Zimbabwe and Northern China. “There’s a lot of food tradition and cultures that are dying out and it's because of lack of opportunity, not lack of ideas.” 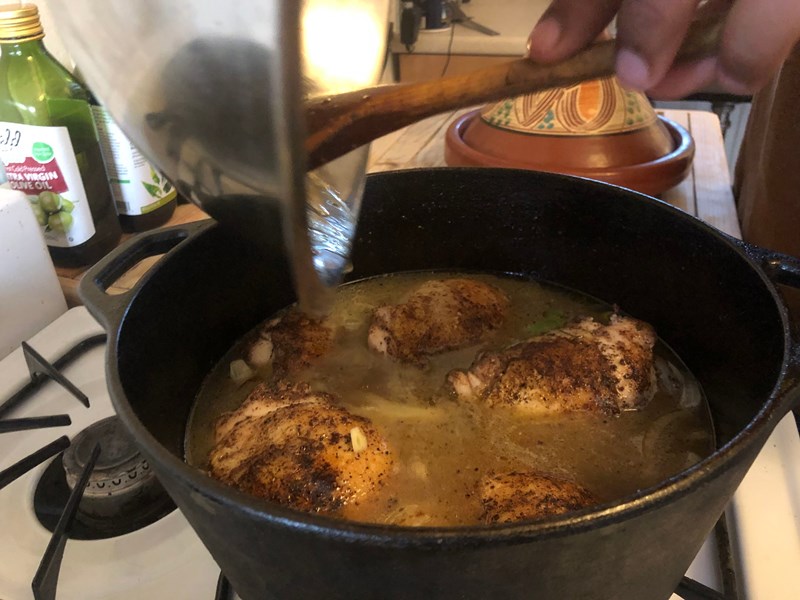 But Prabhu – who lobbied for the bill on behalf of his organization Foodnome, which brings customers and cooks together – said there's a caveat. Counties have to opt in, and so far none have.

Prabhu said he's in the process of asking Yolo County to take part.

"They're not opposed, but they need to see how much of the community really wants this,” said Prabhu.

Ultimately, he says if home cooks want to speed up the process they are going to have to ask county officials across the state to adopt and enforce the law. He’s held one meeting for area cooks to come together and expects to hold more in the new year.

Yolo County is currently grappling with how to implement the law, says Lewis Kimble with the county’s Environmental Health Division. Kimble says a spot bill may be needed early next year to answer the question of which department is supposed to enforce the law.

“What if a county doesn’t want to opt in, but cities do?” Kimble questioned. “There might be a way to write the law that will give a city discretion to authorize a program like this.”

At this point county officials in places like Yolo, where interest is high, are trying to get the law so it's enforceable. Kimble says this may take a long time because as “a fee based agency time is money.” He says permits would pay for the program since no general funds have been allotted.

The county is also concerned over food safety, permitting and water use. Still Kimble says he has a list of home cooks who want the county to opt in.

“One works on a lavender farm and is interested in new products to offer the community,” Kimble said.

California Assemblymember Eduardo Garcia, who authored the bill, says that homemade food sales are a vital part of self-reliant communities. “Legitimizing these home businesses will offer a means of economic empowerment and pathways for many to achieve the ‘American dream,’” Garcia said when the bill was signed. 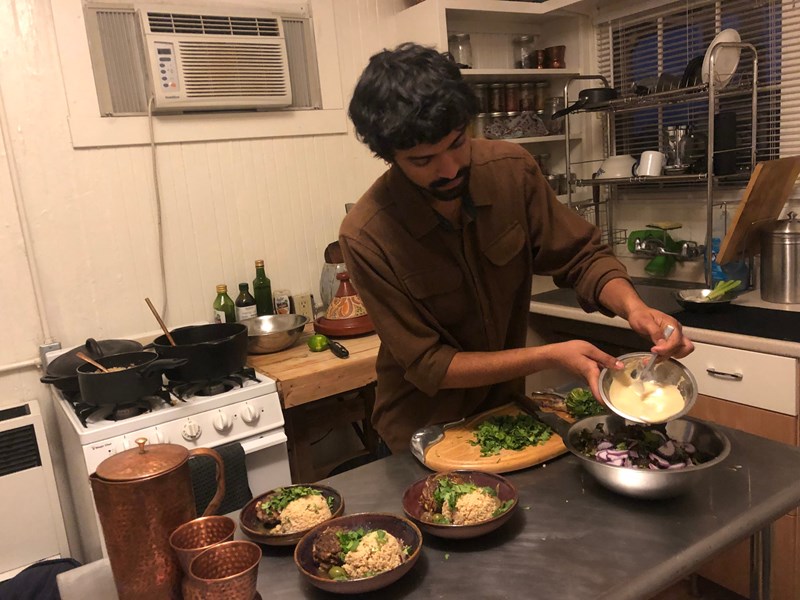 The law was designed with limits, he says, to give cooks a chance to see if it’s worth opening a restaurant. The home food operation must be inspected and registered with the county it’s in, and like other food facilities must follow health, training, and sanitation standards.

Also, the cook or a family member must deliver meals directly to the end customer and not through an app or retailer, said Peter Ruddock, an advisor for the advocacy group C.O.O.K. Alliance.

Ruddock says the law is the first of its kind in the United States. Even though no counties are fully onboard yet, he  says early adopters are “going to show the way and then there'll be the ones who drag their feet."

Back in Prabhu's kitchen, he's sharing the meal with his friend Isaac O’Leary who was hanging fliers around Davis to gather home cooks for future meetings.

O’Leary liked the meal so much that he smiled and said to Prabhu, “you should start a restaurant, dude."

That’s Prabhu’s long-term goal. He wants to open a brick-and-mortar spot showcasing endangered food from around the world. But first he needs to experiment before he spends a ton opening a restaurant.