Should California Deliberately Set Its Forests On Fire? Some Experts Say Prescribed Burns Could Prevent Disaster.

David Murray is a burn boss — at least that’s what his colleagues call him.

He leads a crew of firefighters in the Tahoe region, and on a recent October afternoon he was concerned, because the winds were set to kick up overnight.

“We were hoping that the wind event wouldn’t happen,” Murray said while working a fire at Sugar Pine Point State Park on Lake Tahoe’s northwest side. To prepare, his crews used hoses to put out the fire perimeter.

“You can see that smoke up there,” Murray said while pointing toward his crews working to put out a fire burning about 70 feet up a cedar tree.

But unlike the wildfires that have ravaged California in recent weeks, Murray's team ignited this fire on purpose. But he doesn’t want it to get out of control. This is a prescribed burn. It’s a tactic used to prevent future wildfires, to improve biodiversity and to restore the forest. 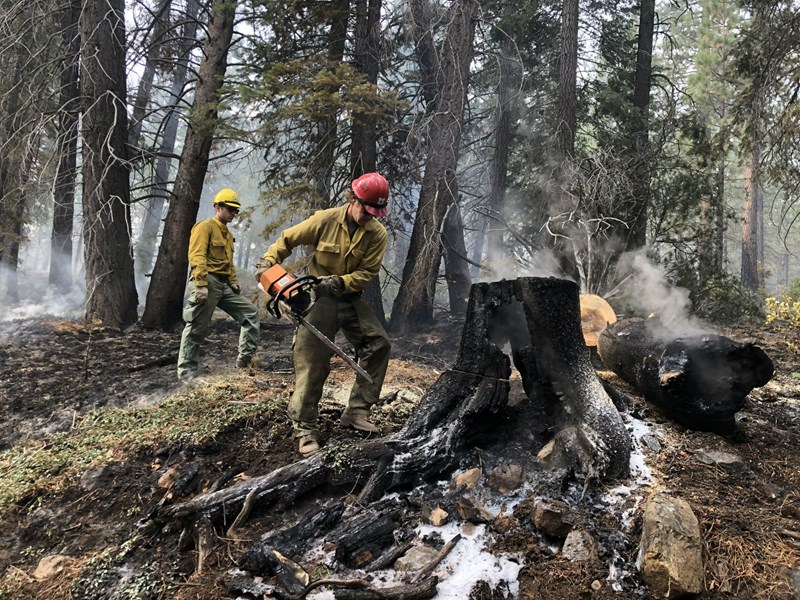 As a prescribed burn earlier this year in the Tahoe National Forest makes its way through a stand of trees crews follow it, making sure hazard trees are cut down. It’s a preventative measure taken to ensure the public’s safety.Ezra David Romero / Capital Public Radio

A lot of California’s forests are dense with young trees and thick shrubs. This is because of the state’s logging history, where whole areas of forests were clear cut on public and private land, in addition to a century of not letting fires burn when the ignite. Both made forests prone to devastating wildfires.

Murray wants to take the state’s dense forests and open them up. He thinks they should resemble a mosaic of open patches of trees. He says that if you change a forest’s “stand structure,” firefighters will be better able to change a fire’s behavior.

To get to the point where a prescribed burn is even an option, forest managers must first remove the build-up of brush and trees. That’s called forest thinning.

California State Parks environmental scientist Daniel Shaw also says that, before lighting a prescribed burn, other risks need to be considered, such as the impact on nearby communities.

“We’re producing smoke, but we’re trying to produce it at a time when it has the least potential impact and hopefully reduce the amount of smoke that might come with a wildfire,” Shaw said of considerations before deciding on a controlled burn. 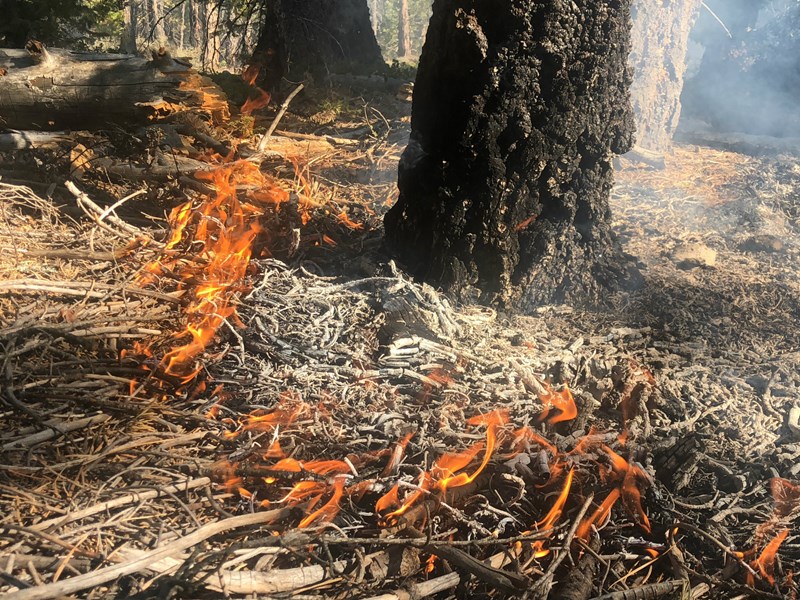 As a controlled burn meanders through a plot it burns in mosaic form. It’s shaped by fuels on the ground as well as wind and sunlight.Ezra David Romero / Capital Public Radio

Over the past 20 years, multiple controlled burns have been lit at Sugar Pine Point, and Shaw says this is protecting the area. “If a wildfire comes through this landscape will be more resilient,” he said.

But can the use of prescribed burns be expanded?

Roger Bales with the Sierra Nevada Research Institute at UC Merced says yes. “They can be scaled up as long as we can provide the financing to do them,” Bales said. “As long as we do them in a way that doesn’t degrade the air quality.”

To do this, Bales says there needs to be significant buy-in from the public and government. A challenge is that multiple agencies, and even states, may need to work together to accomplish a prescribed burn.

Stanford University ecologist Jesse Miller reminded that the cost of a these burns is significantly less than fighting a wildfire. “I think it’s really just a cultural question of ‘Will we get to the point where we want to make this a priority even if it’s expensive,’” Miller said. “The consequences of not taking these actions are just getting worse and worse.”

So far this year, the Forest Service has lit about 60,000 acres in California. It’s the most prescribed burns accomplished in a long time, according to USDA-Forest Service Pacific Southwest Regional Ecologist Hugh Safford.

But he also says prescribed fire on its own will never solve this problem. “The scale of the problem is absolutely massive,” Safford said. “Even if we were to double or triple the amount of prescribed fire we’re doing, it wouldn’t come close to solving the problem.” 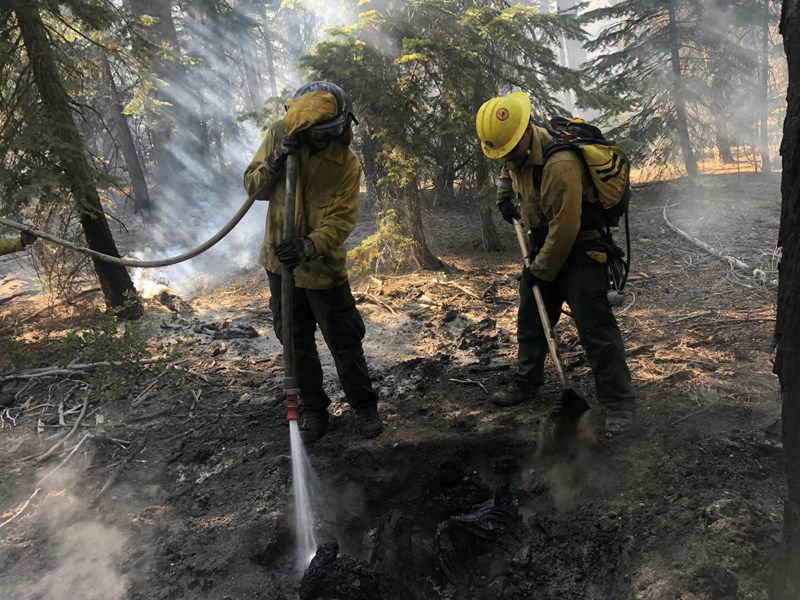 Crews are working to put out the perimeter of a prescribed burn on the northwest shore of Lake Tahoe. The work of a controlled burn is careful and ongoing as the fire slowly burns through its mapped area.Ezra David Romero / Capital Public Radio

The cost of a prescribed burn varies depending on time of year and resources. Robert York with UC Berkeley’s Blodgett Forest Research Station says the warmer and drier the climate, the more expensive a burn.

Still, York supports burning year-round. “If the conditions are good, let’s have lots of burns going on in the Sierra Nevada,” he said.

He says another obstacle is the lack of people who know how to conduct these prescribed fires.

“We’ve kind of lost that expertise that used to be handed down from generation to generation,” York said.

After the megafires in Butte County and Southern California, York says this is an issue that needs to be taken seriously.

“The emergency starts happening early on in the summer as soon as the snow melts,” York said of the threat of catastrophic wildfires. “If we kind of recognize that as a huge problem and as a huge emergency, then we can maybe put more resources toward prescribed burning.”