The California State Fair opens on Friday and promises to be cooler than last year's, in more ways than one.

Organizers pledge to decrease the heat for people who come to the fair from all over the state and the country. It's summer in California, so the chances are good it's going to be warm again for the fair, and soon. Just ask Reese Ludlow who was carrying lunch to one of the agriculture buildings for himself and his little sister Maryn.

In response to an observation from a well-meaning reporter: “You have a chicken strip sandwich stuck to your tie,” he said. "Stuck to my white shirt."

Though the deep green splotch on his tie indicated otherwise, he continued on in good spirits, buoyed by a couple of first-place finishes this year.

His mom, Shannon, says fair time is important for their family. They live in Oakdale, which is about 90 minutes southeast of Sacramento, and are showing rabbits for their 4-H club. 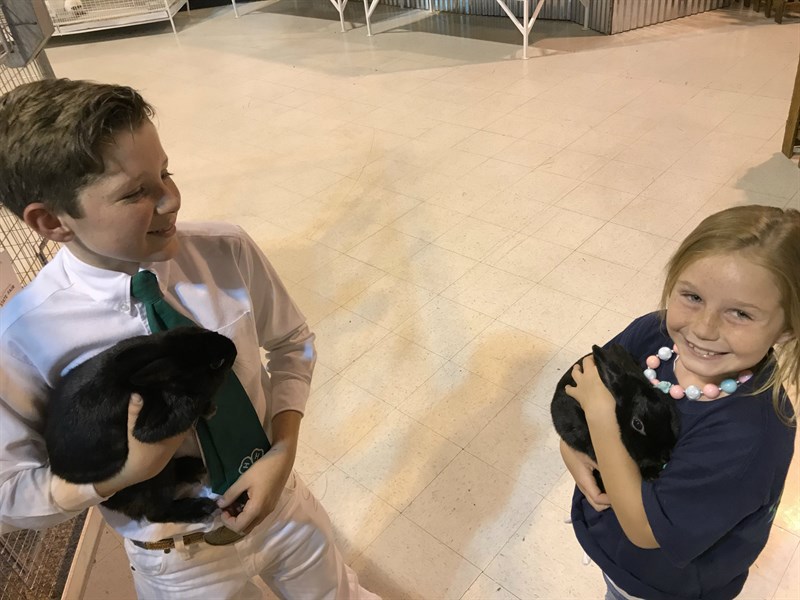 "It's important lesson for kids to know how to raise something and care for it and feed it and water it,” she said. “These animals lives depend on the kids and I think that carries over happens into what happens for the rest of your life."

They — and the rabbits no doubt — are all grateful to have an air-conditioned building to spend much of their time.

The fair's media director, Sabrina Washington, is one of several dozen people in another air-conditioned building nearby checking out the new silent disco. In case you don’t know, this is a room full of people dancing fairly silently under a rainbow of strobe lights to music pumping through their wireless headphones.

She says attendance at the fair has decreased two consecutive years in part because of the heat.

"Last year was one of the hottest Julys on record for Sacramento. We got hammered with the hot weather last year,” she said. “So, this year, we've actually designated 20 cool spots throughout the fair."

They include buildings with air-conditioning, cooling stations and full-body misters.

This is the 165th year for the state fair. More than 673,000 people attended last year, which was a decrease of 5 percent from the year before.