As Megan Hendrickson finishes her graduation remarks, her already-shaky voice gives way to a flood of tears. Before she can cross the stage and return to her chair, a classmate folds her into a warm hug. Within seconds, 12 students are huddled in a clump, arms wrapped around one another, as they say farewell to a place they’ve come to call home.

The ceremony took place at Meristem school, in the Sacramento suburb of Fair Oaks, where adults with autism and other intellectual disabilities learn to work with others, live independently, overcome social challenges and prepare to find jobs.

With thousands of autistic children reaching adulthood each year and few programs designed to prepare them for the next step, the school offers a new model for driving this historically underemployed group into the workforce.

“It’s been honestly amazing, a bit of a rollercoaster ride, but that’s life for you,” is how Hendrickson, 30, put it during her graduation speech. “I wouldn’t be where I am if not for them.”

The Meristem model started in the United Kingdom, and there’s only one campus in the United States. It welcomed its inaugural class in fall of 2015, and sent them off into the world last Friday.

On the 13-acre campus, students take courses in metal work, carpentry, culinary arts, filmmaking and textiles, to name a few. Classes are held in cozy pastel cottages or in the surrounding orchards and fields. There are few desks and blackboards; students are encouraged to work with their hands. 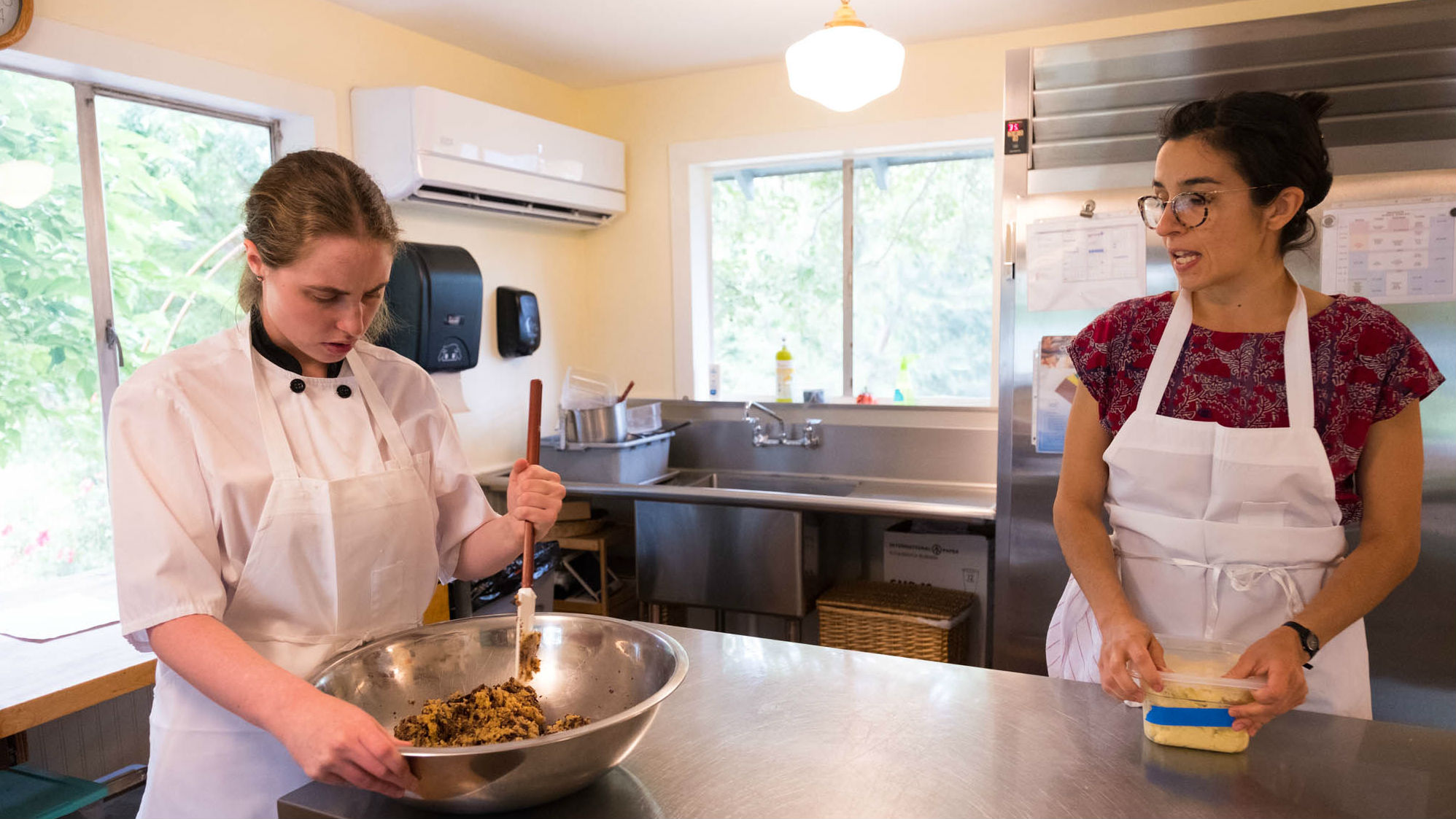 The theory is that, if people who have struggled to learn in traditional settings are given the time and attention to complete a task at their own pace, they’ll acquire confidence and problem-solving abilities that will help them in the real world. At Meristem, that might mean carving a spoon out of wood or shaping copper into a decorative flower.

The school’s president, Jonathan Firestone, says that students learn how to overcome obstacles and embrace challenges. “And it’s those transferable skills that they can take into the job market,” he said.

That sort of quick-thinking and flexibility doesn’t come easily to most adults on the autism spectrum. The disorder is marked by difficulty with conversation, hyperfocus on topics of interest, negative reactions to changes in routine and an inability to predict or understand other people’s actions.

Those traits can make it difficult for autistic adults to succeed in traditional workplaces. They might have trouble interacting with customers and co-workers, or get overwhelmed by stimuli such as crowds, noise or lights.

That may be why only 27 percent of adults on the spectrum are working full or part-time, according to a 2016 employment survey from the Autism Society of California. That’s compared to 62 percent of all U.S. adults. About 15 percent are in school,more than a quarter say they’re at home doing nothing, and the rest are in state-funded day programs.

Marjorie Solomon, a professor at the UC Davis MIND Institute who works with adults on the spectrum, said employers could do more to support this population in the workplace.

“Programs that train people to understand [adults with autism] a little bit better can really help,” she said. “They’re very honest and very straightforward. If you understand their desire to not go out and party with employees is not because they dislike those employees — it’s just the way they operate in the world — things can go better.”

An item in the state budget proposal could dedicate $1.5 million in state funds to an autism workforce pilot project in Sacramento and Los Angeles counties. The state already funds career preparation programs for community college students with intellectual disabilities.

But full-time work skills programs for autistic adults aren’t widely available, and may not be affordable for all families.Tuition at Meristem costs tens of thousands, though the state subsidizes the costs for some families. 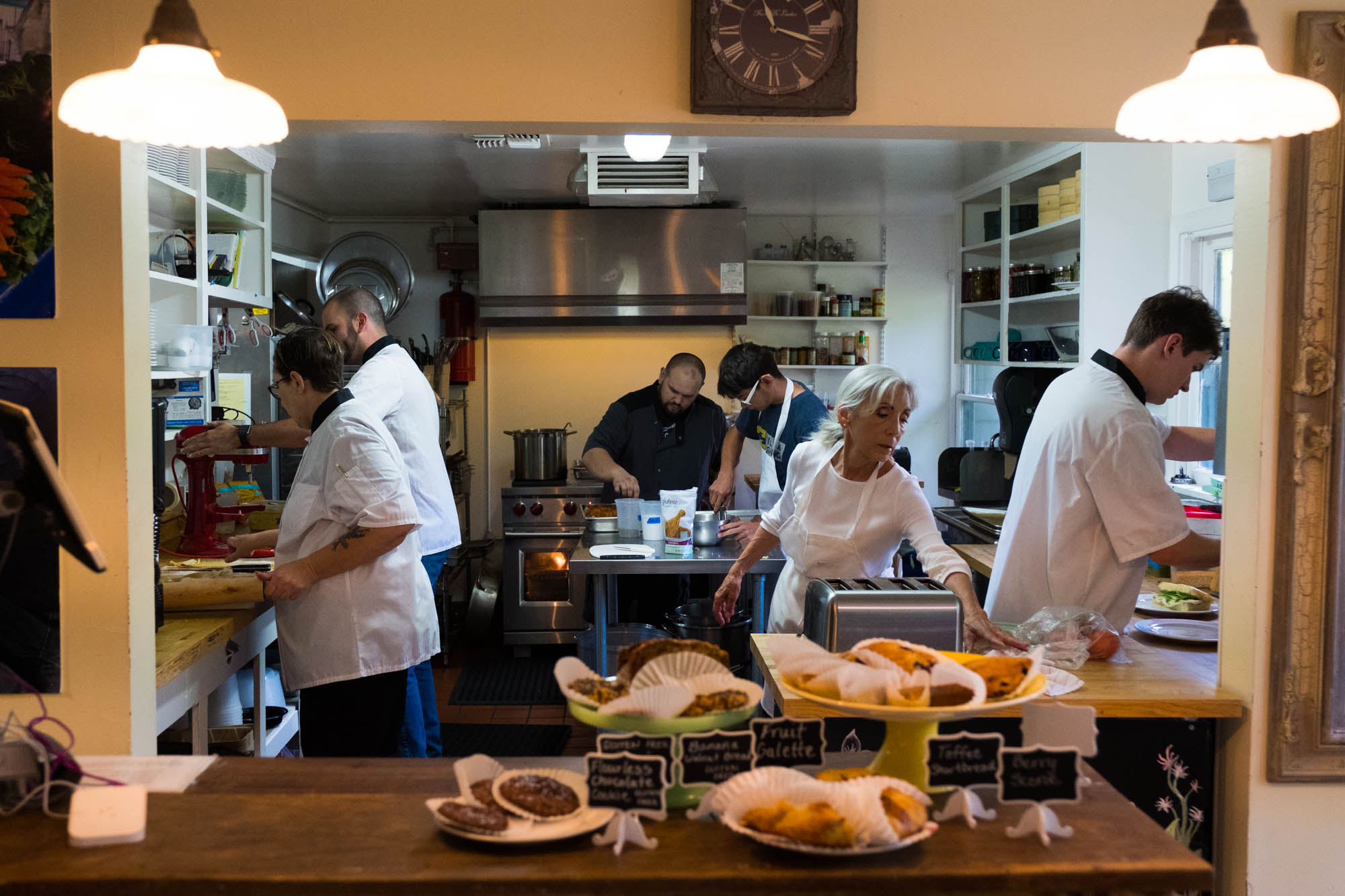 The school cafe is staffed students and under the supervision of teachers. Andrew Nixon / Capital Public Radio

Part of the Meristem curriculum includes placing students in paid jobs, internships or volunteer positions at local businesses. So far, they’ve been working at a nearby country club, a bed and breakfast, and a senior living facility.

Maddie Bond, a 29-year-old Meristem graduate who suffers from challenges related to a traumatic brain injury, said she’s learned a lot volunteering as a receptionist, and hopes to earn part-time employment there over the summer.

“I like it because I get to talk to people, and I’m a person that likes to talk,” she said. “I feel like once I got the idea down, I’m getting quicker at it.”

“Just realize that yes, we might not think and do things like you, but we’re not uneducated. We just learn things a different way.”

And Hendrickson wants to continue working at a nearby horse stable in hopes of opening her own rescue facility. She said most people on the spectrum have something they’re passionate about and capable of doing, they just need a little help.

“Give them the supports that they need to follow through,” she said. “Just realize that yes, we might not think and do things like you, but we’re not uneducated. We just learn things a different way.”

The campus is about to begin offering a one-year transitional living program for recent graduates who wish to live and work near the campus.