Do You Know How Much Your Drugs Cost? Transparency Bill Pulled From Vote, But Will Return

Listen
/
Update RequiredTo play audio, update browser or Flash plugin.
A bill aimed at regulating drug price negotiations in California is done for the year at the state Capitol.
Democratic Assemblyman Jim Wood says he will return next year with his measure to create transparency around pharmacy benefit managers, or PBMs.
PBMs are companies that negotiate prices between manufacturers and insurance plans Wood's bill would have required PBMs to make those discussions public.
“It’s a big component that nobody has really looked at. There’s a huge amount of revenue, and a huge number of people involved, and we just want to look under the hood.”
Wood says he needs more time to work with Governor Jerry Brown’s administration on exactly how that information will be collected and shared.
“What we’re trying to do is something that hasn’t been done before, and we're just trying to find the appropriate mechanism to get the information.”
Pharmacy Benefit Managers say the extra paperwork required by the bill would compromise their ability to negotiate for better drug prices on behalf of customers.
Multiple groups have accused PBMs of negotiating rebates, or discounts, on drugs and then keeping the profits instead of passing them down to health plans or consumers.
Brian Henry, spokesman for PBM Express Scripts, says that's not the case.
"One of the things people point to are rebates, and they say it's rebates that raise the cost of medicine. But in fact, rebates do not raise drug prices. Drug companies raise drug prices."
Senator Ed Hernandez's SB17 would require drug companies to make their prices public. It's still moving through the Legislature.
Follow us for more stories like this 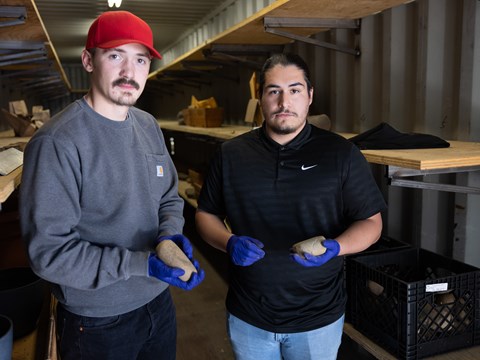 How one California tribe protects the history of its land