More than a dozen water storage projects are vying for money from the Proposition 1 water bond California voters approved in 2014.

The largest request comes from supporters of Sites Reservoir, which would be built about an hour northwest of Sacramento in Colusa County.

Mary Wells walks along a dirt road tucked into the valley there. She owns a cattle ranch here.

“I’ve been here 47 years I believe, raised my children here. Grandchildren spent a lot of time here. It’s been a wonderful home for us,” says Wells.

But the proposed Sites Reservoir would flood her ranch with 350 feet of water. It would also inundate 14,000 acres of grasslands she relies on to feed her cattle.

“It’s a very bittersweet situation for me,” says Wells. “I don’t want to see it disappear. I would just as soon spend the rest of my days here and have my grandchildren take over and carry on. But I do believe it needs to happen.” 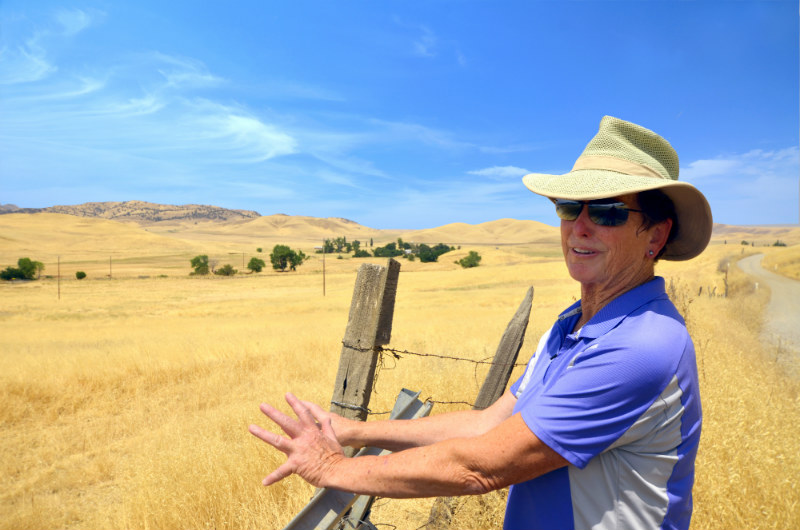 Mary Wells stands in front of her cattle ranch where the proposed Sites Reservoir will be located. It would flood her ranch under 350 feet of water.  Photo/ Curtis Jerome Haynes

She’s also been part of managing water in this valley, as founding director of the Northern California Water Association. Her family also farms on the other side of the valley, and she says building Sites would mean more water.

“If they are to continue with an assured water supply so that they can economically continue to farm and Sacramento Valley stays viable relative to the environment and its agriculture, this reservoir has to happen,” she says.

The proposed $5.1 billion reservoir would be the 7th largest in the state, almost twice the size of Folsom Lake. It would be off-stream, meaning water to fill it would move through existing canals and a new pipeline rather than damming the Sacramento River.

“In years when we have a lot of rainfall on the west side of the valley here, it can pick up those high flows in the Sacramento River and put those into the reservoir,” says Fritz Durst, vice chair of the Sites Reservoir Joint Powers Authority.

“This year if Sites would have been dedicated last fall and empty, it would be full right now, so that’s 1.8 million acre-feet.” 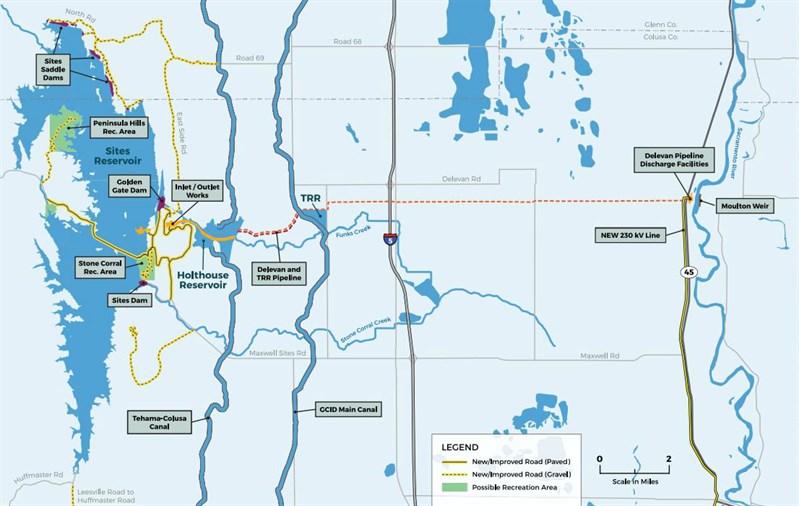 It’s about enough water to meet the needs of nine million people a year, when at capacity. On average, it would capture around 500,000 acre-feet per year.

Supporters say enough water agencies have already signed on to purchase the water and get the project built. But in order to receive Proposition 1 money, the project must have “public benefits.” So the JPA wants the state to invest $1.6 billion from Proposition 1, and use half the water for the benefit of the environment.

“Some of the water will stay north of the Delta for use for agriculture, but the other big improvement will be for the ecosystem,” says Durst. “They could put more water to wildlife refuges or perhaps it would go to a certain run of fish another year, or maybe Delta smelt.”

Sites Reservoir has been studied for more than two decades, says Ajay Goyal, the program manager for surface storage investigations at the California Department of Water Resources. He says the project would provide more flexibility for managing water through the State Water Project and the federal Central Valley Project. 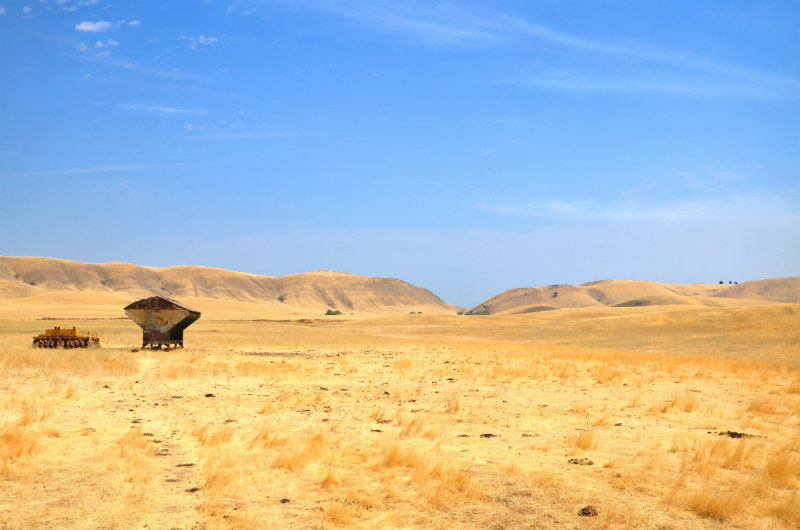 This valley would be flooded if the proposed Sites Reservoir is built. Water would cover 14,000 acres of grasslands.   Photo / Curtis Jerome Haynes

Some environmentalists say the benefits are too few to ask for so much taxpayer money. The project doesn’t have any environmental approvals yet.

“They’re in the sales phase of this project where they can promise water to everybody and for every purpose,” says Ron Stork with Friends of the River.  “They don’t have any sense of what the environmental conditions are that would allow them to divert safely without having environmental damage.”

Intake structures could harm fish. Flooding 14,000 acres of land could also impact golden eagles, the giant garter snake and other threatened species. Landowners would also have to be relocated, so would a cemetery.

But Stork says the primary reason Sites hasn’t been built is that it’s not cost-effective. 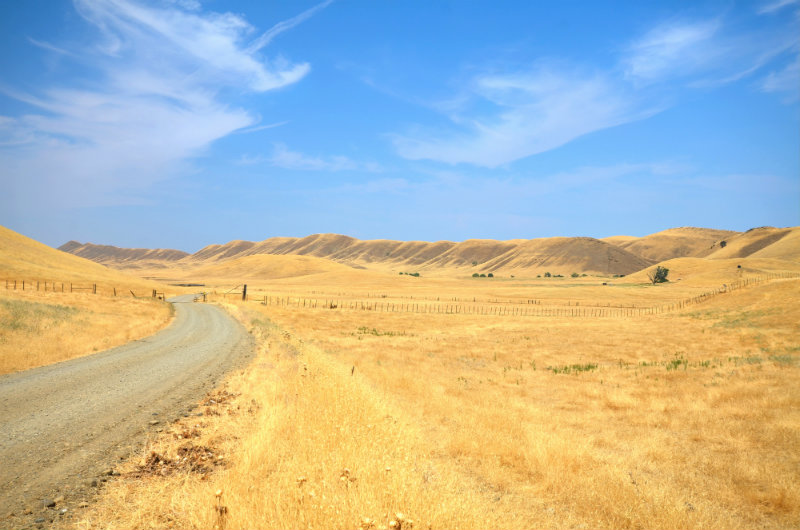 But the Sites Reservoir project has a powerful and wealthy ally. The Metropolitan Water District of Southern California has put up $1.5 million toward the project already. It wants to purchase 50,000 acre-feet of the water. But it likely won’t invest more unless California moves forward with plans to build two giant tunnels under the Delta to carry water south.

“For us it’s tricky to invest in more storage north of the Delta, when we don’t know, can we move it across the Delta,” says Jeffrey Kightlinger, general manager with the Metropolitan Water District of Southern California.

The California Water Commission will decide which projects get funding from Proposition 1 in June of 2018.