Police are using microphones placed throughout neighborhoods to locate incidents of gun violence in a growing number of California communities, including Sacramento and Stockton. The most widely-used system is called ShotSpotter.

Some people praise the technology as a crime-fighting breakthrough, while others say it raises privacy concerns.

Microphones, placed mainly in violent-crime areas, pick up loud noises which are then processed by sophisticated software that singles out gunfire and triangulates to determine an exact location. The ShotSpotter system can even determine the number of rounds, direction of travel, and the speed of the shooter, when applicable.

That information “is sent right to a police officer’s in-car computer,” says ShotSpotter Senior Manager Scott Beisner, who demonstrated how the technology works at the company’s Bay Area headquarters in Newark. He says the entire process, from initial detection to police deployment, all takes place within well under a minute.

All the ShotSpotter listening devices placed in hundreds of neighborhoods in more than 90 U.S. cities, are connected to this single Newark location, and that’s where the final alert decisions are made.

Sacramento Police Officer Matthew McPhail says the technology has lead to hundreds of arrests since it was first activated in the city’s Del Paso Heights neighborhood two years ago. He took us to an intersection where the department used ShotSpotter to solve a murder, soon after the system was installed.

“On the day that this shooting happened, our officers were alerted within a couple of seconds that a weapon had been fired, right here where we’re standing now, and that hardware/that infrastructure directed our officers to this very spot,” McPhail says. “[The officers] knew as they were coming here that somebody had fired a gun, and they didn’t know exactly what they were looking for, but they knew potentially what they could encounter.” 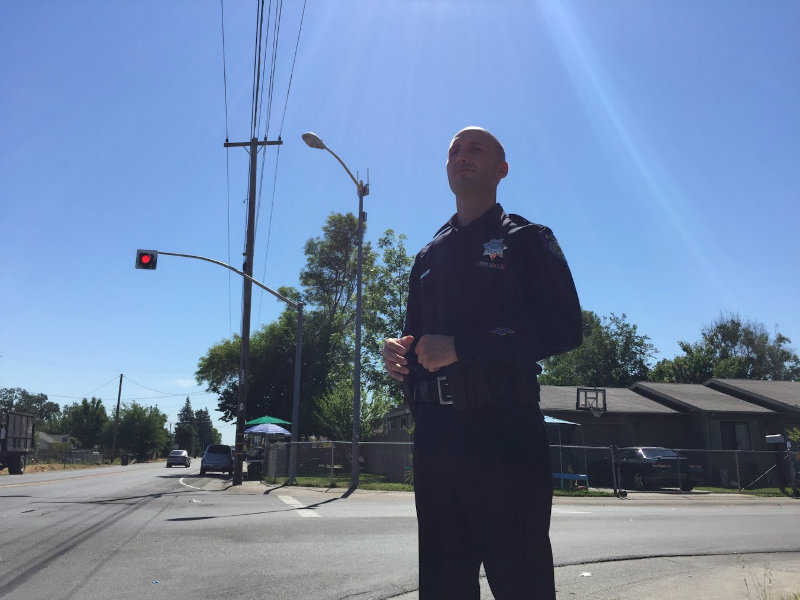 Officer Matthew McPhail stands in an intersection where a ShotSpotter device can be seen behind him on the street light pole. (Randol White / Capital Public Radio)

The victim of that shooting was Jaulon Clavo, a Grant High School football player who was killed in a suspected case of mistaken identity. A teenage boy was charged with the crime and police say ShotSpotter was a key tool for solving the case. That success has made Clavo’s mother, Dr. Nicole Clavo a big supporter of expanding the system, who says ShotSpotter is a valuable tool, but not just in areas with a history of gunfire.

Officer McPhail says these successful arrests - like in the Clavo case - have other neighborhood leaders asking for the technology.

“I can tell you that I have gotten phone calls in my office from other members of the community, and emails, and people reaching out, saying, ‘how do we get this equipment in our space,’” says McPhail.

Community leader Tamika L’Ecluse is an example of that. She hopes her Oak Park, Sacramento neighborhood will be the next to get the system.

Currently, Sacramento has microphones covering six square miles; three in Del Paso Heights and three in South Sacramento, the two areas with the highest rates of gun violence. Each square mile costs $60,000 a year for the service. While L’Ecluse understands the difficulty of balancing budgets and juggling funds, she believe Oak Park is worthy of the technology.

“It’s definitely an investment, that - I mean how many more people have to be shot with no idea who did it, where they came from, where they went to,” L’Ecluse says. “It’s enough.” 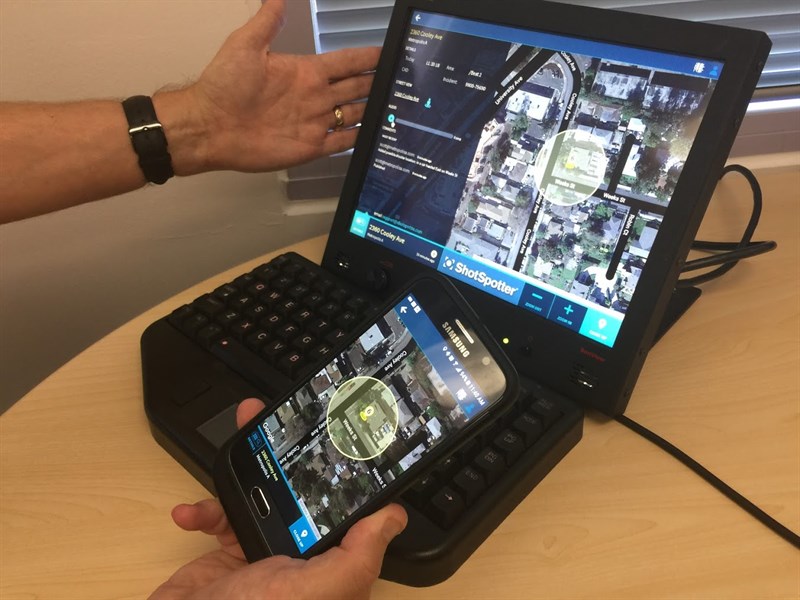 But not everyone is as excited about the technology as L’Ecluse and Clavo. Tracy Rosenberg is a member of Oakland Privacy, a group calling for greater oversight of surveillance tools, like ShotSpotter. She says the money would be better used on beat cops.

“We actually don’t think that high-tech, gee-whiz gadgets are a replacement for relationships,” says Rosenberg.

She says her organization also worries about the information being collected.

“There are several concerns, but I would sort of characterize them primarily as; the rate of efficacy for the technology, how it works and how much crime it actually fights; privacy concerns with regards to public microphones; who owns all of this data; and whether we’re already over-policing certain communities. I think all four of those are pretty substantive concerns,” says Rosenberg.

When it comes to privacy issues, ShotSpotter CEO Ralph Clark says the ACLU has been invited to see demonstrations of how the technology works, and has even been offered the source code for further analysis.

Capital Public Radio reached out to offices of the ACLU in San Francisco and San Diego, but they declined to state a position.

Clark says the system filters out the very conversations that concern privacy advocates.

“The sensors are designed to ignore all ambient noise. Ambient noise is our enemy, not our friend. We’re looking for impulsive noises; pops, booms, and bangs,” says Clark.

As for who owns the statistical information collected, Clark admits that ShotSpotter is the primary owner of that data. And clark says it’s part of the company’s business model to sell that info to government agencies looking for trends in gun violence.

As for the system’s costs, Clark says they’ve removed the one-time setup fees to make it more affordable for cities that want to test its efficacy. A bill in the California legislature to help cities pay for gunfire detection tools, stalled earlier this year.