Battle Over Pesticide Pits Demand For Proof Against Precautions For Health

Claudia Angulo and her four children live in Orange Cove, California, a corner of Fresno County known for its citrus. She says when planes fly over the orange grove next to their apartment building and spray pesticides on the trees, she and her family experience headaches, exhaustion and difficulty breathing.

But Angulo is concerned about an even more serious health problem in her 11-year-old son Isaac. When she was pregnant with him, she worked at a packing house, handling freshly picked citrus. After Isaac was born, Angulo says she noticed his development seemed slow and strange. “I saw that he didn’t play the same as other kids,” she says. “He didn’t learn the same.”

She says his behavior was aggressive and antisocial. And she tells a story about the time he even threatened suicide — when he was only four years old. When he was five, a doctor diagnosed with him ADHD. Angulo says several other pregnant women she worked with at the packing house also had children who developed behavioral and attention problems.

So she started doing research online and came across possible connections between developmental problems in kids and the pesticide chlorpyrifos.

The chemical is manufactured by Dow AgroSciences. It has been used commercially as an insecticide since 1965 and is used on over 50 crops, including nuts, berries, apples, broccoli, wheat, soy and citrus.

Angulo became convinced Isaac’s exposure to chlorpyrifos in utero was to blame for his problems. So she joined a local activist group that was pushing for a ban and started speaking out.

But farmers, like Paul Wenger, who rely on chlorpyrifos to keep their crops from infestations, say the pesticide has gotten a bad rap. Wenger is a third generation farmer in Modesto and President of the California Farm Bureau. His main crops are almonds and walnuts. 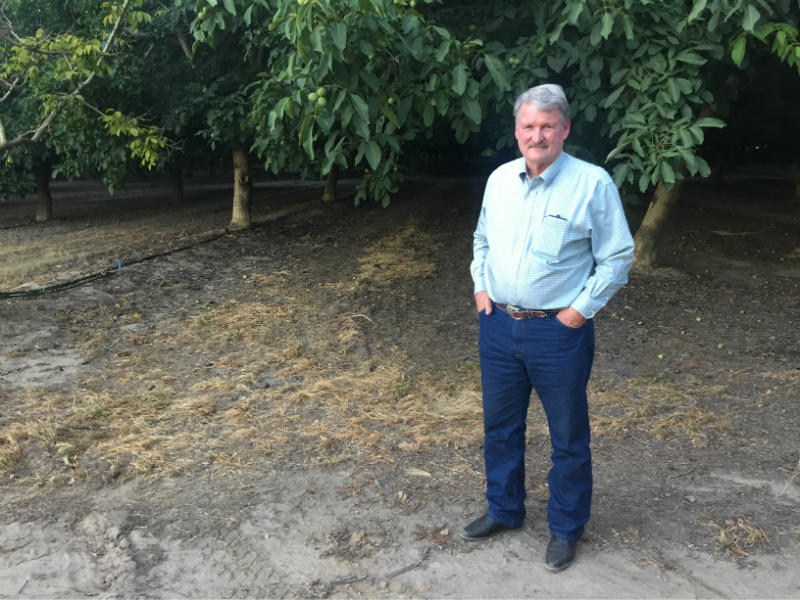 Paul Wenger is a farmer in Modesto and president of the California Farm Bureau. Ali Budner / Capital Public Radio

He says he doesn’t use chlorpyrifos often — in fact, he doesn’t even anticipate using it this year at all. But he still sees it as an important tool. “If all of a sudden we had a bunch of moths come in and lay their eggs,” he says, “and we see little worms that can jump right into a marketable nut. You bet. We'll spray chlorpyrifos.”

He can’t make a profit on wormy walnuts, and he says there’s nothing that takes care of them in a pinch like chlorpyrifos. Plus, Wenger believes the pesticide is safe. He raised his kids around it, and he says they’re all fine.

But controversy over the safety of chlorpyrifos has been going on for more than a decade. In the year 2000, because of growing health concerns based on evidence from animal studies, the Environmental Protection Agency eliminated the use of chlorpyrifos by homeowners. Then throughout the  2000s, three separate research groups published a series of human epidemiology studies showing a variety of associations between chlorpyrifos (or organophosphates, the family of chemicals that includes chlorpyrifos) and neurodevelopmental problems in children who were exposed in utero.

So in 2007, environmental groups like Pesticide Action Network and the Natural Resources Defense Council started putting legal pressure on the EPA to consider banning chlorpyrifos altogether. And in 2015, a panel of EPA scientists finally did issue a recommendation for a full ban.

But this spring, before the ban could be finalized and implemented, Trump’s EPA chief, Scott Pruitt, decided to reject the former administration’s decision and halted the ban, calling for a return to “sound science.”

So what does the science say? It’s broadly accepted that chlorpyrifos is toxic to the nervous system. That’s how it kills bugs and that’s how it affects humans — at high levels of exposure.

But what the human epidemiology studies suggest is it may be dangerous even at low levels, especially for the developing brains of babies and children. Columbia University researchers found that “children who were exposed prenatally to the insecticide chlorpyrifos had significantly poorer mental and motor development by three years of age and increased risk for behavior problems.” And later iterations of the study, with the same subjects, found memory problems and decreased IQ in the children.

The sample size in the Columbia study was relatively small (265 children) and the results have yet to be replicated.

“This is not perfect science,” says UC Berkeley’s Brenda Eskenazi, lead researcher on another of the three organophosphate studies. She says more research is needed. But right now she doesn’t think chlorpyrifos can meet the EPA’s standard for “a reasonable certainty of no harm.” 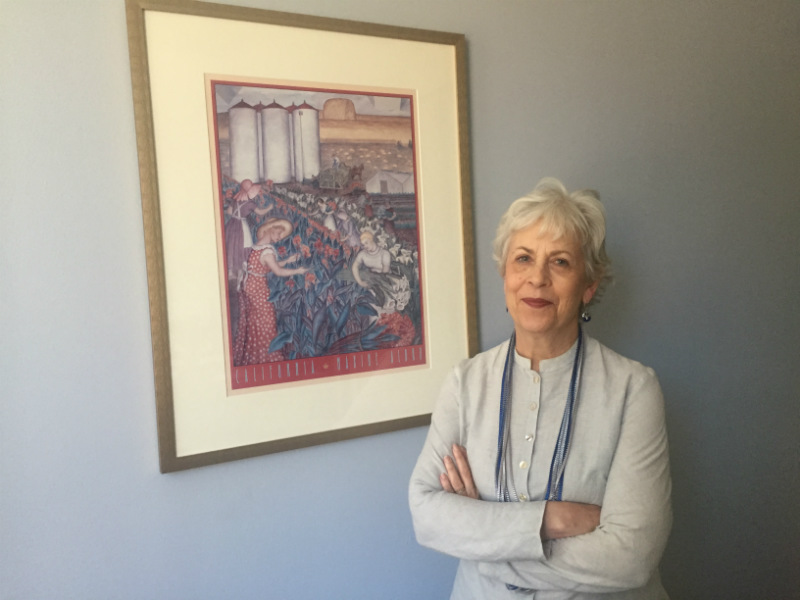 Brenda Eskenazi, a researcher at UC Berkeley, says that more research is needed to know for sure if chlorpyrifos is dangerous to humans at low levels -- but for now, she doesn't think it meets the EPA's standard for “a reasonable certainty of no harm.” Ali Budner / Capital Public Radio

Eskenazi thinks one of the reasons health advocates and environmental groups are fighting Scott Pruitt’s decision so passionately is they see it as the administration’s war on facts. “I think we’re seeing partially a rebellion,” she says “about you know facts as fake facts and science not being real and that this is just like the test case, the canary in a way.”

She says there’s “sound research” in animal data that supports that chlorpyrifos has the potential to hurt human health. “I think we have to weigh the animal evidence and the limited human evidence together,” she says, “to make sure we anticipate any potential harm to human health and to guard against that.”

But former Dow epidemiologist Carol Burns says the human evidence is too limited to draw any conclusions around cause and effect between chlorpyrifos and health problems in kids. She says Dow’s research shows the pesticide is completely safe at legal levels and that a governmental ban would be unjustified.

“Chlorpyrifos and other insecticides,” she adds, “allow us as a society to have a cheap supply of fruits and vegetables.”

So the question remains — should government officials err on the side of caution, at the possible expense of people who rely on chlorpyrifos?

This is far from the end of the regulatory story. California Senator Kamala Harris and seven other lawmakers have introduced a bill in the US Senate that would ban chlorpyrifos and calls for more research on organophosphates in general. Seven Attorneys General, including California’s Xavier Becerra, filed an objection, challenging Scott Pruitt’s order “as a violation of the Food Act because it leaves current food tolerances for chlorpyrifos in effect without finding that they are safe.” Environmental advocacy groups are suing the EPA over chlorpyrifos for the sixth time now in ten years. And California is considering whether to put new restrictions on the chemical at the state level.