The heavy rains and significant releases of water from Lake Oroville after the spillway failure caused startling changes to the Feather River this spring.

Brian Clemens knows that better than most. He's been a fishing guide on this river for 10 years.

Floating eight miles down the Feather River from Oroville's River Bend Park to the Thermalito Afterbay Dam, some of the effects are easy to see. Large groups of trees are on their sides. Other trees have a wide gray stripe that show the wear of rock and concrete debris as they shot down the river.

"You know, a cubic foot of water is roughly 7.4 gallons," he says. "So you do 80,000, make it easy, times eight gallons per second, that's a lot of water per second coming down this river and it just wiped it out." 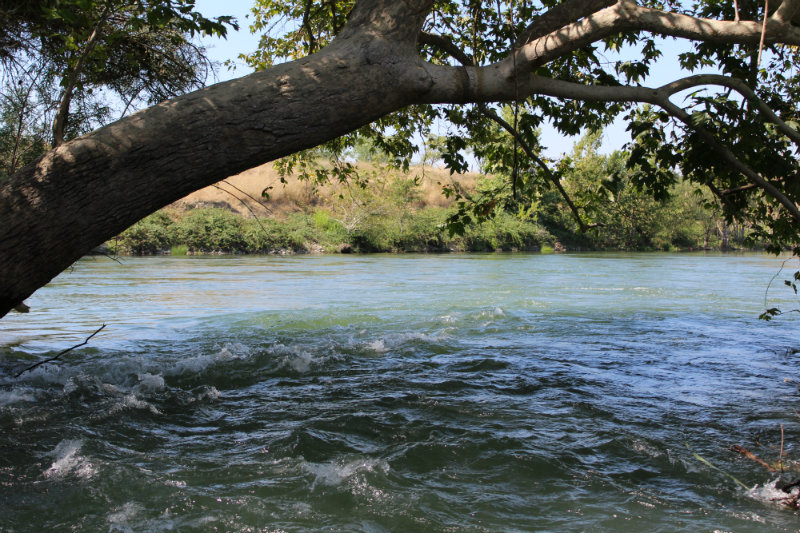 Boats must now go under this tree to avoid scraping the bottom of the Feather River.

He says the erosion was also significant.

"We are at the old ramp and this what we used to put in before they built River Bend Park and this bank eroded by about 10 to 15 feet back from the high water," Clemens says.

Farther down, a new channel has formed, proof that four miles is not enough to dissipate the impacts of rushing water.

"There used to be an island where that small tree is there all by itself and of course there's the other island," he says. "And then where all those geese are used to be all trees. It’s just been stripped clean.” 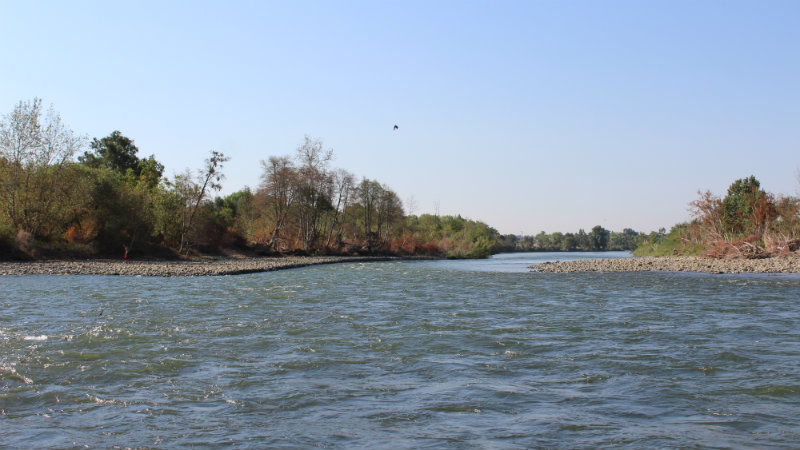 Fishing guide Brian Clemens says the rocks that now line both sides of the Feather River in this section were not there before Department of Water Resources released water at 80,000 cfs this February.

In some cases, the force of the water created pools of water eight feet deep where salmon have traditionally spawned.

"So the point over here to the right where you have a little bit of gravel used to come out another 20-to-30 feet and of course that would create a seam," Clemens says. "And we would have an island over here on the left. It used to be 100 yards long, 20 yards wide-ish. You would have current going over to the left and it would actually push into the bank and go down and it was all perfect spawning habitat."

The Department of Water Resources says it has completed an underwater topographical mapping project of the river. The Department of Fish and Wildlife says it plans to restore one of the spawning beds that was washed away.