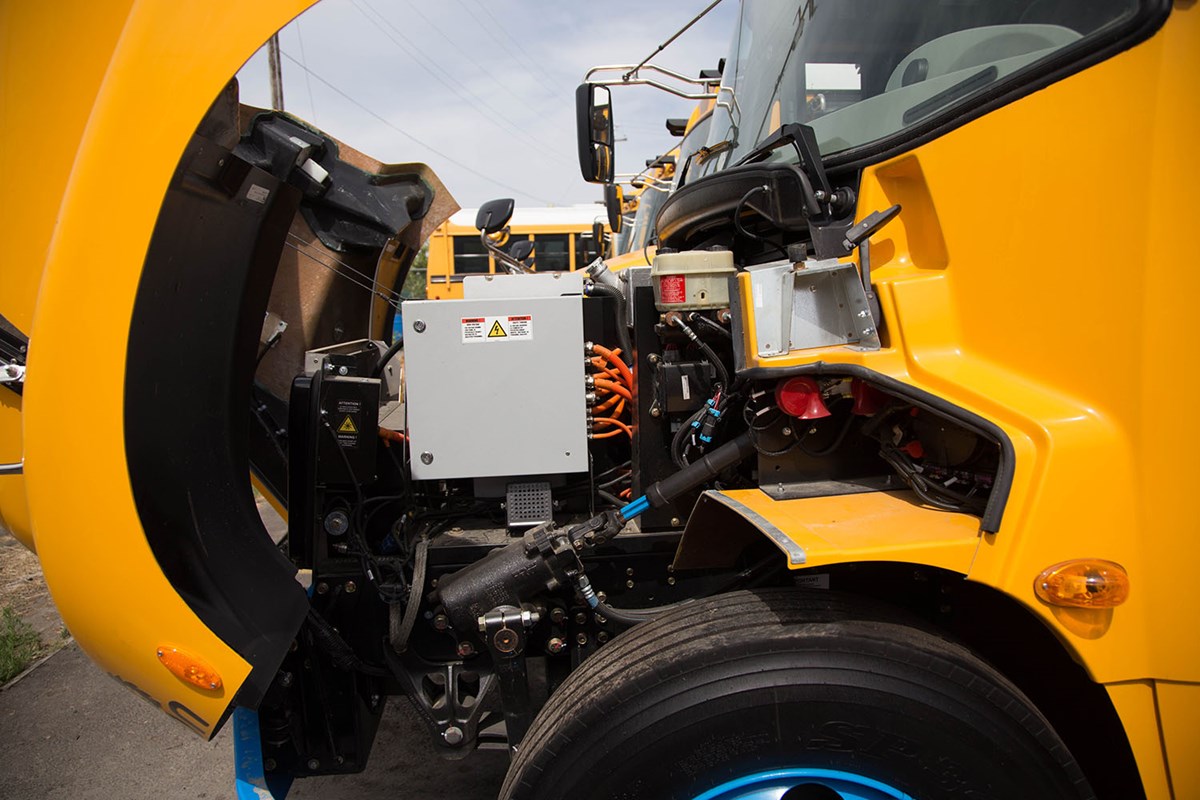 The engines of the electric buses are battery powered.

Nancy Jensen is a driving instructor with the Twin Rivers school district. She has been driving school buses for 20 years.

About 10 years ago, she developed a long-term case of bronchitis. When she went to the doctor to get a chest X-ray, he told her that her lungs looked like she was a smoker. But she’s never smoked. So the doctor asked her what she did for a living. When she told him she was a school bus driver, he said that could explain the condition of her lungs.

Diesel exhaust contains known carcinogens. For kids, exposure can cause more severe asthma attacks and decreased lung development. For adults—like bus drivers who spend six to 10 hours a day around dirty engines—long-term exposure can lead to chronic inflammation, increased risk of death from heart disease and possibly even cognitive decline.

Jensen says she still has spells of coughing. So she was pretty excited when she heard that her school district was adding 16 zero-emission electric school buses to their fleet. The first thing she thought was, “Wow, we won't have to be exposed to this diesel exhaust anymore.” 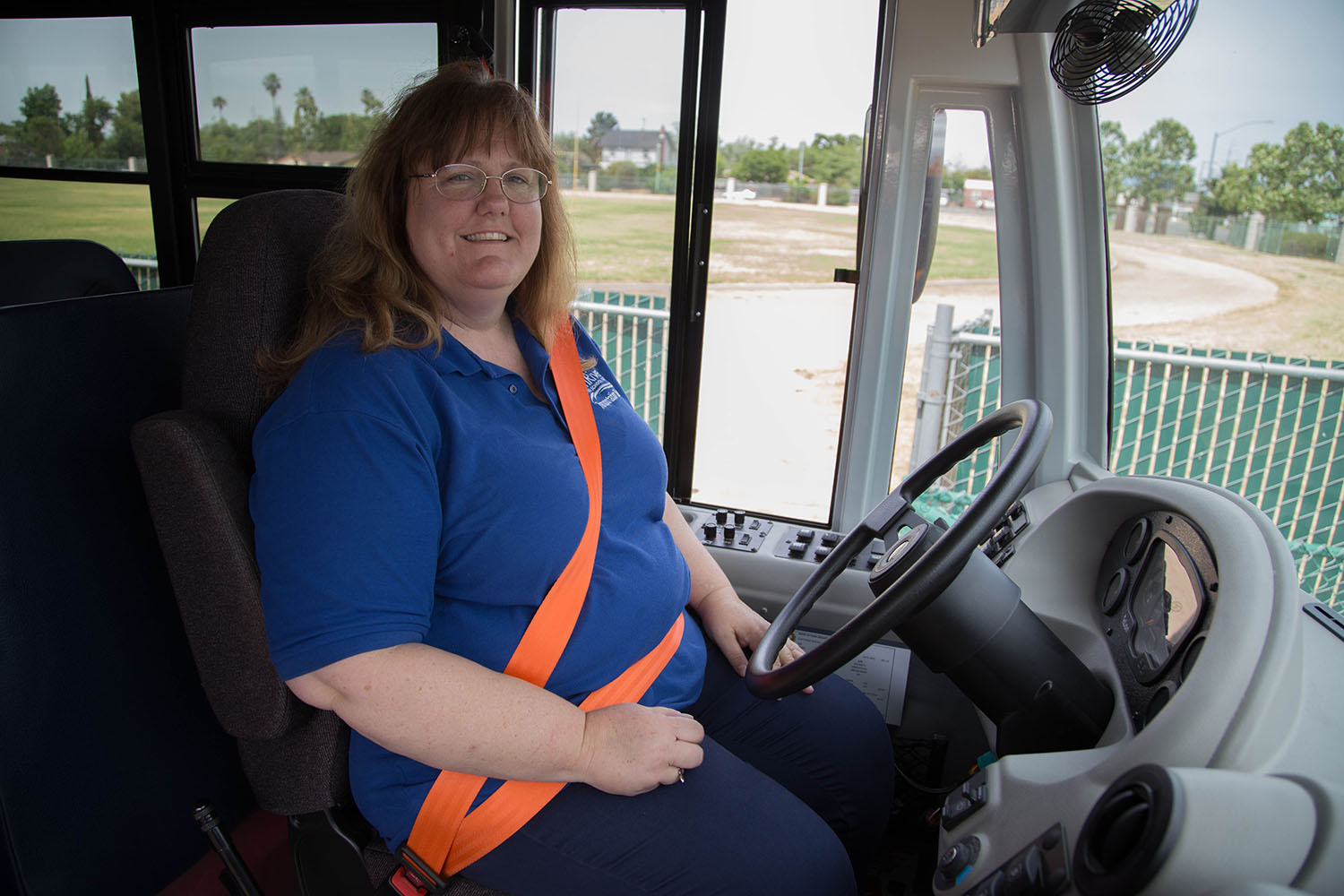 By the beginning of next school year, the Sacramento area will have one of the largest numbers of electric school buses in the country. Two other districts—Elk Grove and Sacramento City—will join Twin Rivers in getting a total of 29 of these “E-buses.”

Jensen is excited to show off the new arrivals. She walks across the parking lot toward a row of shiny new eLions—that’s the model name and she jokes by calling them her “pride of Lions.”

They’re yellow, of course, but with bright blue bumpers and matching hubcaps. She unplugs one of them from its charging station, climbs in and hits a button to turn on the engine. A glowing touch screen comes to life in the center console. And she’s ready to take it for a spin. 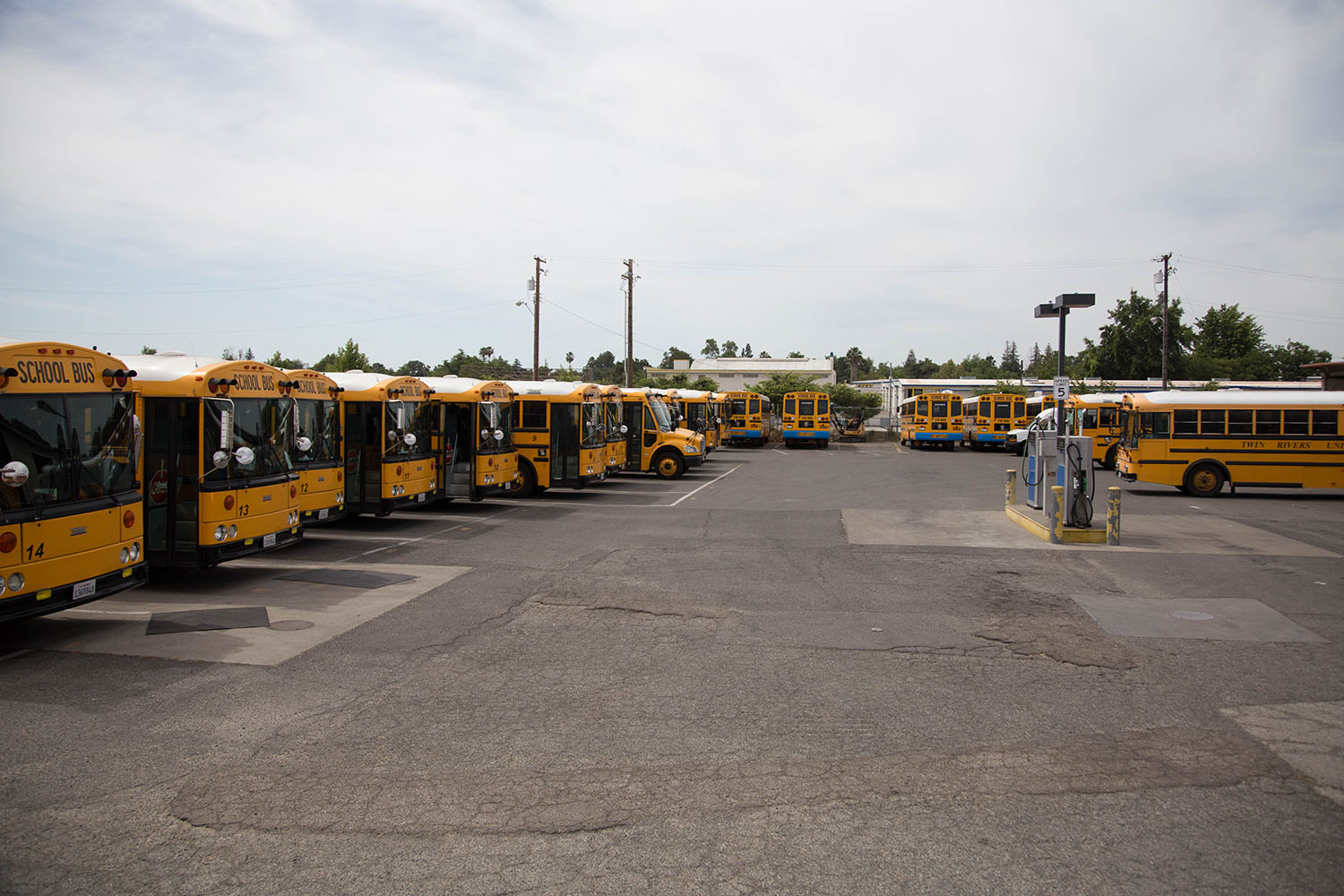 Only 16 of the district’s 135 school buses will be electric this year. But they’ll replace some of the dirtiest buses in the fleet. And that’s a big change.

Diesels manufactured before the ‘90s were known for belching out plumes of black soot from their tailpipes. And in the early 2000s, studies found large amounts of soot were actually getting inside the buses.

University of Southern California professor Scott Fruin was a researcher on one of these studies. He found that pollution inside the older school buses with high tailpipe emissions was two to five times worse than directly outside the vehicles. So kids and drivers were breathing this in on a daily basis.

But he says things have gotten better. Throughout the '90s and early 2000s, the U.S. Environmental Protection Agency progressively lowered the levels of allowable pollution from diesel vehicles. Now, almost all new diesel buses are required to have special filters that catch up to 99 percent of soot and other pollutants. Recent studies show those changes have reduced kids’ exposure to pollution from buses. 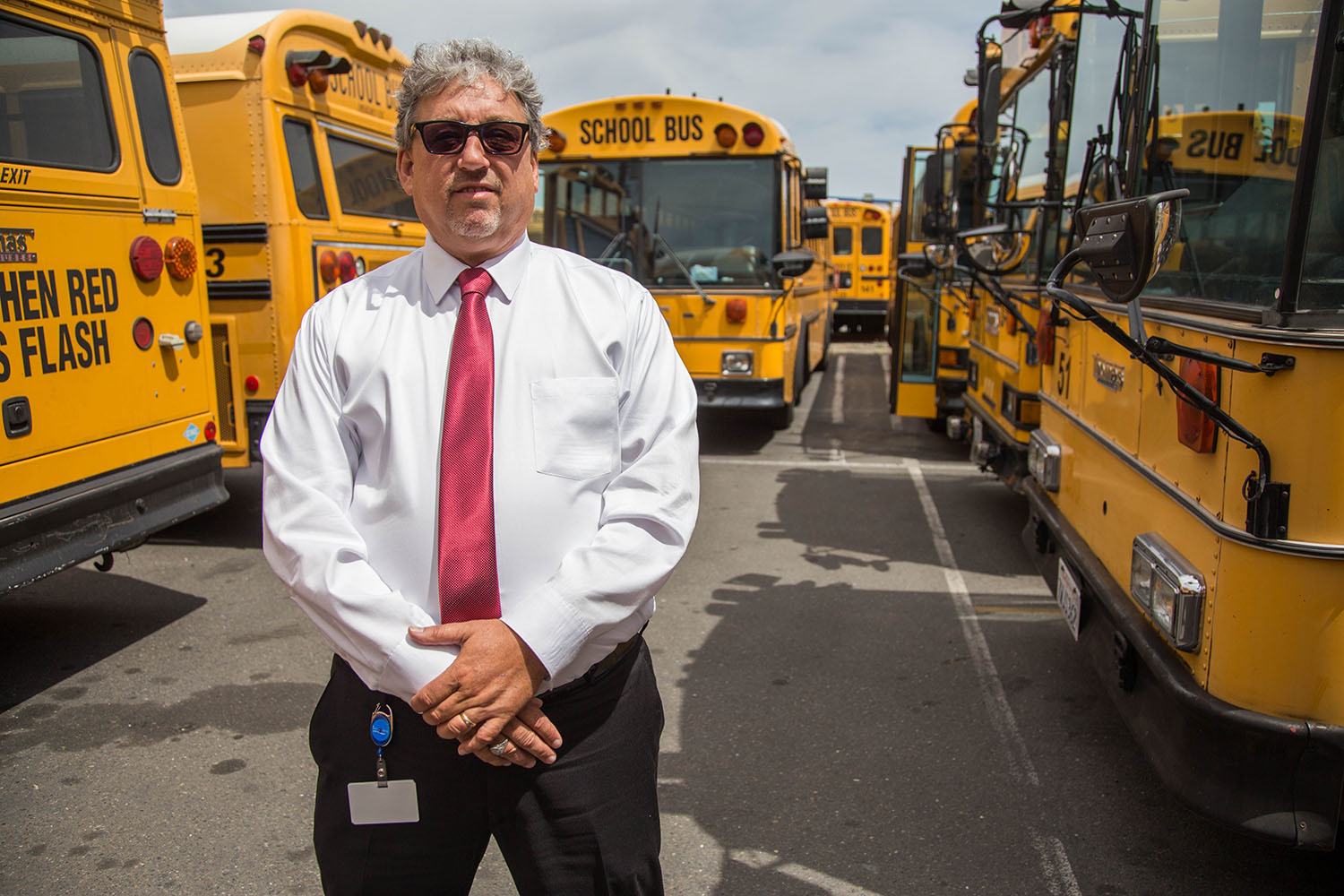 Getting rid of diesel is not exactly a no-brainer for school districts. Especially since diesel buses are roughly half the price of electric ones. But Tim Shannon, director of transportation for Twin Rivers, says it was a no-brainer for him, because electric vehicles release no emissions.

“Having those particles in the air and then not having them in the air,” he says, “is really a big difference.”

Shannon says Twin Rivers only had to pick up about 10 percent of the tab for the new electric buses. The rest of the money came from cap-and-trade funds and other state and local clean air programs.