Every time you pump gas in California, a portion of that price-per-gallon goes to building and maintaining the state’s roads. The system worked well for decades as most people’s cars got roughly the same gas mileage, and hybrid or electric cars were scarce. However, in recent years that equation is not working as it once did.

Sacramento State employee Judi Brenner is among those who are increasingly attracted to more fuel-efficient vehicles. She bought a car that runs entirely on battery power for the first 30 miles or so and then kicks into gas during longer trips. She thought it would make a good car for her commute to campus from her home in El Dorado Hills. In addition to the gas savings, she also gets to use the commute lane.

“It’s not as fast as my Corvette, but it has lots of pickup in the beginning, gets me where I need to go, and trips to the gas station are far and few between,” says Brenner.

Environmentally, the state sees Brenner’s reduced gas consumption as a good thing. But financially, it’s at odds with the main source of funding for state and local transportation projects.

Every mile these electric and hybrid cars use batteries instead of gasoline is a mile of road wear-and-tear that’s not covered by the gas tax.

“The majority of the people in California have no idea how you pay for roads, and they have no concept of how much they actually pay,” says Norma Ortega with Caltrans. “Most of them think they pay too much.”

Ortega says the funding problem is getting worse because the tax itself hasn’t been raised in more than 20 years and it’s not indexed for inflation. 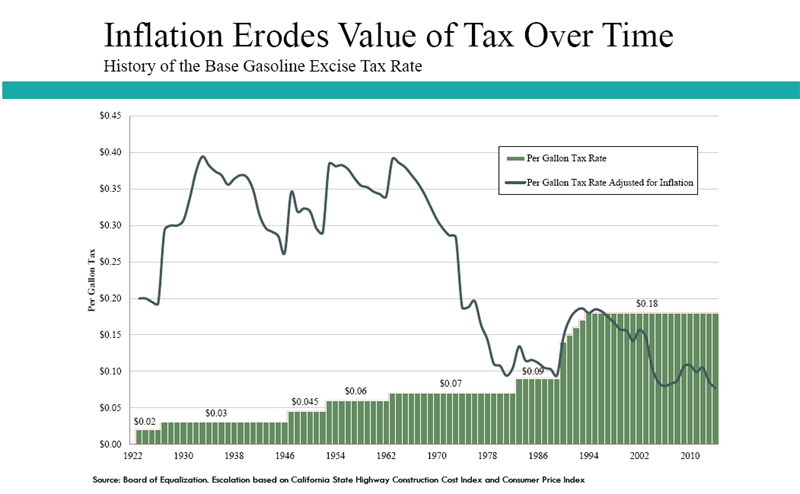 “So, our buying power is half of what it used to be when the last increase was adopted,” says Ortega.

The last increase was in 1994. This week Gov. Jerry Brown and the state’s top Democrats are pushing to pass a gas tax and vehicle fee increase as an immediate fix for the problem, but Caltrans is researching longer-term solutions with a focus on the transition away from petroleum.

The idea is to have people pay based on how far they drive, not how much gasoline they use.

For the past year, roughly 5,000 drivers throughout the state have been testing ways to calculate their road usage. The most accurate, but also the most intrusive, is through GPS tracking. Drivers simply place a small device into their car’s computer and technology does the rest. Not only does the device track miles, but also alerts drivers to a low battery and less fuel-efficient driving practices like excessive idling and hard braking.

Some may appreciate these features, while others have concern over the tracking aspect.

Caltrans says privacy is a top priority for all of this information. But privacy advocates say protecting that info is not easy to do.

“The trouble with things like GPS tracking is that it happens invisibly, and so people tend to not fully understand how powerful and omnipresent the location information is,” says Dorothy Glancy, a privacy advocate who teaches law at Santa Clara University.

David Wolfe with the Howard Jarvis Taxpayers Association says the state should use money it already collects to address the shortfall and doesn’t want to see drivers further burdened - whether in the governor’s new plan or as a pay-by-the-mile fee.

“We would agree with the general number out there that says there’s a 58 billion dollar transportation backlog worth of projects that need to be funded over the next ten years, but I mean we would fundamentally disagree with the assertion that there needs to be taxes in order to fund that shortfall,” says Wolfe.

Road Charge volunteers also tested less intrusive methods, including a computer that tracks miles, but not location, as well as manual odometer readings. 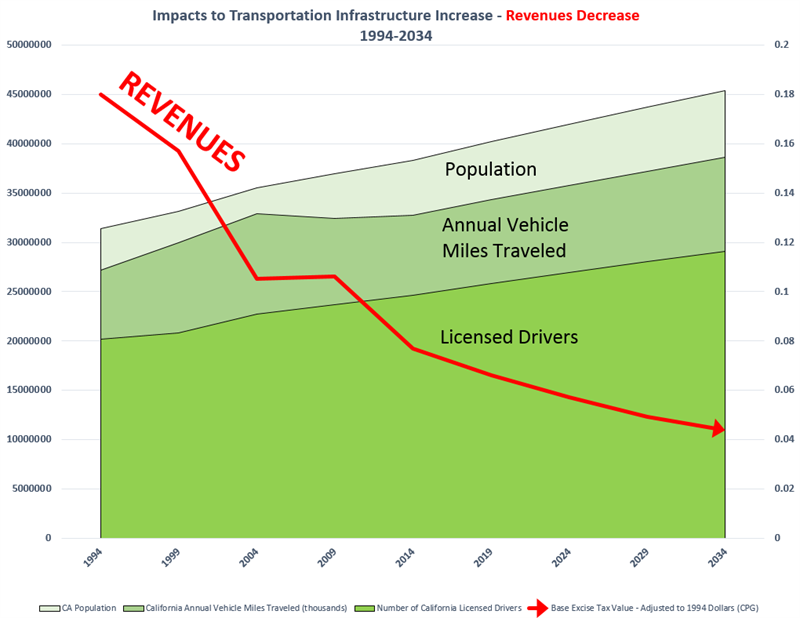 Electric car drivers like Sac State‘s Judi Brenner will be most affected should the state choose to implement a road charge program. She says it makes sense drivers like her would be part of a solution.

“I think that it’s fair that I have to pay for the roads to be maintained, of course. I just haven’t seen the figures to see how that all works out,” says Brenner.

Caltrans now has a year’s worth of that data and will present those findings to state lawmakers this summer.