Results of the manual snow survey Thursday have Californians wondering when California Governor Jerry Brown will declare the drought over. 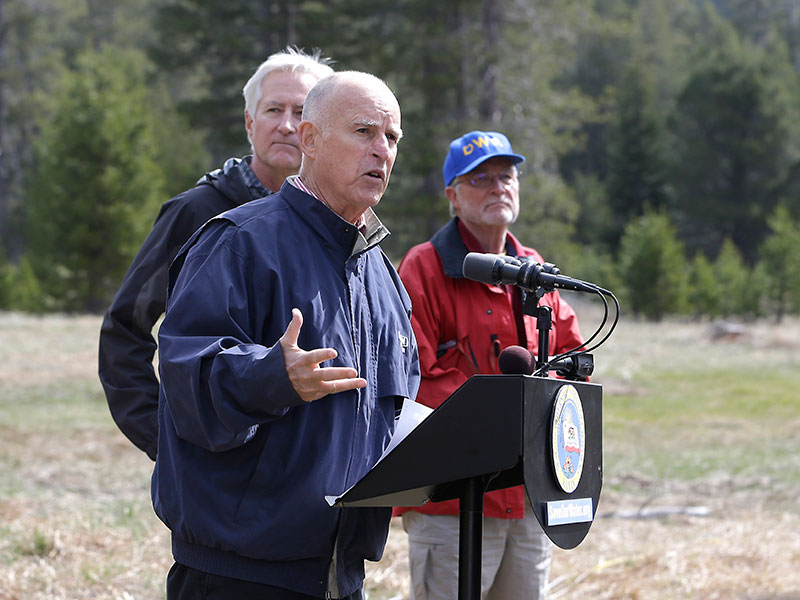 In 2015, California Governor Jerry Brown stood on grass rather than snow at Echo Summit and declared the state in a drought.

“We’re in an historic drought and that demands unprecedented action," he said. "It’s for that reason I’m issuing executive order mandating substantial water reduction across our state.”

“That represents 183 percent of its long-term average. So clearly even though we had that hiatus of storms in March, we’ve still got a very substantial snowpack,” says Gehrke. 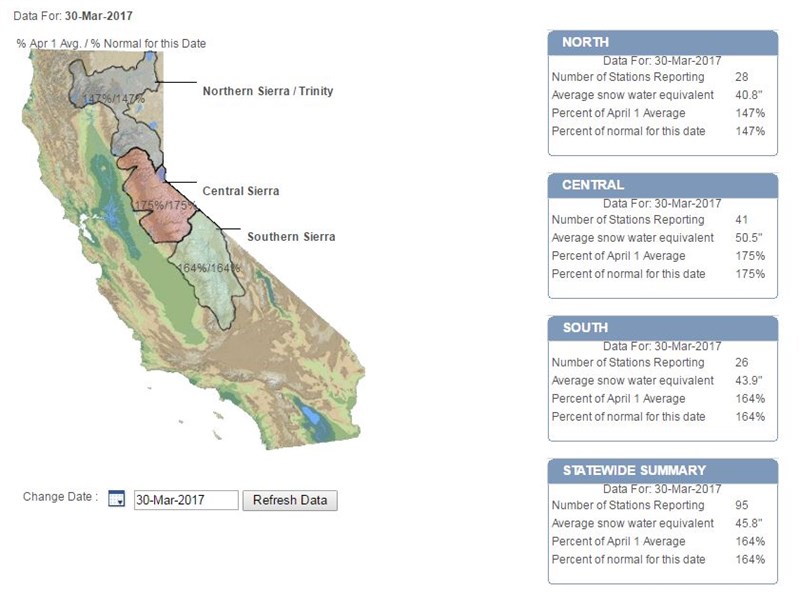 Statewide snow readings show water content in the snow is 164 percent of normal for this time of year.

“Especially for recreation it’s going to be a rather different picture than people have experienced since 2011 really,” says Gehrke.

He says skiers can expect a long season and whitewater rafters will have lots of cold and fast-moving water.