Have The California Storms Ended The Drought?

Is it time to declare California out of the drought? Some water experts say yes. Sort of.

Storms have filled reservoirs and built up snowpack in the Sierra.

California now has enough extra surface water for this time of year to fill a reservoir the size of Folsom Lake, one and a half times, says Jay Lund with UC Davis’s Center for Watershed Sciences.

“Two years ago about this time we were about 8 million acre-feet down in terms of total surface water storage," says Lund. An acre-foot is enough to supply two to three California households for a year by some estimates. 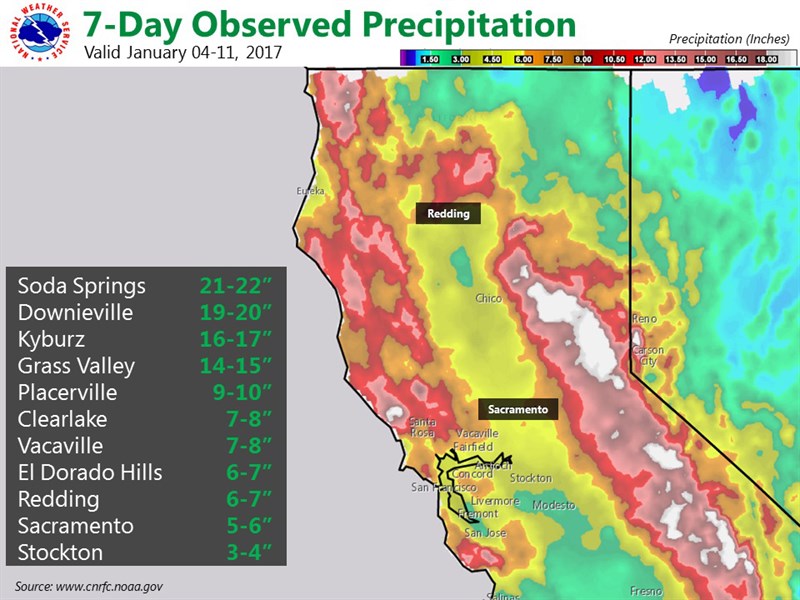 So when it comes to surface water, most of California is no longer in a drought. There is one exception: Santa Barbara. The city depends on Lake Cachuma, which holds just 11 percent of its historical average. 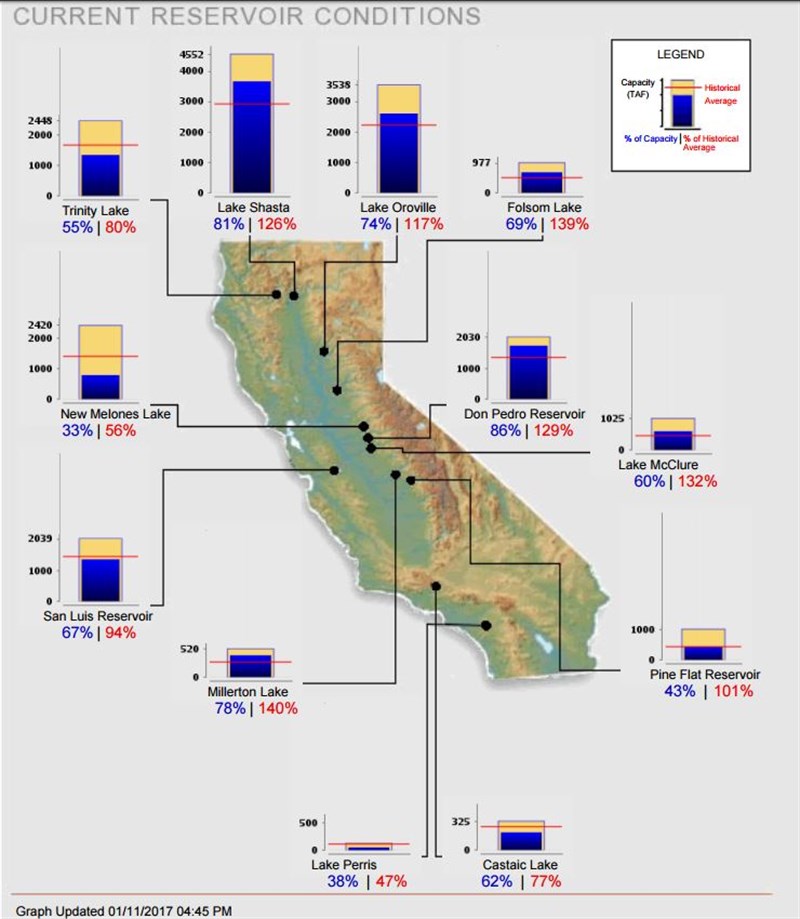 But when it comes to groundwater, the southern Central Valley has a long way to go.

“It’s much drier than the Sacramento Valley, and there are much larger agricultural demands and those were supplied during the drought mostly by additional groundwater pumping.”

It may take years or decades to bust the groundwater drought. Lund says some aquifers may never recover. Groundwater provides 30 to 45 percent of the state’s water supply – more during dry years. 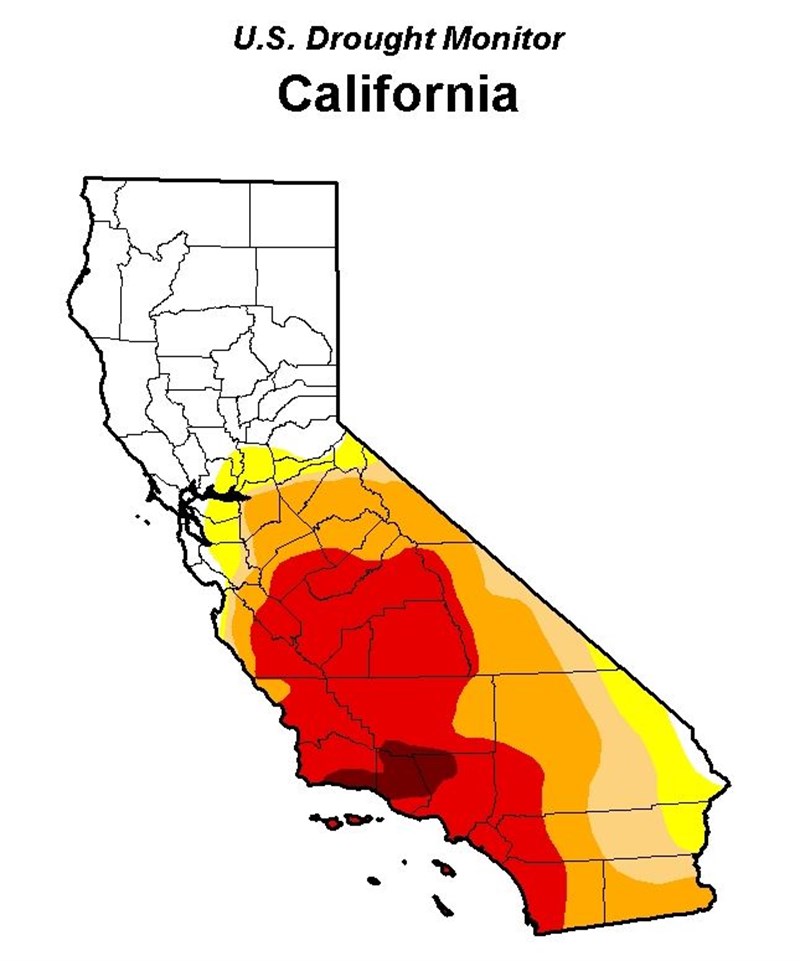 On Thursday, the U.S. Drought Monitor showed almost 42 percent of California is no longer in a drought. 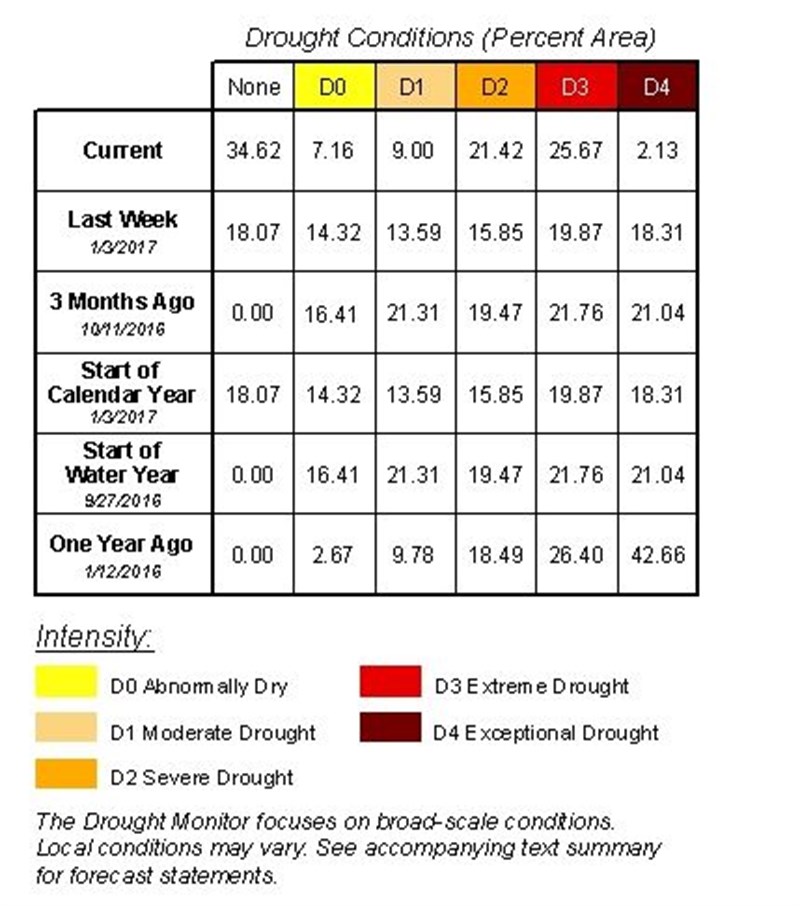 But as the chart above shows, half of the state, all in the central and southern regions, remains in severe drought or worse.