Jan 10, 6:30 A.M. UPDATE: Round two of a major winter storm arrived early Tuesday in Northern California and Nevada where downpours have already flooded roads and homes and toppled a storied giant sequoia tree.

Parts of Northern California were soaked by more than a foot of rain over a 72-hour period that ended early Monday. But another strong storm system began bearing down on the region earlier this morning.

On Tuesday morning, engineers with the state Department of Water Resources opened some of the Sacramento Weir gates to direct water through a bypass and protect Sacramento from flooding. Forecasts show the amount of water heading downstream in the river will reach levels capable of overtopping riverbanks in the urban areas of Greater Sacramento.

Engineers open the weir after the Sacramento River hits 29.87 feet at Sacramento's I Street Bridge. Yesterday, dozens of spectators came out to look at the weir.

"This is the savior of Sacramento. Without this, Sacramento gets wet," says Clarksburg resident Bob Webber. Clarksburg could be flooded without the weir. He says it's exciting to watch.

The weir diverts water from both the Sacramento and American Rivers and moves it to the Yolo Bypass where it can access a flood plain.

Original Post: Homeowners who live along a stretch of the Garden Highway in Sacramento are slowly watching the Sacramento River rise. It's inundated Rick Rethford's backyard with more than two feet of water.

“The patio down below and the gazebo is underwater," says Rethford, as he looks at his yard from his upstairs back patio. 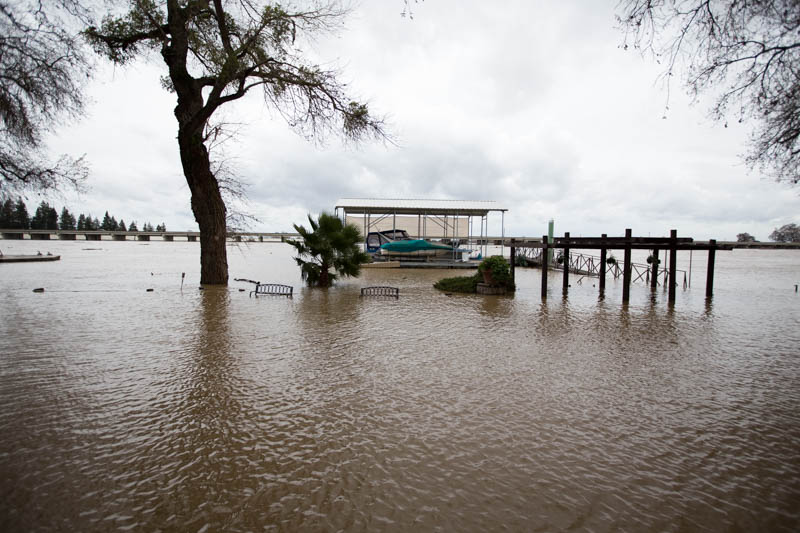 He wears hip waders and water shoes and looks like he’s been doing chores for days. He’s spent hours moving everything to higher ground, including lawn furniture, an extra freezer, and an RV. Downstairs, he’s built a flood gate to prevent water from seeping into his garage. 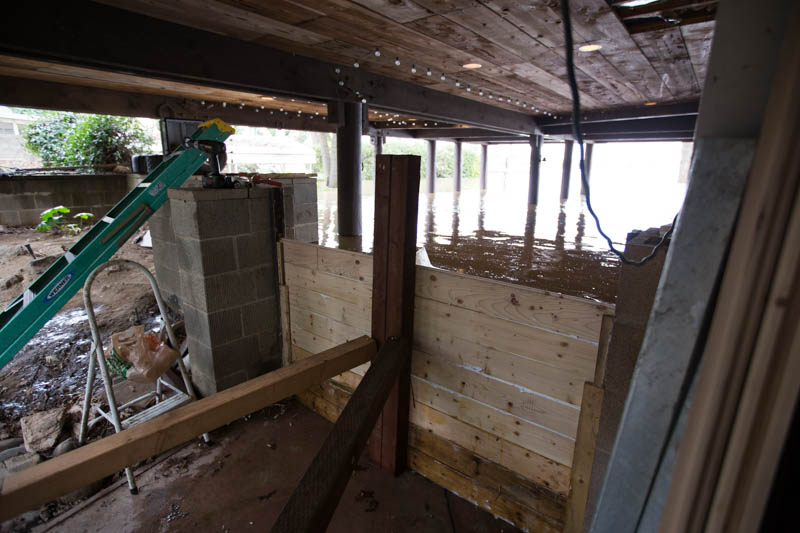 “Normally you can walk through here to go to the back patio. Now with the river being so high, I have to build this in order to protect the front yard."

Rethford says if the water of the Sacramento River rises much higher, it will top his flood gate. His house will be surrounded by water. 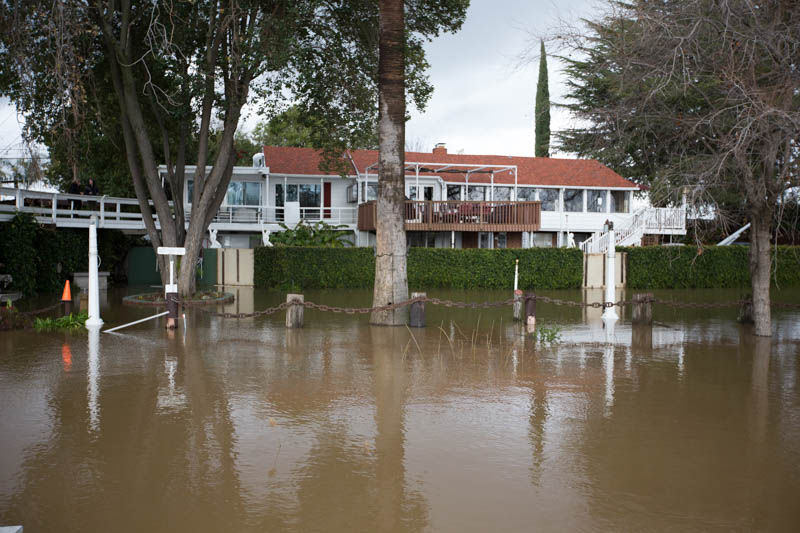 Carol Van Bruggen lives down the street, closer to downtown, and also has flood gates in her backyard.

“If it goes over the top of the wall a couple of things happen. First of all, we can’t protect the downstairs of our home and our office. Also if it gets that high it will flood downtown. So we know they’re going to open the weir. They have to open the weir,” says Van Bruggen.

Homeowners are anxiously waiting for the opening of the gates on the Sacramento Weir. It’s designed to take floodwaters and redirect them west to the Yolo Bypass. But it’s a waiting game. Water managers don’t open them until the river reaches 30 feet near the I street bridge.

"As soon they open the gates up, within about 30 minutes the water at my home level goes down a foot, so we see the results immediately, which is nice," says Rethford. 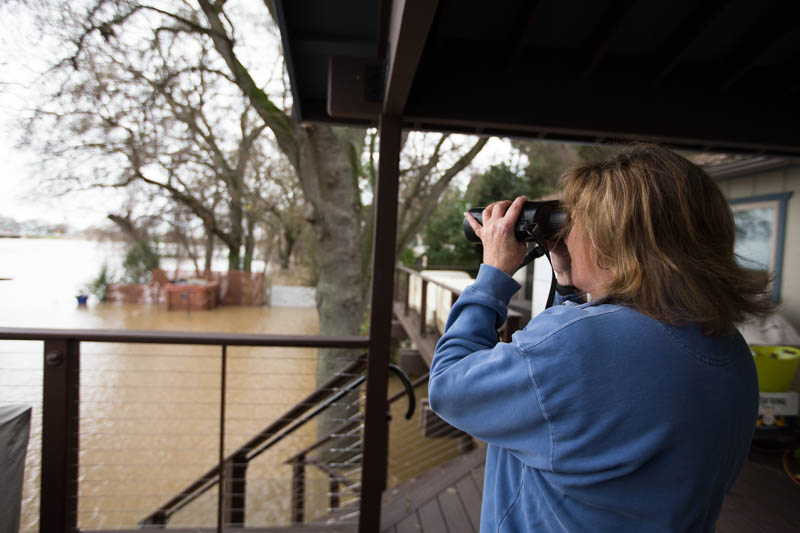 Homeowners anxiously await the opening of the Sacramento Weir. The weir is across the river from the Rethford's home on Garden Highway.  Andrew Nixon / Capital Public Radio.

As of Monday evening, the 48 gates along the 100-year-old weir remained closed. But even once the river level reaches 30 feet at the bridge, it could take hours to open all of the gates along the 1,920 foot-long weir. It's the only weir in Sacramento that must be opened manually.

"This is the savior of Sacramento. Without this, Sacramento gets wet," says Webber. He and others who came out to the weir are excited to see something historic. "We haven't opened it since 2006. It's sort of like the end of the drought."