An example of trash that accumulates at campsites where illegal marijuana growers live during growing season.

The environmental damage from illicit marijuana operations in California is getting worse.  Experts say illegal growers are killing wildlife by diverting water from streams, using pesticides, fertilizers and poisons. With the legalization of recreational marijuana, some law enforcement agencies fear the problem will only get worse – especially on National Forest land. 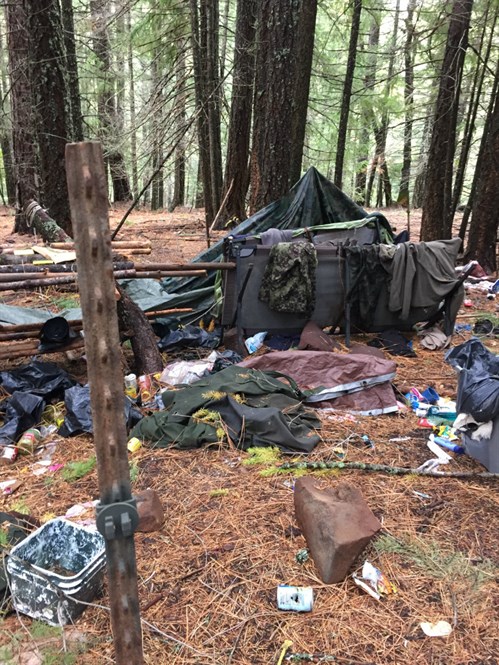 “Once they get into an area, and if they become undetected by the public or law enforcement they go ahead and get greater in size. It’s all about profit and money,” says Tony Magarrell, special agent for the US Forest Service. He’s responsible for investigating international drug trafficking organizations and cleaning up illicit grow sites.

Magarrell says the organizations cause major environmental damage. At the site in Lassen, the agency has had to use helicopters to clean up the trash. It’s taken more than three months.

“We removed almost seven tons of trash and infrastructure that included over 18 miles of just drip irrigation line.”

“They totally dry up some of the smaller streams,” says Thornton.

Deer Creek flows into the Sacramento River. Thornton says drying up small streams that feed into the system is a big deal in a drought. 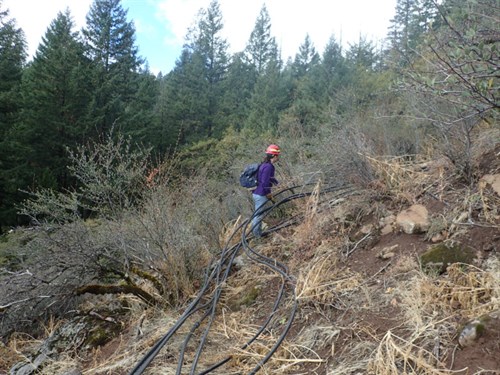 “From all the way down in the Sacramento, all the way up, people have to stop using the water that have legal water rights. These guys are using them and totally drying up the creek all year round.”

Very few peer-reviewed studies have looked at environmental damage from marijuana grows. Jake Brenner, an assistant geography professor with Ithaca College in New York published one study this year in the journal Environmental Research Letters. He examined 4000 marijuana grow sites in Humboldt County from Google Earth imagery and found the operations are clustered near headwater streams that are habitat for threatened fish species. 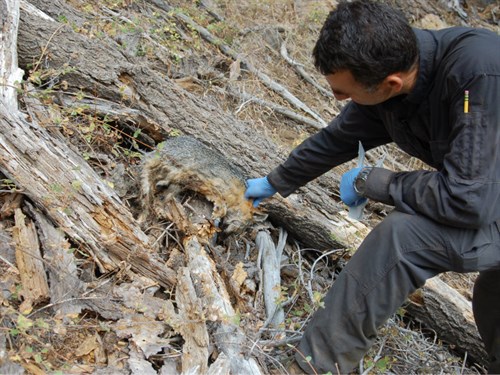 Brenner says there is also potential for agro-chemical runoff. Illegal growers are using copious amounts of fertilizers, pesticides and poisons. At the site in Lassen, law enforcement agents found bromethalin, a neurotoxic rodenticide. Tony Magarrell says the illegal growers use it to bait animals, and prevent them from eating plants or damaging the crop.

“We actually had a dead bear. On top of it, and even more disturbing, was a dead turkey vulture,” says Magarrel. “So whatever that was, that chemical, pesticide, poison, went through the bear, that turkey vulture trying to eat it, and also killed it.”

Dr. Mourad Gabriel with the Integral Ecology Research Center is one of the one of the few researchers studying the ecological damage from illegal marijuana operations.  He’s found threatened fishers are dying from exposure to rodenticides. 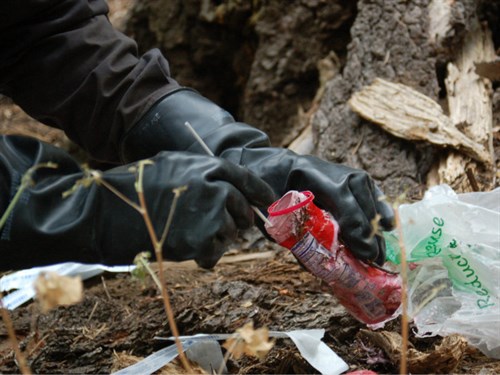 “What we’ve been demonstrating is now you have these chemicals that are now contaminated water, soil, other wildlife species besides fishers, and now potentially leaving what we fear is a legacy effect where it’s going to take either months or years before they are fully dissipated,” says Gabriel.

Law enforcement agents say drug trafficking organizations are supplying the rest of the nation, not just California. Tony Magarrel believes grow sites like the one in Lassen are not going to go away just because California has legalized recreational marijuana. Instead, he fears local and state agencies will no longer be able to help clean up illegal grow sites on federal public land. They’ll be too busy enforcing state and local regulations.

“We can’t deal with this by ourselves, we do not have the resources.”

The US Forest Service says since 2000, almost 80,000 acres of national forest land in California has been environmentally damaged or degraded from illegal marijuana grows.