As a child, Anthony Villarreal knew he was different. His elementary school friends had girlfriends; he planned weddings.

Villarreal was raised Catholic, in the small town of Sanger, east of Fresno. He accepted an athletic scholarship to William Jessup University –  a private Christian college in Rocklin, northeast of Sacramento – and enrolled in 2010.

“I was conflicted,” he recalls. “I was Christian and I had an idea that I might be gay, but I was in denial.” 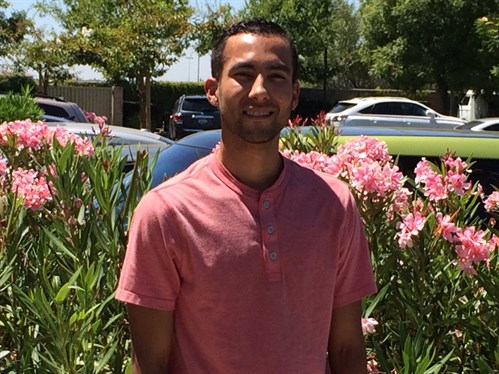 Villarreal only came out to a few people during his years at William Jessup. But in his final semester, something very public happened. A loud argument with his live-in boyfriend over whether he should come out led his neighbors to call the cops, and he was arrested for domestic violence.

Soon after, the university dismissed him. Villarreal is convinced he was kicked out because he’s gay; the university says it was for domestic violence.

“In a sense, they ruined my life,” Villarreal said. “They may not know it. They may not feel it. And they may deny it. But they changed the path of my life dramatically.”

Now, this example is an imperfect one: Villarreal was never charged with domestic violence, and there’s no proof the university dismissed him for being gay. In fact, the university says, it never discriminates against students based on sexual orientation.

But Villarreal says many LGBT students at faith-based schools feel pressure to be someone they’re not, “and this bill will make sure that no one has to go through what I had to go through.” 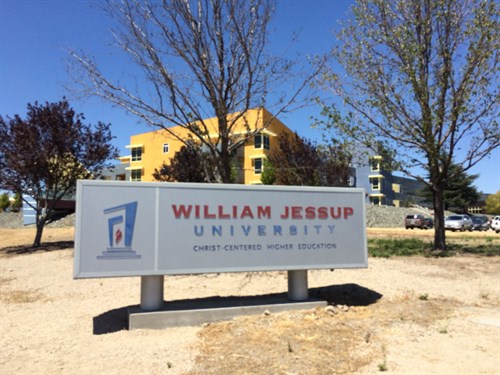 The bill he’s talking about is a measure in the California Legislature, SB 1146.

“We’re saying, if there is discrimination, and you can prove that in a court of law, people should be able to have damages for that,” says the bill’s author, Democratic Sen. Ricardo Lara.

Religious colleges and universities can claim an exemption from federal and state anti-discrimination laws. In California, those laws cover sexual orientation. Lara wants to end that exemption under state law for any institution that receives public funding – including state financial aid.

“We do think it’s ultimately a religiously discriminating bill,” Jackson says. “To our knowledge, there has never been a religious test for public benefits.”

“The danger that we pose is that when we try to parse out what is religious and what we view should be the proper view, we're kind of imposing a secular view on that religious institution,” Republican Asm. James Gallagher said at a recent legislative hearing.

That opposition led Lara to strip the liability provision. It now requires religious colleges and universities to notify current and future students and staff of the anti-discrimination exemption. The scaled-back bill must pass the California Legislature by the end of the month.

“This is really about the classical balance in the United States between religious liberty and the moral imperative not to harm others,” says Marci Hamilton, an expert on law and religion at the University of Pennsylvania.

“But California is the only state where the disclosure is being introduced, and there’s no background RFRA, and so the religious groups are basically having to explain themselves to the Legislature,“ Hamilton says. “So it’s dramatically different politically.”

And the issue isn’t going away. Lara says he’ll try again next year to make religious colleges and universities liable for discrimination.