A new study finds that “megafires” that severely burn large areas of the Sierra forest could lead to the extinction of the California spotted owl. The study could have major implications for forest policy.

Until now, scientific studies have suggested that spotted owls could survive even severe fires, so practices such as removing trees or "thinning" the forest to prevent large fires did more harm than good for the bird’s habitat, says Zach Perry, with the University of Wisconsin-Madison.

But the new study, published in the journal Frontiers In Ecology and the Environment, could change that line of thinking. 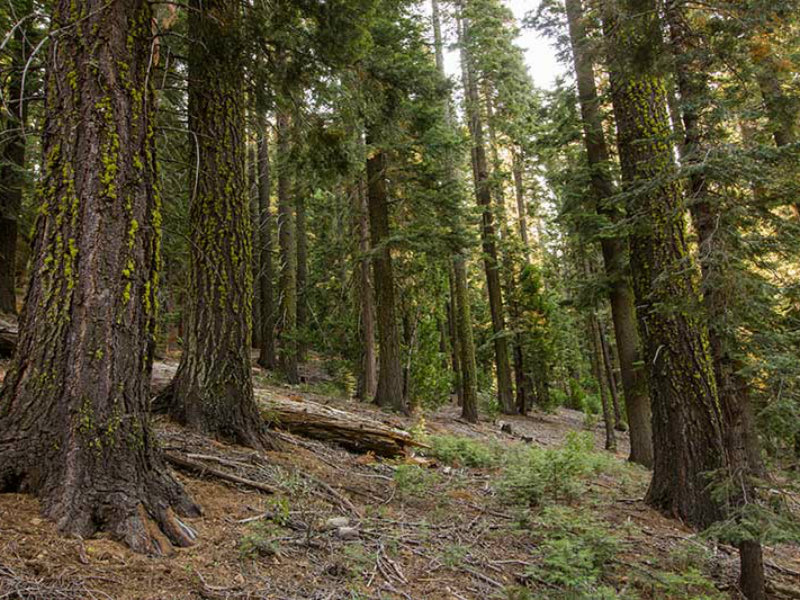 It examined owl sites before and after the 97,000-acre King Fire in the Eldorado National Forest in 2014. The fire was considered one of the most severe in California's recorded history.

“When fires happen like the King Fire that are characterized by large uniform severe patches of high-severity fire, this is not good for owls because it’s not what they’re used to, it’s not what they are adapted to live in,” says Gavin Jones, with the University of Wisconsin-Madison and the study’s lead author.

The fire touched 30 of the 45 owl sites that the researchers have monitored since 1993.

"We know what's normal, what we should normally expect in terms of how many sites become vacated each year, and following the fire all of the sites that were inside of this big patch were vacated,"says Jones. 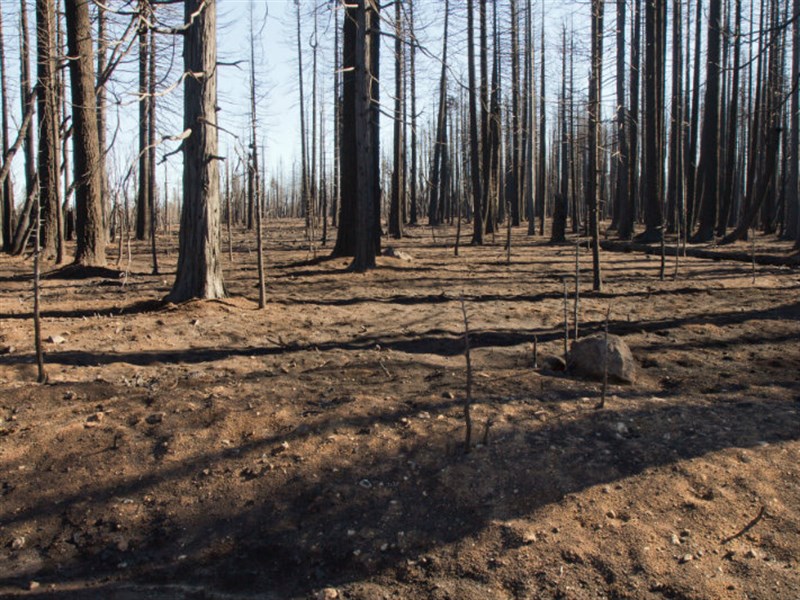 A former spotted owl nesting site in the aftermath of the 2014 King Fire. This site had been occupied by a pair of owls for 21 of 22 years prior to the fire. Photo / Sheila Whitmore

Jones says the bird’s extinction rates were seven times higher at severely burned sites. He says practices like thinning and prescribed burning could benefit the spotted owl in the long run, by preventing conditions that produce megafires.

Both researchers say it's a delicate balance.

"If we don't restore enough of the forest we might lose a lot of habitat for old forest species like spotted owls," says Zach Perry. "But if we treat and try to restore too much all at once and too vast, we're probably going to compromise and degrade too much owl habitat and put owls at risk of extirpation."