Here’s the thing about a state that’s governed entirely by Democrats: There aren’t any California elected officials around during the Democratic National Convention. As a result, for the first time ever, California’s state schools chief is acting governor.

California Gov. Jerry Brown is attending the Democratic National Convention in Philadelphia this week. So is Lt. Gov. Gavin Newsom. And so are the leaders of the state Senate and Assembly, and all but one of California’s other statewide elected officials. 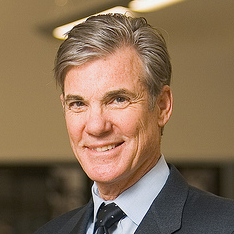 So who’s running the state this week? That would be Superintendent of Public Instruction Tom Torlakson, who’s eighth in the line of succession. It’s the furthest down the gubernatorial line of succession that California has ever gone – and the first time ever a state schools chief has served as acting governor. In fact, the office was only added to the succession line in 2008.

Before now, as far as we can tell, the succession chain has only ever reached fifth in line, in 2010. That was the state’s attorney general – a guy named Jerry Brown.

The governor’s office says Brown will return to California on Thursday.